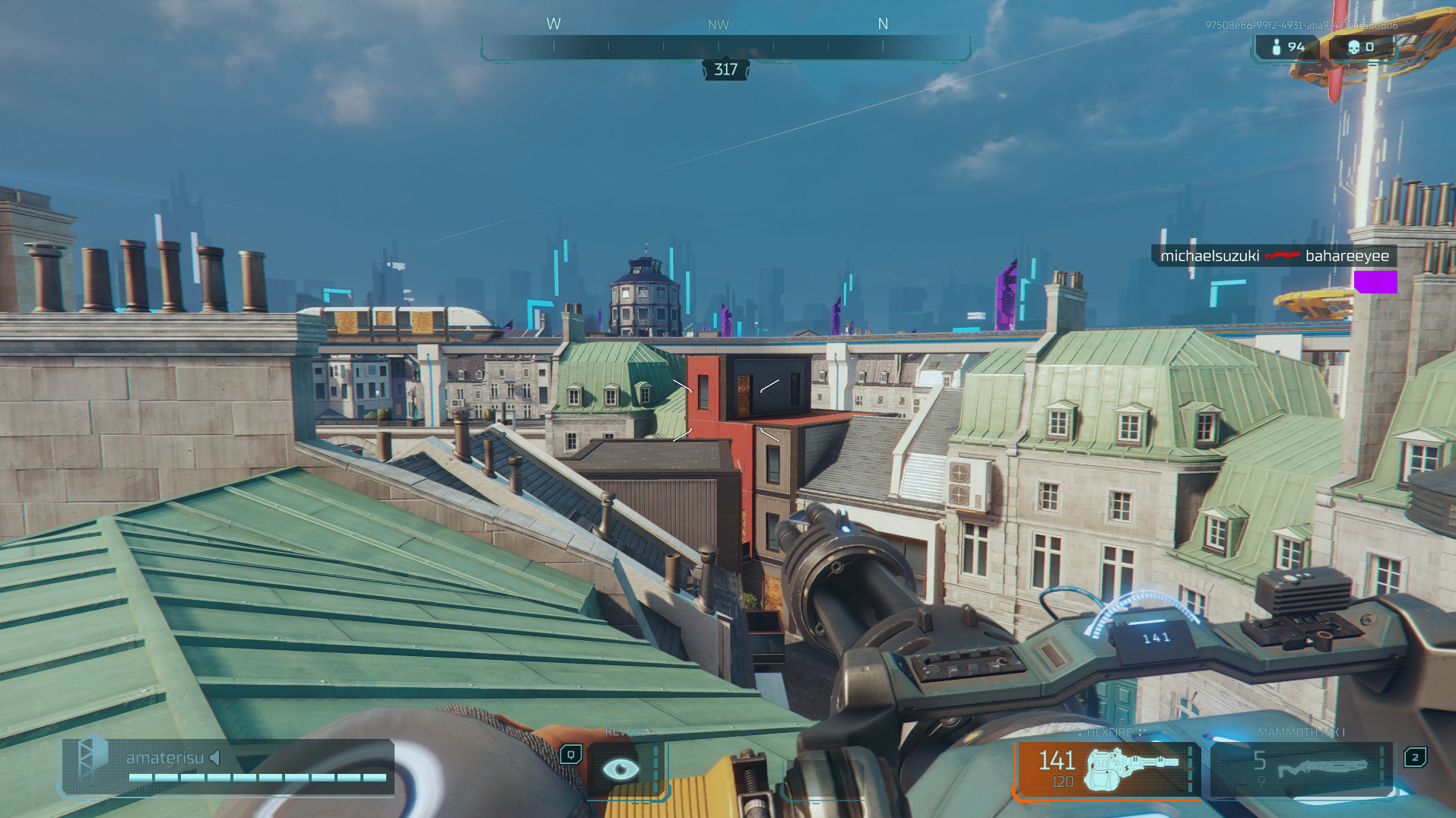 Ubisoft’s Hyper Scape is a unique addition to the battle royale genre. The game has a very distinct arena shooter feel while retaining the aspects that make it a battle royale title.

Even the aesthetic of how weapons and abilities are dropped around the map is reminiscent of Quake. With this being the case, the game offers a variety of different weapons to be used by the player in different situations they may be faced with.

Although some weapons are much more effective than others depending on the situation, let’s go through the best weapons in Hyper Scape.

The strongest pistol in the game, Riot One is an immensely powerful weapon when used by a precise marksman. If you can hit your shots on target, it does not take many to put an opponent down, especially when the weapon is fully upgraded. In the early game, there may be no better weapon than the Riot One.

The Skybreaker’s single-shot energy cannon creates an orb that that damages any enemies within the area surrounding the orb. This is perfect for enemies grouped up on a roof or within a building. The high damage output only gets greater when fully upgraded, making this a good weapon to use in both solo and squad games.

The Ripper is a gun that will feel most familiar to anyone that has played any first-person shooter title before. Hyper Scape’s automatic assault rifle has great damage in its base form, but once fully upgraded, the increased magazine size and bonus damage makes this the perfect gun for beginners. It’s both easy to use and effective from short to long-range, allowing it to have more versatility than a lot of the other weapons within the game.

Sniping is one of the most popular ways to play any battle royale title and Hyper Scape makes that easy with the Protocol V. Being the only sniper in the game, players can only really use this weapon for long-range engagements, however, this is no problem as it excels above most other weapons in the game.

The Protocol V also has absolutely no bullet drop, which makes it much easier to hit shots on moving targets.

Easily the most used weapon in the game, the Hexfire excels above the rest due to its massive magsize as well as it’s incredibly fast firing rate. Once fully upgraded, this weapon will hold 270 bullets in its clip at any given time. The biggest downfall to this weapon is its weak bullet damage. The accuracy and speed this weapon allows for, though, almost completely negates its weak damage output. There is no doubt the Hexfireis the best weapon to help you win medium or short-range gunfights.