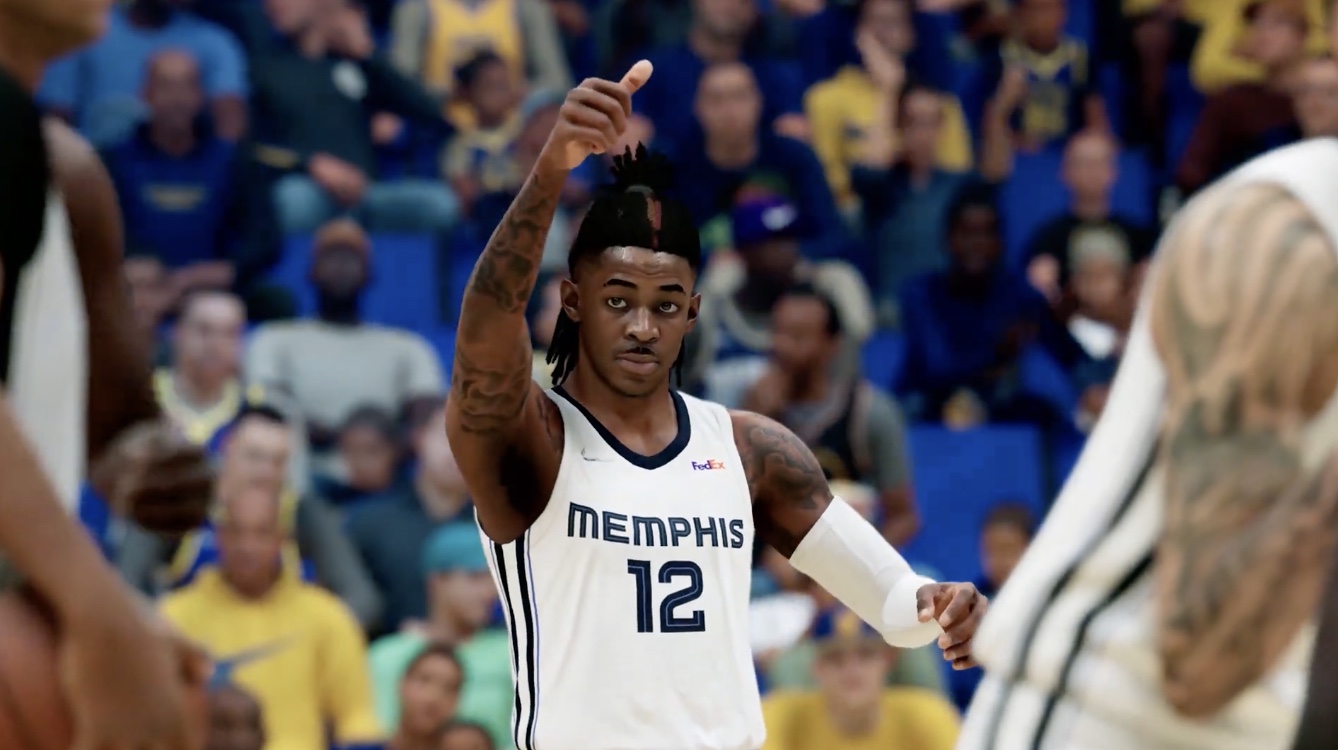 The 2021 rookie class has the potential to be an all-time great draft class. Throughout the first round, there are several players with all-NBA upside and many more that project as excellent role players on playoff teams.

Rookies are investments in NBA 2K22. Whether it’s in MyGM or MyTeam, picking up qualities rookies early on could pay dividends several months after the game’s release. A high-quality rookie will progress throughout the season, and good performances in real life will lead to stat boosts in the game.

Rookies don’t have excellent stats across the board, but will generally be outstanding in one aspect of the game. When facing an opponent’s bench rotation, rookies have the chance to shine in limited roles.

Bouknight is a pure scorer. Give this shooting guard the ball and he’ll find a way to hit the net, and his scoring stats are solid for a 74 overall rookie. Bouknight is a solid offensive weapon coming off the bench, sporting an 85 driving dunk, 81 free throw, and an 80 ball handle. With LaMelo Ball leading the Charlotte Hornets’ dynamic offense, Bouknight fits right in as a solid backup point guard that has sparkplug scorer upside.

Kispert can shoot the ball. The Washington Wizards draft pick is one of the best three-point shooters in his draft class. An 85 three-point shot rating combined with an 87 free-throw rating makes him a great offensive option coming off the bench. Kispert needs to be paired with a point guard that can handle the ball, but a shooter of his caliber is undeniably useful in NBA 2K22.

The Golden State Warriors will be a dominant team in NBA 2K22 because of Stephen Curry, Klay Thompson, Draymond Green, and in-game beast Andrew Wiggins. Jonathan Kuminga is the Warriors’ first-round pick that is a raw talent with tons of upside.

Kuminga is an athletic forward that puts pressure on the defense. His 83 athleticism rating is among the best in his class. His 85 driving dunk and 85 hands make him dominant on the fast break and a solid pick-and-roll option off the bench. Kuminga struggles with shooting the ball due to a 63 outside scoring rating, and he isn’t a great defender, but the Warriors are so stacked that his weaknesses shouldn’t be too much of an issue.

The Oklahoma City Thunder is a great team for MyGM players looking for a challenge, and Giddey is a solid point guard on a horrible team. He is a tall point guard with an excellent 81 playmaking rating for a rookie. His shot and inside scoring need development, but his 85 potential indicates he’ll become an 80+ overall weapon later into his career. The trio of Giddey, Shai Gilgeous-Alexander, and Luguentz Dort is a good young core for a team with plenty of draft assets ready to trade.

Mitchell is a nightmare on defense—just ask James Bouknight. The six-foot guard known as “Off Night” is one of the best defensive guards in the draft class. His 80 defensive consistency and 87 lateral quickness ratings mean Mitchell will stick with most guards in the game. The Sacramento Kings guard’s 80 athleticism makes him a great partner with either the quick De’Aaron Fox or methodical Tyrese Haliburton. Mitchell is a poor shooter and has a horrible 36 ball handling rating, however, making it hard to run him as a starting point guard.

The Toronto Raptors surprised several fans by picking Barnes with the fourth-overall pick in this year’s draft. Barnes proved during Summer League that he is an NBA-ready defender with all-defense upside. This rangy forward boasts an 83 athleticism rating and a 73 defending rating, which is solid for a rookie. Barnes will contribute to the Raptors’ defensive forward lineup including OG Anunoby and Chris Boucher. His shot is poor, but Barnes should be an excellent player in MyGM as his career progresses.

The Orlando Magic were over the moon when Suggs dropped to them with the fifth pick. Suggs is a dynamic point guard with an excellent all-around game. His 82 playmaking and 83 athleticism make him an instantly good option as a backup point guard. He boasts a 77 three-point shot and an excellent 81 close shot rating, making him a day-one threat that should break 80 overall by the all-star break.

Mobley is the best big man in this draft class. The Cleveland Cavaliers drafted Mobley with the third-overall pick. He plays well with the team’s guards Darius Garland and Collin Sexton.

Mobley has a solid 79 rebounding rating to pair with his solid inside scoring and athleticism. Mobley isn’t a stretch big, but that’s fine. Focus on running pick-and-roll with Sexton or Garland and get Mobley easy baskets. Mobley will also be a useful rebounder in matchups against some of the league’s dominant big men.

Green is a bucket. It’s that simple. The second-overall pick to the Houston Rockets is the best scorer in his class. When paired with John Wall and Christian Wood, the Rockets are going to be a sleeper team in NBA 2K22. Green’s 80 outside scoring and 82 athleticism are some of the best in his class. He can score well at all three levels with a 77 close shot, 78 mid-range shot, and an 80 three-point shot ratings. His 82 speed, 92 vertical, and 85 driving dunk mean Green will have multiple highlight dunks per game.

Prior to this year’s draft, many analysts viewed Cunningham as a generational talent. Tasked with reviving the Detroit Pistons, Cunningham is the first pick and highest-rated rookie in the game. The tall point guard has a stellar 82 outside scoring with an 80+ close shot, three-point shot, free throw, shot IQ, and offensive consistency. To pair with his scoring, Cunningham is a great playmaker for a rookie, with a 79 playmaking ability highlighted by an 86 ball handle rating. Cunningham has middling defensive and inside scoring stats, but with a 95 potential rating, it’s a certainty those weaknesses will be fixed two years into a MyGM career.