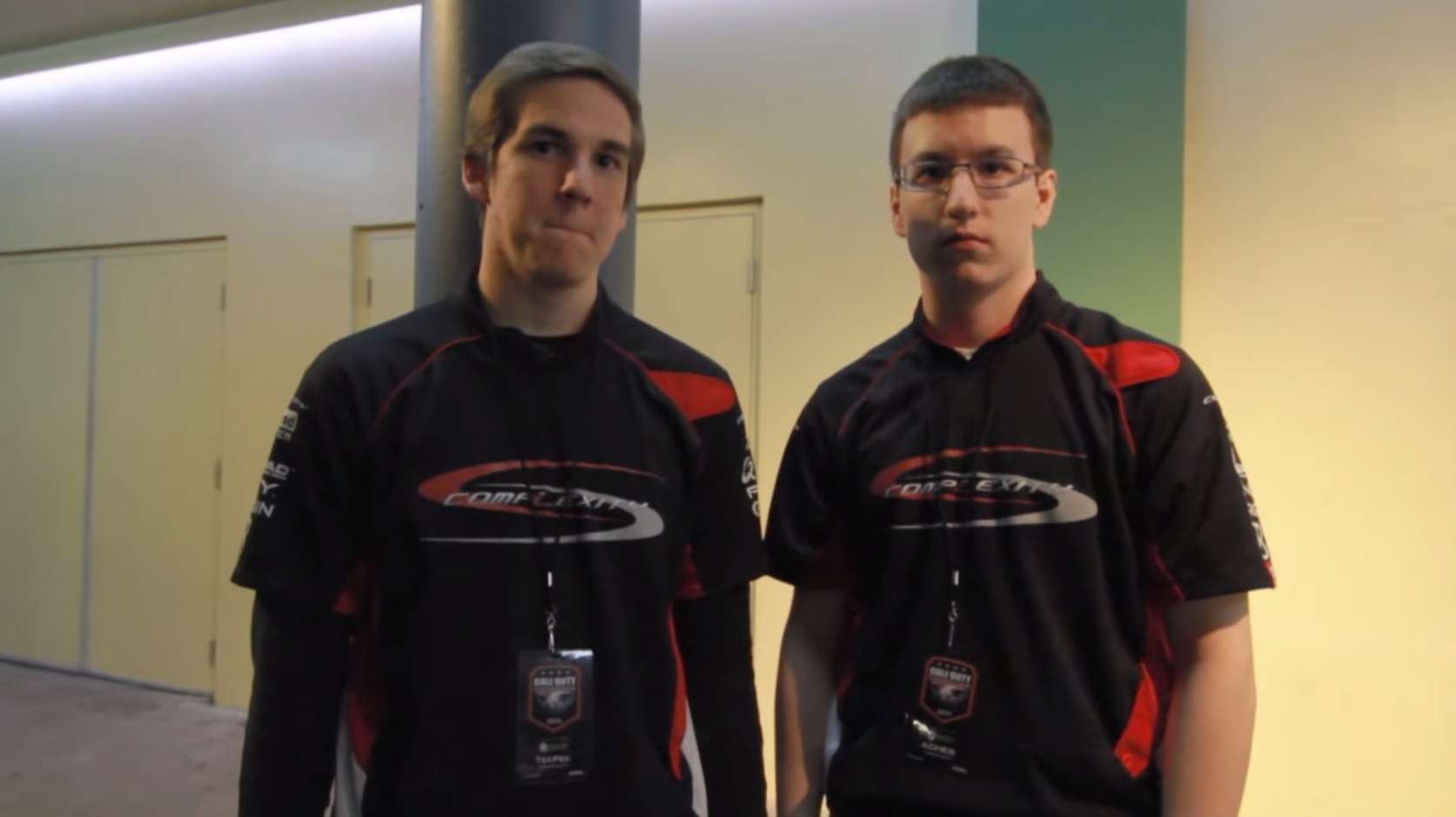 Two of Call of Duty’s most decorated professional players announced their free agency and intention to join a team together yesterday. The move would reunite one of the game’s most prolific duos: Patrick “ACHES” Price and Tyler “Teepee” Polchow have not teamed since the release of Advanced Warfare. But as members of Complexity in the previous release of the Call of Duty series they were the backbone of the greatest dynasty in the game’s history .

Almost exactly one year ago—June 22, 2014—Price and Polchow’s Evil Geniuses took the Major League Gaming (MLG) Anaheim title, the 13th major win in a year-and-a-half long run of victories that included the 2014 Call of Duty Championship, the most dominant stretch for any team in Call of Duty history—the current version of OpTic Gaming included.

My, how times have changed.

Free Agent for Season 3. The duo @prophACHES and I are looking for a Season 3 team. Let us know if interested.

In Advanced Warfare, the two are afterthoughts. Price’s team, Prophecy, was just relegated, failing to qualify for the third season of the MLG Pro League, putting him in unfamiliar territory outside the game’s top competition. Polchow’s EnVyUs may have remained in the league, but he hasn’t placed higher than 4th at an event in Advanced Warfare, and that was a rare result for his OpTic Nation teams.

Could bringing the two together again revive some of their magic and lift them out of the lowest point in either of their careers?

The question now is whether a team will take the plunge with one of the most successful duos in history, or if Price and Polchow are perhaps ruining one of the greatest legacies and legends in Call of Duty.

Critics point out that the pair always had superstar slayers surrounding them, first in Seth “Scump” Abner and then with Ian “Crimsix” Porter for most of their wins. In Advanced Warfare, Porter has continued his dominance while Price and Polchow have only dreamed of it. Can Price and Polchow win without superstars around them? And even if they had that, would they bring them down?

The game itself likely isn’t optimal for the two’s talents Advanced Warfare favors fast paced fragging and features movement unlike any previous Call of Duty title, forcing the game’s focus more on twitch skill versus tactics and teamwork. That likely hurts the efficacy of a duo famed for their leadership, smart play, and chemistry (not that their slaying skill was ever really lacking).

What gives hope that the pair could again rise to the top of the game is the release of Black Ops 3, which promises to tone down some of the arcade aspects of the current title. But for now, Polchow and Price will seek a team to continue playing in the MLG Pro League. Whether they find one is a different matter. Many squads already have rosters set, and ones that don’t, like Envy and Elevate, look to be moving in a different direction. But it’s hard to keep the experience and pedigree of players like Price and Polchow out, even if they may be down right now.