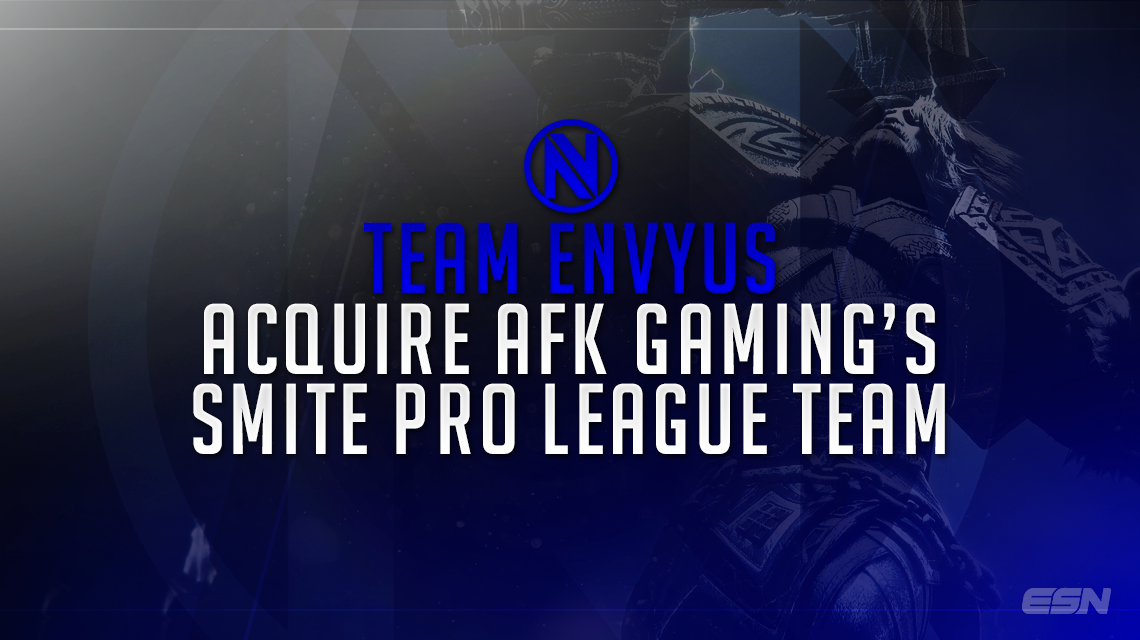 Team EnVyUs has officially stepped into yet another eSports title with their acquisition of AFK Gaming’s professional SMITE team, who currently hold the number-one position within the Smite Pro League North American Fall Split. The organization supports some of the world’s most talented competitors and continues to be a prime example within competitive gaming.

https://twitter.com/TeamEnVyUs/status/651144106945572864 The EnVy Smite team will continue to compete under the organization throughout the remainder of the Smite Pro League, at the upcoming The Super Regionals, and at the Smite World Championship 2016, which will be taking place on Nov. 17-22, 2015 and Jan. 7-10, 2016, respectively. The current Smite roster is as follows: This squad is no stranger to winning, as they currently hold an 18-2 record within the Fall SPL Split. EnVy Smite has a comfortable lead at the moment and are looking to compete at SWC 2016, depending on how they perform. EnVy Smite’s Captain Incon stated how excited he was to represent the organization, and how hard he and his team will be competing:

We are honored to be working with an organization as amazing as EnVyUs. Joining such a renowned team is both humbling and an honor. We will be working extra hard to make sure Team EnVyUs is the best team in Smite.

Managing Director Mike “Hastr0” Rufail has mentioned his enthusiasm on the newest addition, by stating how “very excited” he and his organization were, “to bring this Smite team into the EnVyUs family.” You can read up on the official announcement article in its entirety here: https://teamenvyus.com/news/smite-signing/#prettyPhoto. Do you believe that Team EnVyUs will be successful within Smite eSports? Let us know. Stay up-to-date with future competitive gaming coverage and content over at our Twitter – @eSportsNation.