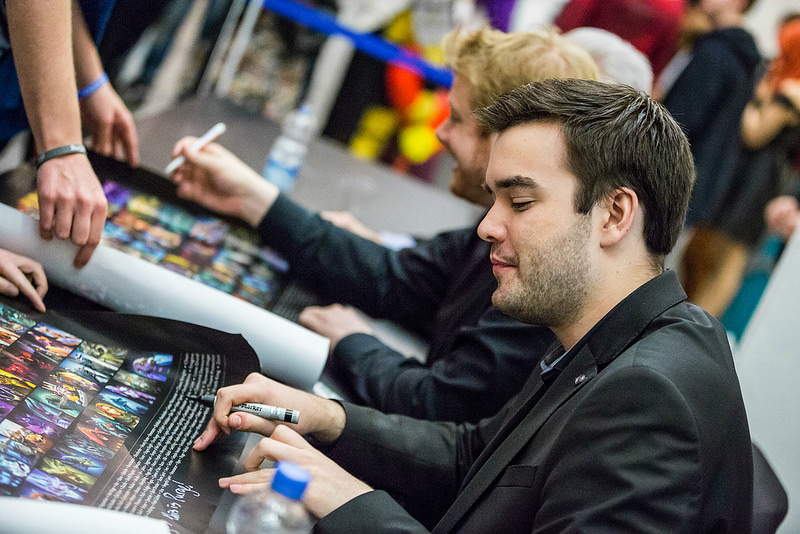 Dota 2 caster and panelist Troels “syndereN” Nielsen is returning to the player side of esports today with the announcement of his new team, Steak Gaming.

Nielsen’s return from retirement, which began in December 2013 when he started focusing on his casting career, was heralded by an appearance on Alliance’s roster versus Na`Vi earlier today. Standing in for Gustav “S4” Magnusson, Nielsen helped the Swedish side triumph over their long-standing rivals in a StarLadder League Qualifier.

In the caster’s role, Nielsen became a ubiquitous voice in Dota 2, hosting at The International on multiple occasions. He was also co-hosted YouTube studio DotaCinema with Shannon “SUNSfan” Scotten and was instrumental in the subsequent creation of new casting studio moonduck.tv earlier this year.

After 23 months away from the competitive side of the game, Nielsen’s performance as a stand-in is fairly convincing. Although with roster lock-ins for the next Valve Major in Shanghai approaching on Dec. 8, there’s not a great deal of time to prepare.

The team themselves are spread thinly across three continents, with Loucas in America, Tucker in Australia and the rest in various countries around Europe. It would seem the latter of these will be the home region for the new team.

Tucker will relocate to Germany in the coming month in order to compete on a more respective ping. Adrian “Era” Kryeziu and Elias “Sealkid” Mertas are set to reclaim their first and fifth positions respectively, just as they played on Ninjas in Pyjamas prior to their disbanding on Nov. 13 after crashing out of the Frankfurt Major during the playoffs.

Correction 8:10am CT Dec. 3: Nielsen was the co-host, not co-owner, of DotaCinema, and the roster lock for the major in Shanghai is Dec. 8.