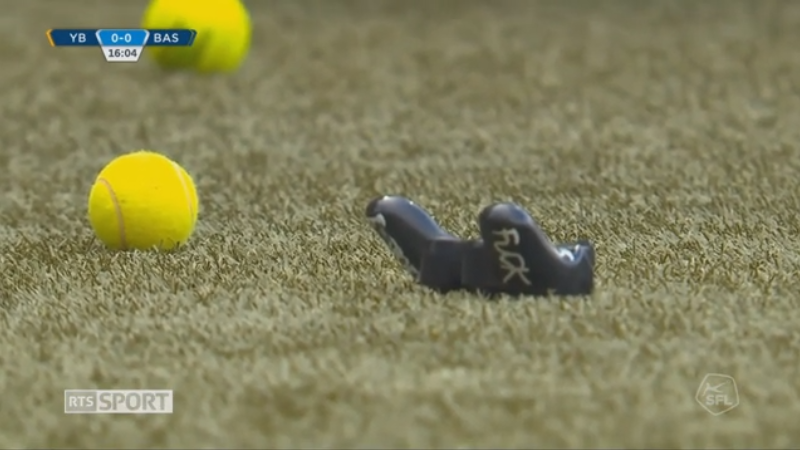 Supporters of Young Boys Bern, a soccer club in the Swiss Super League, protested esports Sunday by throwing tennis balls and console controllers onto the field during a match between Young Boys and FC Basel.

First reported by RTS, referees had to stop the match 15 minutes in after the supporters, named the Ultras, threw objects onto the field of play. The supporters further protested esports with a large banner with a pause button on it.

Individual Bernese and even Basel fans brought their own banners, too. One of which read, “Scheiss E-Sports,” which roughly translates to the simple message of “esports are shit,” according to Google translate.

Basel fans caused an interruption in the second half, but the match was eventually completed. Young Boys won 7-1.

While FC Basel has three contracted FIFA players, all of which were re-signed on Sept. 13, it remains unclear why the Bernese supporters reject esports so passionately. While esports has grown and seen interest from major soccer clubs around the world, Young Boys Bern doesn’t appear to have any affiliation with esports.

Update Sept. 26 1:44am CT: The reason for the protests appear to stem from a rumor that the Swiss Super League will create its own esports league in March and force its soccer clubs to expand into esports with a license.