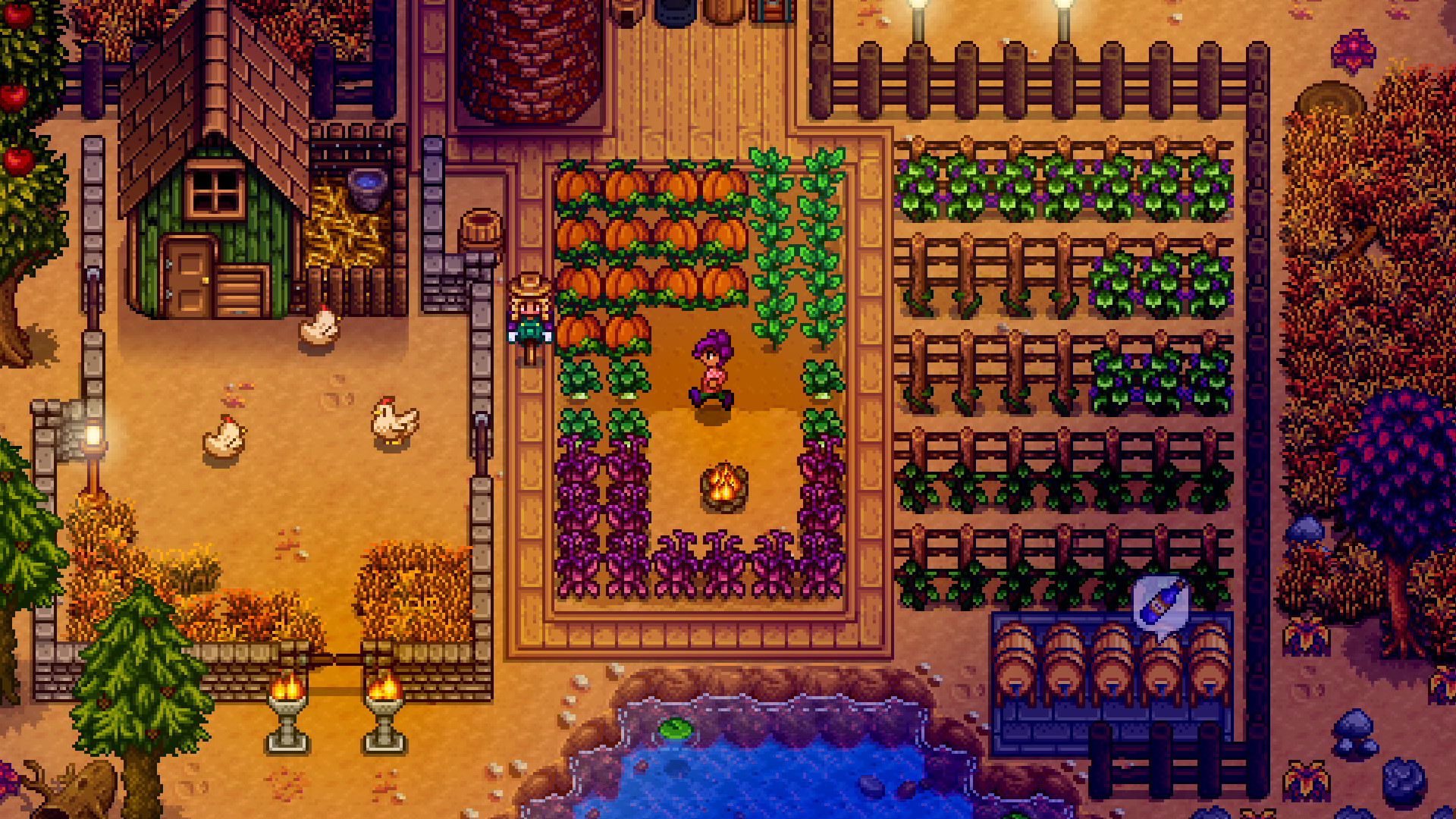 Image via Chucklefish Fair Use

Stardew developer ConcernedApe released update 1.5.5 for the game on Nov. 30. The update itself isn’t monumental and mostly deals with bug fixes in localized versions of the game and quality-of-life updates for modders. But at the very end of the patch notes, ConcernedApe mentions that there might be new content in the upcoming 1.5.6 update.

“There may be some new content in 1.5.6, too, but it’s not going to be anything huge like 1.5,” ConcernedApe said. He’s referring to Stardew‘s massive 1.5 update, which brought a significant amount of new end-game content to the game about a year ago.

This statement goes against what ConcernedApe previously said regarding new Stardew content, though. The developer said before that he wasn’t sure whether the game would get new content at all following the 1.5 update, according to Eurogamer. After announcing his new game in development, Haunted Chocolatier, ConcernedApe shared that “right now I am focused on my next game.” Despite this statement, his note at the bottom of the 1.5.5 patch notes makes it seem as though there’s more content on the way for Stardew in the not-so-distant future.

Based on its initial trailer, Haunted Chocolatier seems to be in roughly the same vein as Stardew. Players will be able to gather ingredients, run their own chocolate shop, and make friends with villagers like in Stardew. The game does not yet have a release date but it’s in “an advanced stage of development,” according to ConcernedApe.