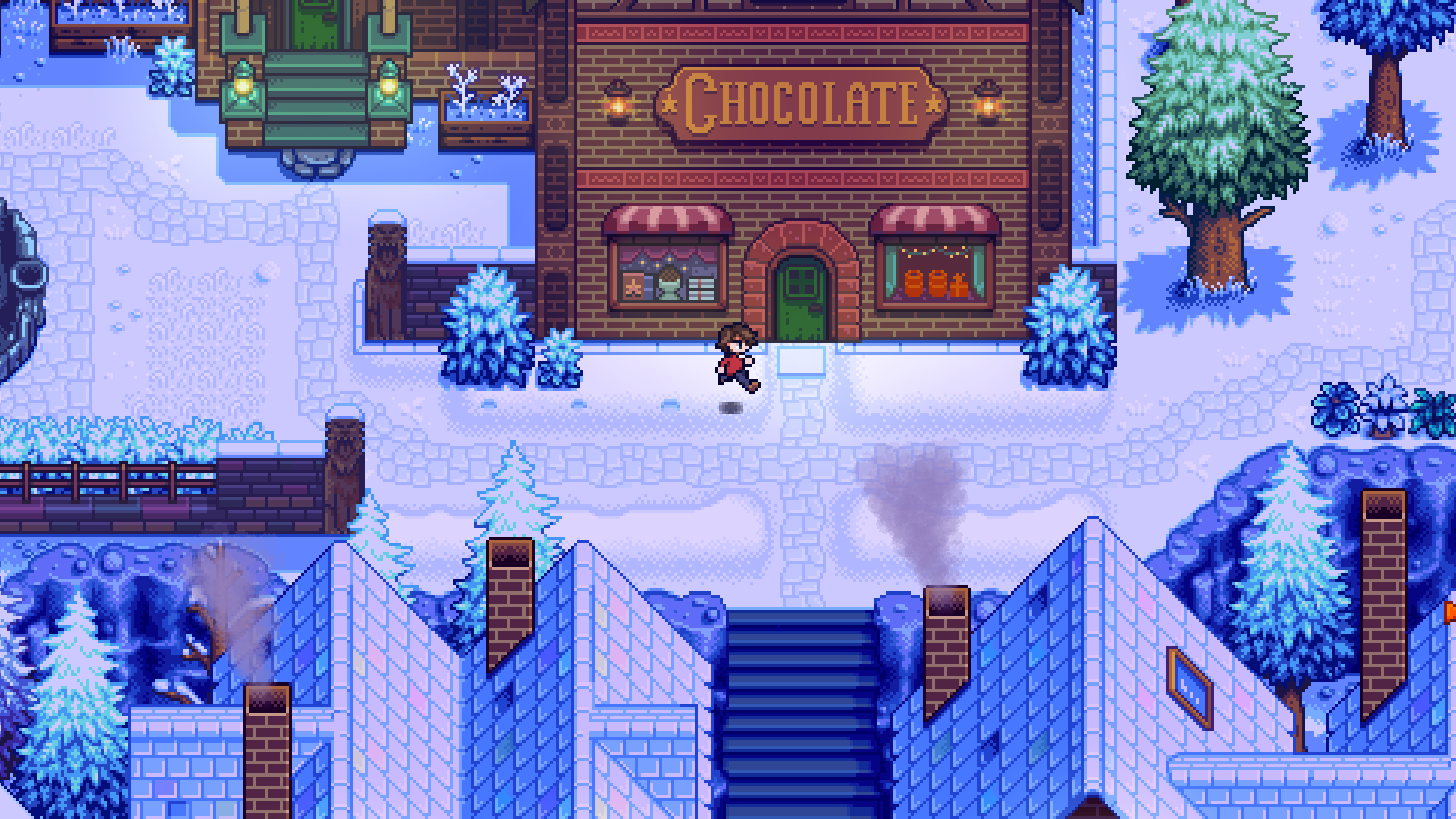 With just one hour’s notice, Stardew Valley developer Eric “ConcernedApe” Barone tweeted that he had something to show fans today—and that ended up being a new game.

Players can create their own chocolate shop in ConcernedApe’s newest game, Haunted Chocolatier. In the announcement video, players got to see a new world that might even be set in Stardew Valley‘s universe. In the video, several themes appeared, such as combat, crafting, and making chocolates.

On his new website for the game, hauntedchocolatier.net, ConcernedApe describes his intent for the game, which includes “fantastical possibilities… experiences that take you beyond the ordinary.” There’s also “magical haunted ghost chocolate.”

ConcernedApe goes on to say that at its core, the game will involve gathering ingredients, making chocolate, and running a chocolate shop. There will be more to the game as well, but those are the main aspects of it.

In the video, new winter-themed scenery came into view with multiple characters and buildings, such as the chocolate factory. The art style looked similar, almost identical to the way Stardew Valley was designed. Inside the chocolate factory, there were some little ghosties that looked to be helpers.

As far as a release date, there isn’t one planned yet. CocnernedApe did say that while the video looked very put together, the game is at “an advanced stage of development” and there’s still a lot of work to be done.

Fans will be waiting for a while to get their hands on the game. But with the success of Stardew Valley behind it, it’s sure to be an instant success.