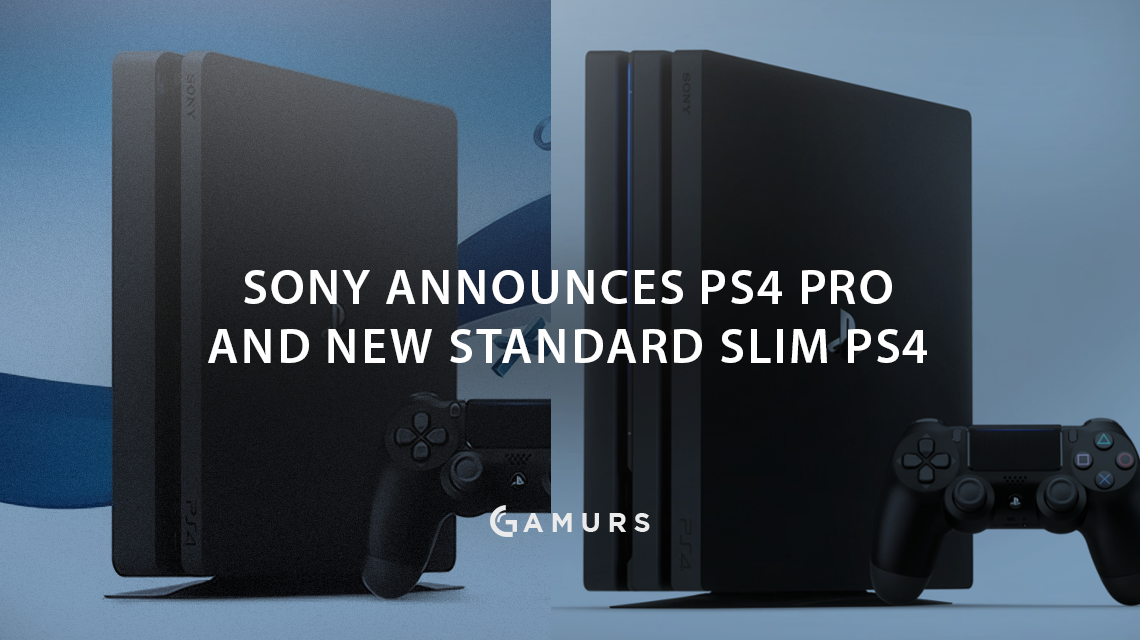 Sony has announced two new models of the PlayStation 4 at apress event in New York today. Thanks to numerous leaks overthe past few months, they came as no surprise, but officialconfirmation came from Sony CEO Andrew House.

First up is the new standard PS4, which is slimmer and lighterand will now retail for $299, a $50 price drop from the previousstandard model. It is both smaller, slimmer and lighter than theexisting PS4 models as well as being more power efficient.

On top of that, Sony announced the PlayStation 4Pro. The PS4 Pro has an upgraded GPU, a boosted clockrate, better interoperability and a 1TB hard drive. The system willsupport 4K visuals and high dynamic range, as well as bettersupport for virtual reality. It will launch on November 10 at$399.

Basically, the system is a more powerful PS4 to run alongsidethe existing model with 4K resolution support. The PS4 Pro willhave certain advantages on existing HDTV’s as well, althoughspecific details were not given.

How does this affect esports? It remains to be seen, but it’spossible that higher fidelity visuals could give an advantage toplayers, such as seeing an enemy in Call of Duty at a furtherdistance that may be more difficult to see on a regular PS4. SinceCoD’s new home is PS4 for the foreseeable future, this could havean effect on the scene.

Activision came on stage to announce that Infinite Warfare andModern Warfare Remastered would be supporting PS4 Pro on day one,as well as Black Ops III with a title update. So it appears thatexisting games will need full-fledged updates to operate on a PS4Pro.

Will you be picking up the PS4 slim or PS4 Pro? Let us know inthe comments below.