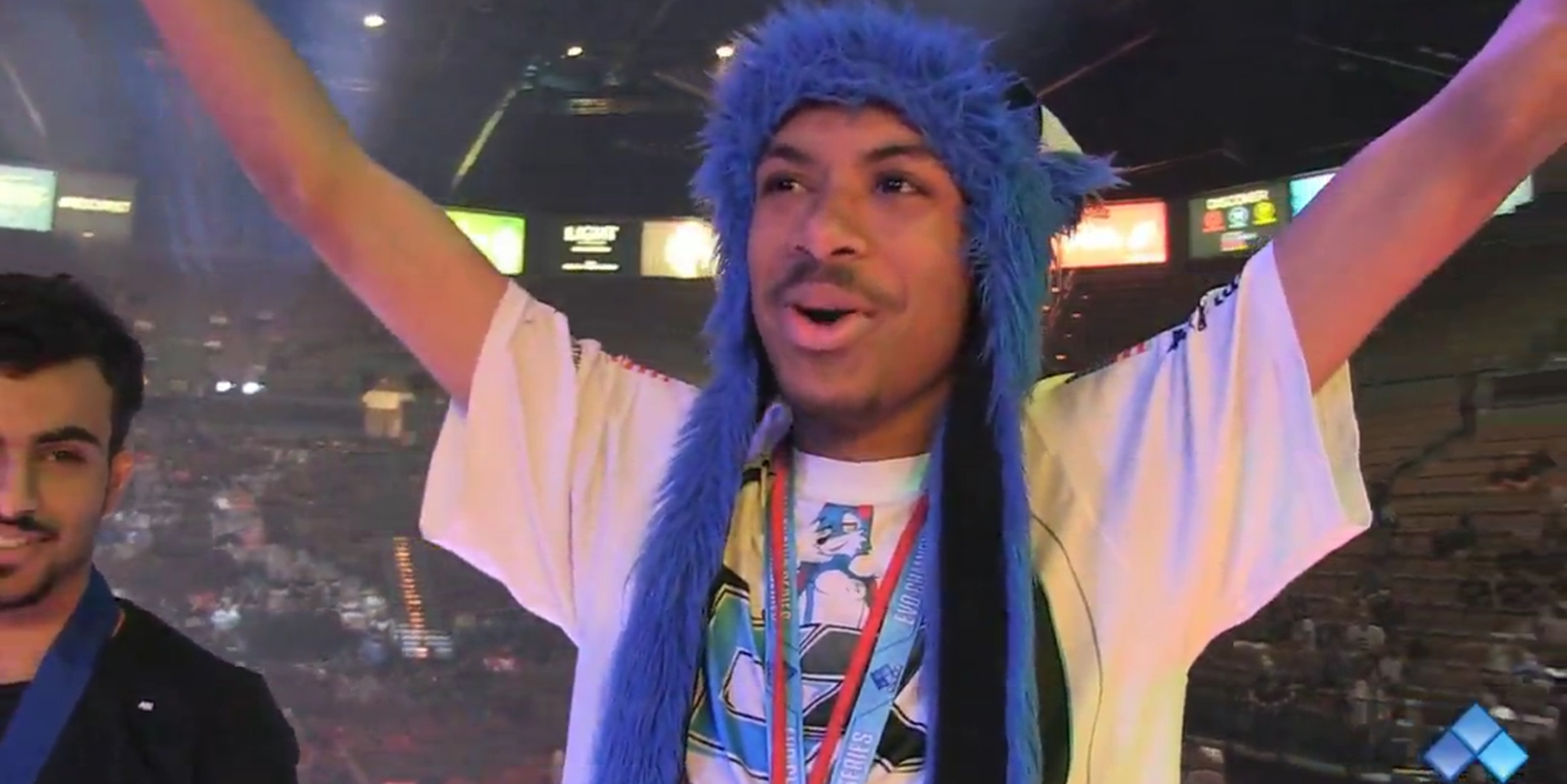 His appearance, much like his performance, never looked more human.

SonicFox survived an incredible challenge from Bahrain’s Sayed Hashim “TekkenMaster” Ahmed to successfully defend his Mortal Kombat title on Sunday. The Evo title was his third in three years following his Injustice win in 2014 and his Mortal Kombat X victory last year.

For a while, it appeared that SonicFox would cruise to another championship. He easily handled Alexandre “Hayatei” Dubé-Bilodeau in the winners’ semifinal with a 3-0 victory, then beat TekkenMaster by the same margin. After TekkenMaster earned his spot in the grand final from the losers’ side, SonicFox won the first game and it appeared that the rout was on.

Then TekkenMaster made things interesting.

TekkenMaster’s War God Kotal Kahn play in the grand final turned what seemed like a foregone conclusion into a thriller. He beat SonicFox to even the set at 1-1 and force SonicFox to switch away from Cassie Cage, one of his favorite characters, to Erron Black, a character he pulls out in clutch situations. The switch didn’t work as TekkenMaster won the first set 3-1 to force a bracket reset.

Once SonicFox took a 2-1 lead in the reset, TekkenMaster switched to the Blood God variation of Kotal Kahn and took the fourth game to force a decisive fifth game. SonicFox switched characters again, this time to the Acidic variant of Alien, widely believed to be the game’s strongest character. The switch paid off this time, as SonicFox emerged from a nervy final game as Evo champion.

The 18-year-old SonicFox has been the most dominant force in Mortal Kombat over the past year-plus. In addition to his pair of Evo championships, he has won all three seasons of the ESL Mortal Kombat X Pro League. Those five titles alone have added over $260,000 to his college fund since July of last year.

But his Evo 2016 victory was by far the most difficult of the bunch.

Brad “Scar” Vaughn bowed out in third place after a classic losers’ final battle with TekkenMaster. Their match came down to the final round of the final game, but TekkenMaster pulled off a clutch victory. The result was another close-but-no-cigar result for Scar, who finished second at the Season 2 ESL finals and fourth at the Season 3 finale.

Ryan “Big D” DeDomenico finished in fourth place after an impressive run in the losers’ bracket. He lost to Scar in the winners’ round of 64, but responded with seven straight do-or-die wins before falling to Scar on Sunday.

Canada’s Hayatei, the only non-American among the top eight besides TekkenMaster, tied for fifth place with Ryan “WoundCowboy” Gonzales. Ryan “Dragon” Walker and Michael “Michaelangelo” Lerma tied for seventh.