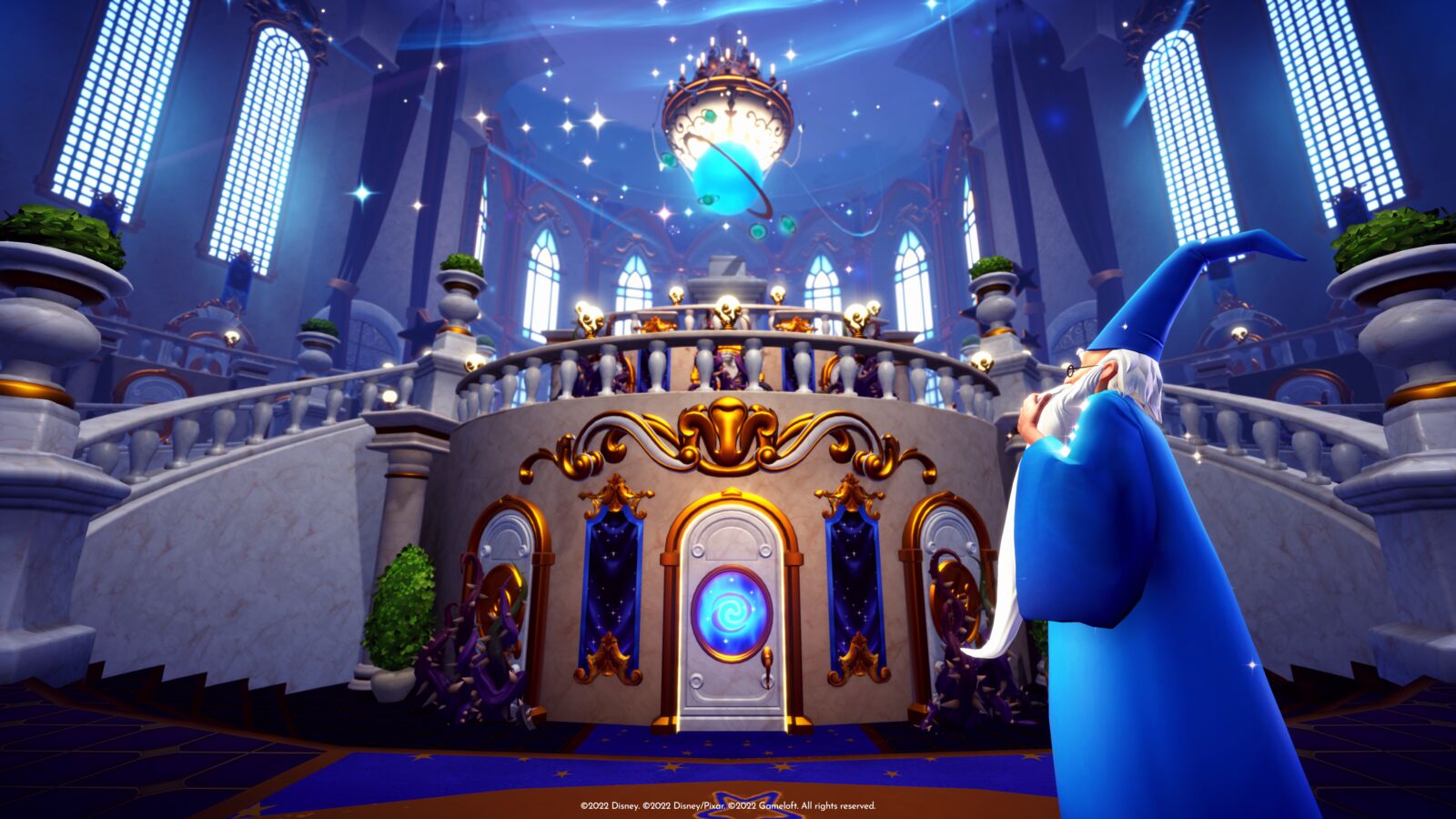 When players unlock Dazzle Beach in Disney Dreamlight Valley, they’ll run into Ursula, the sea witch. She’ll be in a bit of a pickle since she can’t move out of the cave and will task players with freeing her by completing a cave somewhere else on the island.

That cave is by the tree and grassy area right by the entrance to the beach closest to the Plaza. When players enter the cave, they’ll be met with several puzzles that must be completed before they can move on and get the orb to free Ursula.

Players will need to solve each puzzle in order to open up the gates that block progress to the lower levels. There are three puzzles to complete before you can get the orb to put in the pillar and free Ursula.

First hint: “Provide the gem that matches best to continue on your hero’s quest.”

The first task the cave will give players is to find a Gem that matches the color in the statues. One is red, one is blue, and one is green. Each of these Gems are found in areas the player already has unlocked, Dazzle Beach, Peaceful Meadow, and the Plaza.

Second hint: “Discover the right crops to grow to continue on below. One is underground, the other gold and brown. What remains is red and round.”

For the second task, players will need to plant crops that match the hint. If you get the answer wrong, pull out the crops and dig in front of each statue again to reset the puzzle. Players should be able to dig in those spots with the shovel even if it doesn’t look like it.

The plants players need to grow are wheat, tomatoes, and carrots. Once those are sprouted, the gate will open up into the next area with the last clue to get to the bottom of the cave.

Third hint: “The final riddle, let it be known: to cook and eat what you have grown.”

The third task is super simple and players won’t even need to leave the cave for it. Once the plants you’ve used for the last step have grown, pick them up and use them in the cooking pot by the gate. This will make Veggie Pasta and if you haven’t found the recipe yet by trying different ingredients, you’ll unlock the recipe for it as well.

In order to complete the requirement for the gate, you also have to eat the dish, so go into your inventory and consume the pasta and the game will open.

After that, head down to the bottom and fish out the orb and then you can go back to the surface and place it in the pillar to complete the quest. Head back to Ursula’s cave to get your rewards when you’re finished, and then Ursula will become a character you can make friends with.