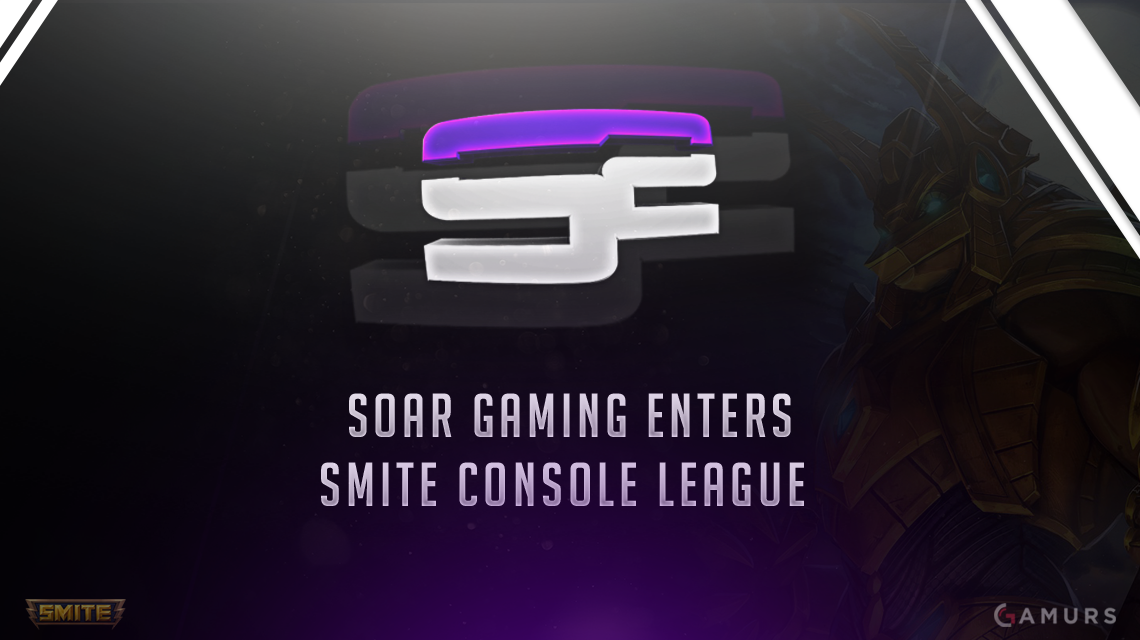 SoaR Gaming’s PC SMITE team qualified for DreamHack Summera week ago, and now the organization has announced that the teamformerly known as “Err Day Carry” will now be playingunder the SoaR Gaming Banner for the SMITE Console League SummerSplit (SCL).

If you are not familiar with SoaR Gaming, their organizationrepresents professional players in games such as Halo,Counter-Strike: Global Offensive (CS:GO) and nowSMITE.

”After our recent success in the SPL, we wanted to movemore into the eSports scene and with the help of our sponsors wewere able to make that happen,” said SoaR Gaming’s CEO General intheir official pressrelease. “On May 30th, 2016 we acquired the Err Day Carryroster. I have a lot of respect for this team, as they want to win,and strive to be the best, but at the same time they make an effortto stream and interact with there fans every chance they get.We’re very excited to be working with this team movingforward into the SCL and working with Hi-Rez Studios.”

DreamHack Summer will take place June 18-21, 2016, at the ElmiaFair in Jönköping, Sweden.

Here is the roster for SoaR Gaming (SCL)

What do you think about this new SoaR Gaming roster? Let us knowby commenting below or tweeting us @GAMURScom.