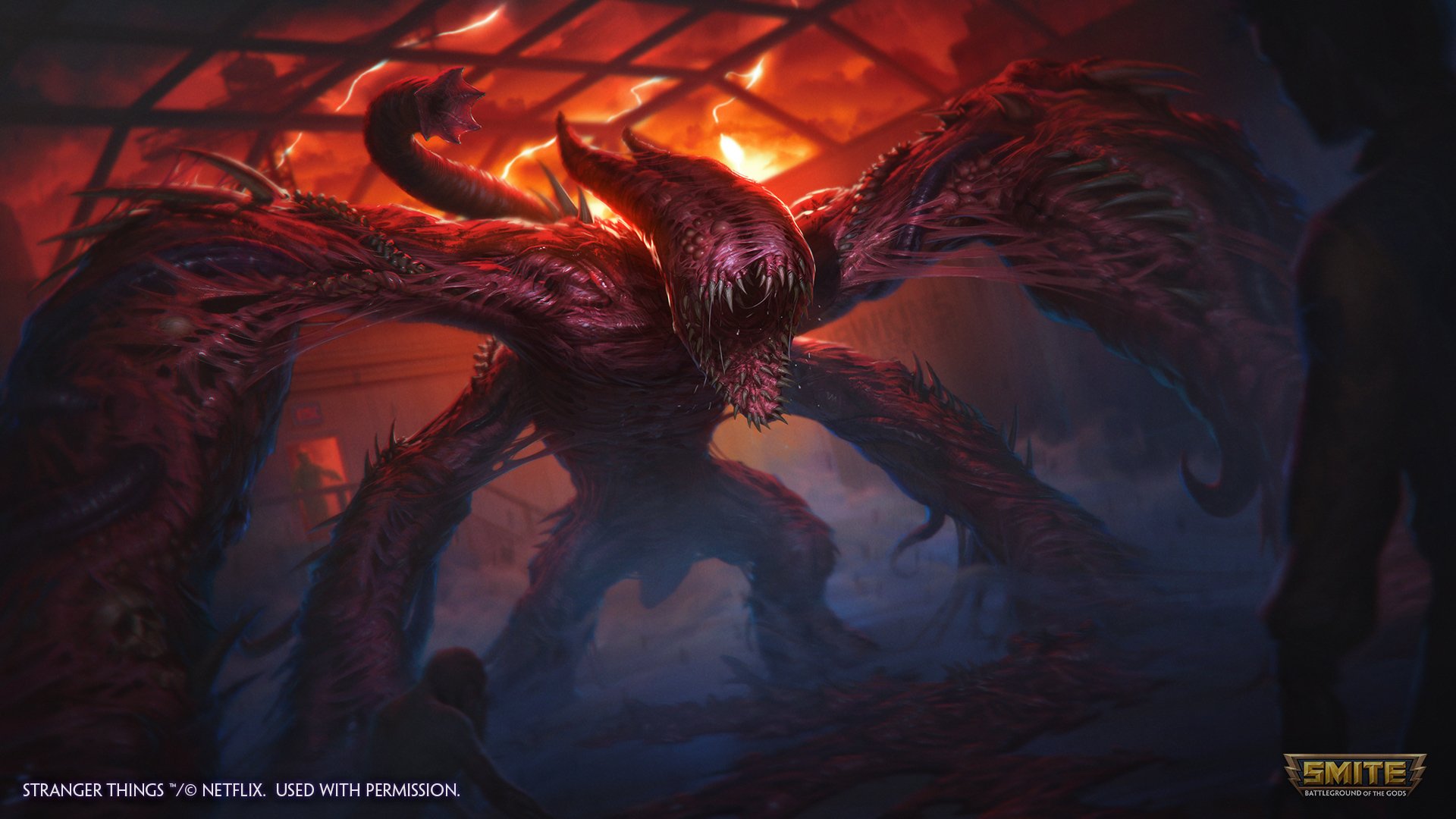 One of the world’s most popular MOBAs is about to get turned upside down.

Stranger Things first debuted on Netflix in July 2016. Since then, it’s taken over the worlds of science fiction and horror. The show follows a group of small-town folks who start to experience wild happenings after the disappearance of a young boy.

And now, some of the most popular characters from Stranger Things are available in Smite as skins. The new battle pass will include skins based on Millie Bobby Brown’s character Eleven, as well as skins modeled after David Harbour’s character, Hopper.

The new battle pass includes six skins in total from the show, as well as a plethora of other earnable cosmetics. You can take a look at all of the skins coming with the battle pass below.