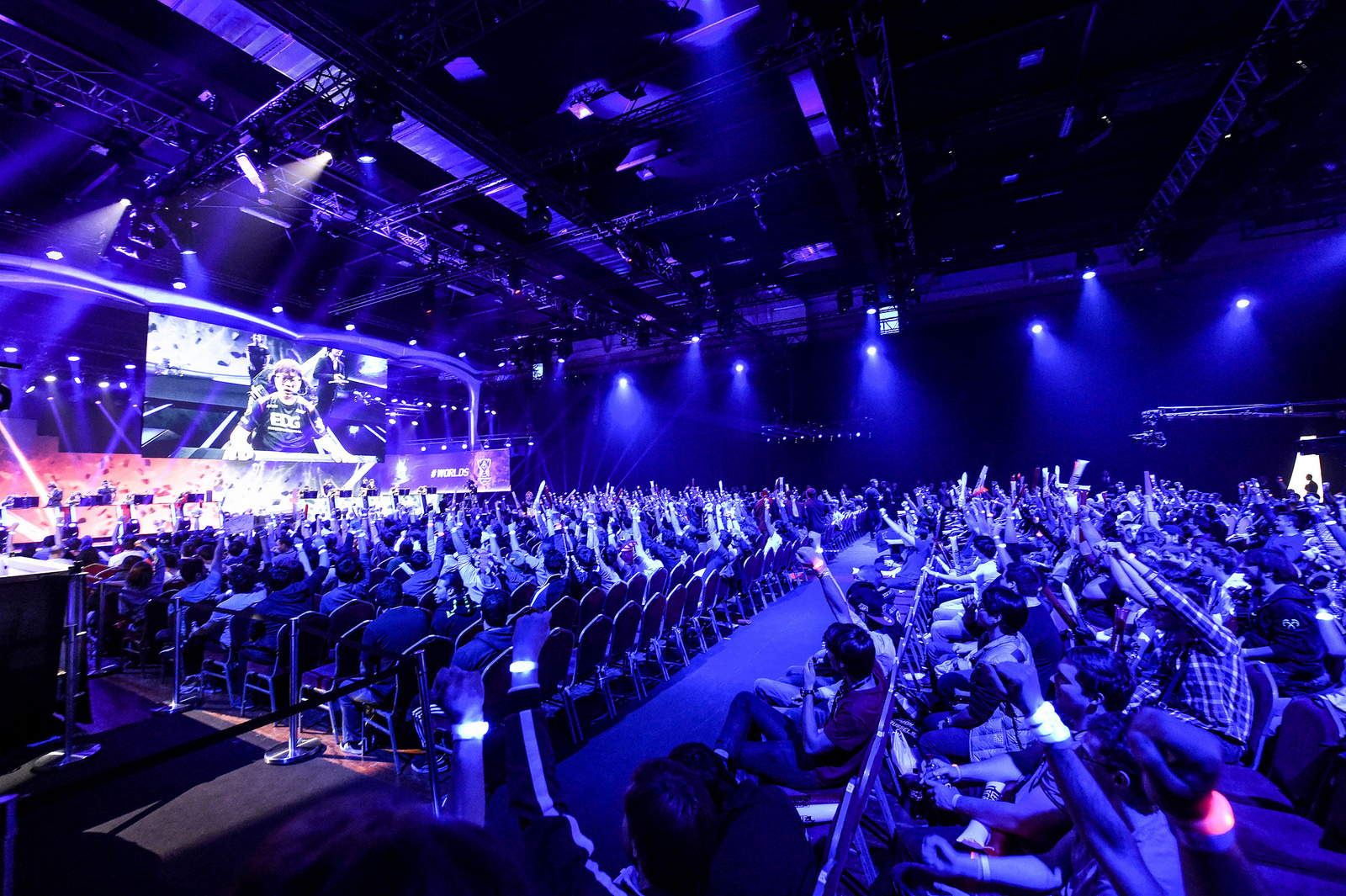 One more group has been completed at the League of Legends World Championship.

The event’s eventual champion won’t come from this group, especially evident watching SK Telecom T1’s’s 6-0 run. There’s also, of course, LPL champion EDward Gaming, heavily favored to contest SKT for the title before just squeaking by in the group stages. Indeed, if this tournament has taught us anything yet, it’s that nothing should be assumed.

Group D resumes on Saturday and will feature some of the event’s most anticipated matches thus far. But before we turn the page, let’s take a moment to step back and take stock of what went down on Friday.

The reigning LCK champion entered the World Championship as the likely favorite, and the team has only strengthened that notion with its play in the group stage. SK Telecom T1 managed to complete a perfect record in Group C.

The highly anticipated showdowns with Mid-Season Invitational champion Edward Gaming hardly lived up to expectations, unless one’s expectation was that SKT would roll. EDward Gaming had no answers for the Korean powerhouse, and a group that was expected to come down to two of the world’s best teams was instead controlled by only one.

What’s more, SKT demonstrated a degree of variety in their play that should frighten their future opponents. Both of the team’s mid-laners, Lee “Faker” Sang-hyeok and Lee “Easyhoon” Ji-hoon, demonstrated their typically strong mechanical play. The team also made an effort to feed resources to top-laner Jang “MaRin” Gyeong-Hwan. Combined with the strength of jungler Bae “bengi” Seong-ung, it’s difficult to poke holes in the team’s line-up.

And that’s to say nothing of ADC Bae “Bang” Jun-sik, who in his games against Edward Gaming and H2K posted a combined K/D/A line of 14-0-12. If Bae can carry that form forward into the knockout round, SKT will undoubtedly represent the most difficult draw for potential playoff opponents.

SK Telecom T1’s dominance in Group C has in some ways mirrored the performance of Samsung Galaxy White at least year’s World Championship. That team also twice triumphed over EDward Gaming to complete a perfect group stage run. For Samsung Galaxy White, a 6-0 group record was the preface to a near-perfect playoff run. There are no guarantees that SK Telecom T1 will be able to repeat that level of success, but it doesn’t seem entirely unlikely either.

It’s a welcome result for Korean fans after the chaos that had marked the tournament thus far. Koo Tigers also restored a bit of order on Thursday with their defeat of Counter Logic Gaming and then earning of a spot in the playoffs, though even that came with the caveat of dropping both games to Taiwan’s Flash Wolves and getting the second seed n the group.

The pressure is now on KT Rolster to hold up their end of the bargain in a wild Group D. The team will begin their Saturday run with a match versus LGD Gaming. For all the struggles LGD have had, it’s a sure bet that they’ll be giving it everything they have against KT, as a loss to the LCK runners-up would likely mean elimination for the LPL champion.

Every year, one of the biggest debates heading into the World Championship is over the wild card slots. Should regions with underdeveloped scenes really be given spots on the world’s biggest stage, or should those spots go to the established regions?

It’s a difficult question to answer. While the level of player is certainly lower outside of the five featured regions, refusing to allow wild card teams the opportunity to qualify would take away much of the motivation teams have from such countries as Brazil and Thailand, where this year’s wild card representatives hail from.

But while neither Pain Gaming nor Bangkok Titans will be moving on to this year’s knockout round, it must be said that the wild teams acquitted themselves quite well this time around. Pain Gaming managed to win multiple games from their wild card position, defeating both Counter Logic Gaming and Flash Wolves in Group A. The team was a close game or two from working its way into the playoffs.

Bangkok Titans weren’t able to find any victories in Group C, but their play did improve dramatically from the first week to the second. And they very nearly upset EDward Gaming, establishing a strong early lead and forcing Edward Gaming to make a big comeback.

If any team was thought capable of challenging SK Telecom T1 for the World Championship title, it may have been Edward Gaming. After all, it wasn’t so long ago that the squad bested SKT three games to two in Tallahassee, Florida.

Things have changed since then. EDward Gaming didn’t look up to the challenge in either of their two meetings with their Korean rivals in Paris. What’s more, the team struggled dramatically against winless wild card Bangkok Titans. A loss in that match would have put Edward Gaming on the brink of elimination.

Even Heo “Pawn” Won-seok at one point found himself getting outplayed by his Thai counterpart.

This level of play was just enough to pull Edward Gaming through to the first round of the playoffs, but it won’t get them much further than that. With one week to prepare for their next outing, EDward Gaming will need to find a little something extra if they hope to repeat the kind of success they found at the Mid-Season Invitational.

H2K weren’t expected to emerge from Group C, not with both SK Telecom T1 and Edward Gaming drawn in with them. Even so, it will be difficult for the European side not to think they could have done more.

While no one will fault H2K for failing to beat SK Telecom T1, they did manage to give SKT their stiffest challenge of the group. And H2K found an early advantage in their second and most important meeting with Edward Gaming, forcing their EDG to react to a Kalista/Annie laning combo, finding an early top lane gank and establishing control of the map.

What’s most disappointing is that H2K seemed unsure of how to proceed after having acquired such an advantage. The team wandered aimlessly and allowed EDward Gaming to reassert themselves. Before long, it was EDG who were in control of objectives and establishing superior vision. The advantage H2K had established seemed like a distant memory.

That sort of indecisiveness is what will have H2K’s players questioning if they could have done more at this year’s World Championship, especially given the early success of Europe’s third seed Origen.

No matter who it is, you can bet that the second seeds in this year’s playoff field will be crossing their fingers and hoping to avoid an early clash with SK Telecom T1.

This is a team that appears primed for a drive through the bracket and into the final. While any team hoping to lift the trophy will likely have to go through them eventually, no one could be blamed for preferring to take that challenge on a bit further into the bracket than in the first round.