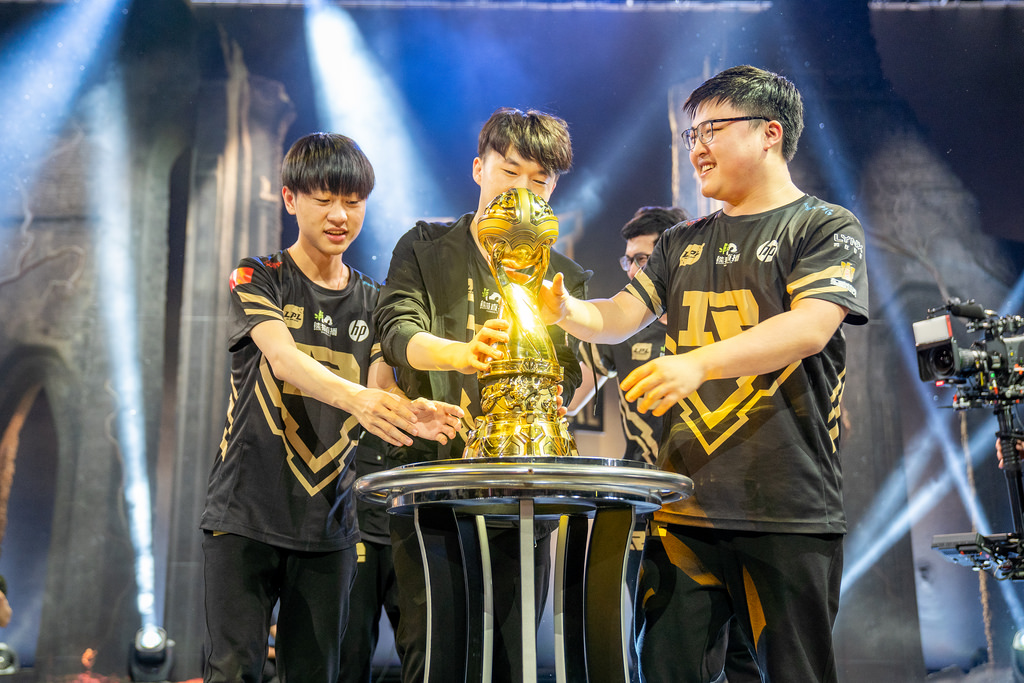 For the first time in over 1000 days, a team from someplace other than Korea has won an international tournament in League of Legends. Royal Never Give Up, China’s champions, are now the world’s best team after taking home the MSI 2018 title, beating Korean juggernauts KING-ZONE DragonX in a close 3-1 final. Hopefully that scored you some fantasy wins, too.

Today we’ll be taking a quick look at MSI’s final daily fantasy contest covering the tourney semifinals and how our own picks fared this weekend. We’ll also look back at the tournament as a whole to see who the best fantasy performers were throughout the entire event.

Xiaohu was the real fantasy MVP

Making fantasy picks for a field as small as four teams like during the MSI semifinals is tough. There’s a very limited number of combinations, so the chances someone lands on the optimal one is fairly high. Sadly, our recommendations weren’t the best selections, though they performed reasonably well. We’re going to review each of our picks and compare them to an optimal lineup. We’ll be using Skrilla Points (SKP) as our scoring metric.

Our biggest mistake? Missing out on Li “xiaohu” Yuan-Hao, the RNG mid laner who scored 209.03 points, just one CS less than the leader and obvious fantasy start Jian “Uzi” Zi-Hao.

Our strategy was to fit the top player in the tournament, Uzi, into the lineup despite his massive salary, and let him carry us to victory. It almost worked. Uzi in fact was the highest scoring player in the semifinals, but he only managed to top his mid lane teammate xiaohu by 0.01 SKP. That meant our all-in on the RNG bottom lane in lieu of xiaohu was ill advised. Featuring Uzi and Ming caused us to fall prey to one of the cardinal sins in League daily fantasy: starting a player on a losing team. We hoped that Maple would have a standout showing in a close five-game series against KING-ZONE, but Flash Wolves looked outclassed and couldn’t pull off the wins required for Maple to put up a decent fantasy showing.

Overall our lineup produced 872.01 fantasy points with Uzi as captain.

That best lineup possible combined xiaohu in the mid lane with his killer ADC Uzi. Letme’s bargain salary let you start the three highest scoring players on the day, and combined with KING-ZONE’s support Kang “GorillA” Beom-hyeon and jungler Yoon “Peanut” Wang-ho the you were still 700 under budget. That lineup produced a whopping 953.72 SKP, towering over every other configuration on the day. And in a contest with just four teams, that’s what it took to win.

Overall our picks weren’t terrible. Letme was a great value and the top scoring top laner. The same is true of Ming at support, even if swapping him out proved optimal. Peanut was the number two scoring jungler, but he was only 10 points behind Royal Never Give Up’s Hung “Karsa” Hau-Hsuan. With only three RNG players allowed in a lineup, Peanut was the optimal pick. So we hit on a couple picks, but we missed on xiaohu, your semifinals fantasy MVP. Starting Uzi was obvious. Getting his mid laner into the lineup was not. Xiaohu had a quiet group stage, but he flourished in the knockout rounds and that ruined us for fantasy. We ignored our mantra of starting players only on winning sides, and that cost us the win.

For a tournament that was supposed to revolve around the ADC position and the bottom lane, we actually saw a lot of fantasy scoring from other positions. The mid laners on the top four teams nearly equalled the scoring of their ADCs save for RNG’s superstar Uzi.

Uzi finished the tournament with a 104/21/71 KDA line, good for an 8.6 KDA, leading his team to the championship and securing his legacy as one of the few players who deserve to be considered the best in the world. He also lead a lot of fantasy teams to victories of their own, especially combined with a couple of his teammates. Uzi’s support, Ming, played at a superstar level this tournament, and mid laner xiaohu stepped up when it mattered most in the semifinals and finals.

While Uzi and company stepped up to the plate and knocked it out of the park at MSI, there were also plenty of disappointments. None were bigger than KING-ZONE DragonX’s top laner Kim “Khan” Dong-ha. While Uzi entered MSI and showed he was on another level compared to the best ADCs in each region at the event, Khan entered MSI and played down to the level of a weak top lane lineup. Khan was supposed to be in the conversation as one of the world’s best players, but he held his team back with a questionable hero pool and a shocking inability to rein in his aggression when his team was on the back foot. He finished the tournament with a 43/37/58 KDA line and a 2.7 KDA, numbers hardly worthy of Khan’s reputation. That was doom for many a fantasy team and wreaked havoc in our own picks throughout the group stage.

But that’s what makes League of Legends on the international stage—and fantasy stage—so fun. You never know what’s going to happen. This time, Royal Never Give Up showed that Korea can’t dominate the world stage forever. But can they hold the title with Korea gunning for them? Only time will tell—and when the time comes, we’ll have the picks for you for fantasy once again.