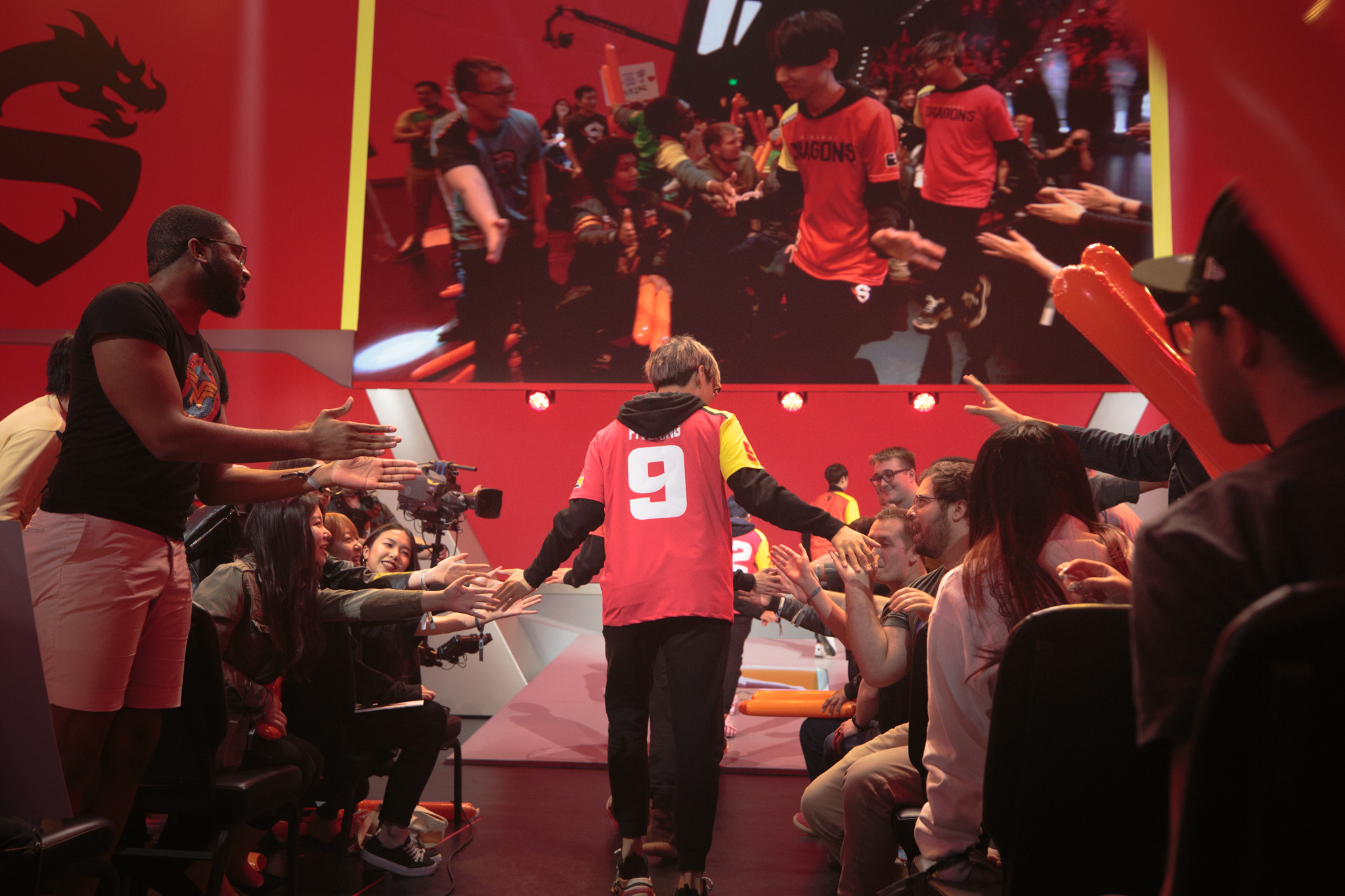 Shanghai Dragons entered Blizzard Arena Los Angeles to an electric crowd dripping with expectations for the under-performing team. The Shanghai Dragons marched in and quickly took their seats on the Overwatch League stage.

The Chinese team doesn’t have a single win in the Overwatch League—though fans rally around them despite that. But their entrance was monumental for another reason: It was the debut of the Overwatch League’s first female player, Se-yeon “Geguri” Kim. One of the best players on the competitive ladder, Geguri is a well-known Overwatch tank player; her Zarya and D.Va, in particular, are her strengths.

Her debut held a lot of questions for Shanghai. Will Geguri and the other new Overwatch League players help Shanghai move out of the last place slot? Alongside Geguri, Shanghai added three other South Korean players and one Chinese player: DPS players Chon “Ado” Gi-hyeon and Kim “Daemin” Dae-min, support He “Sky” Junjian, and tank Lee “Fearless” Eui-seok.

The answer is still unclear. Shanghai did get 3-1’ed in their stage three debut against Dallas Fuel, the second-to-worst ranked team in the Overwatch League. But a roster with such deep problems can’t fix everything overnight; the new players haven’t been part of the roster for that long. There’s a language barrier that needs fixing. It’ll take time.

The problem was in keeping track of Dallas’ flankers. EFFECT’s Tracer consistently picked off important Shanghai players—supports fell way too often, and there was no way to keep the team alive. It’s good news for Dallas, who certainly needs to up their ranking, but a disappointment to Shanghai fans expecting a turnaround.

Of course, it wasn’t all bad for Shanghai. New Shanghai DPS player Ado is a definite improvement over recently released Fang “Undead” Chao. He brings momentum with his explosive Genji play, and that’s something Shanghai can work around.