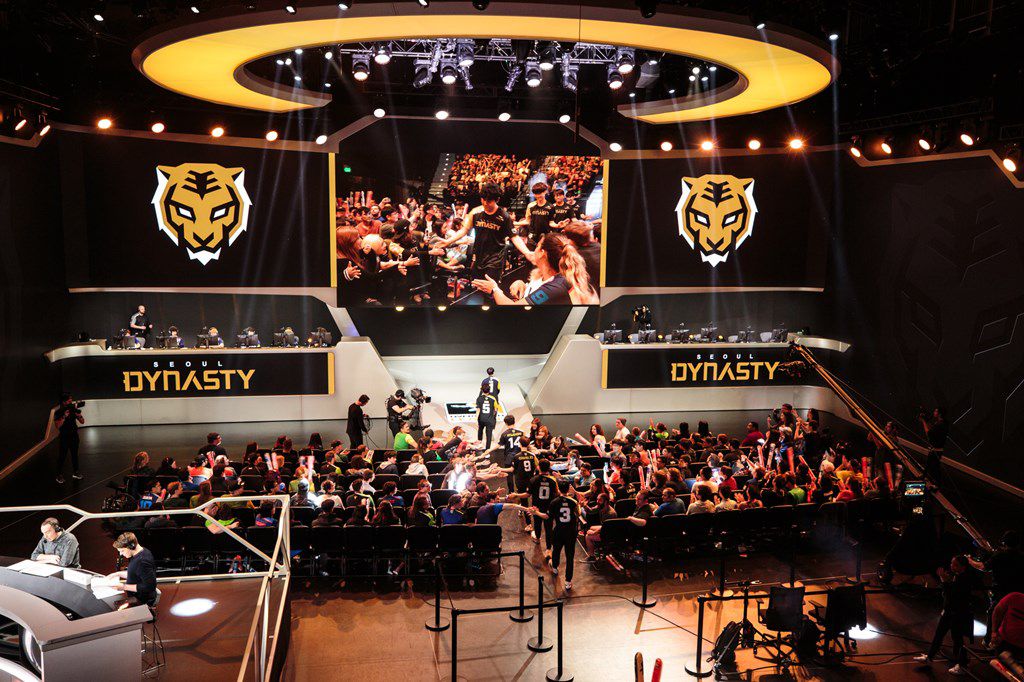 Looking at the Overwatch League schedule before the season, tonight’s bout between the London Spitfire and Seoul Dynasty seemed like a match that could decide which team topped the regular season standings. Both teams appeared to be championship contenders—Spitfire featured the game’s most talented lineup, while Dynasty fielded the most accomplished. But both teams have struggled late into the OWL season. That didn’t lower the stakes for tonight’s battle, however—it raised them. Both teams need every win they can get to earn a spot in the OWL playoffs.

London Spitfire earned one tonight, beating Seoul Dynasty in a five-game series that went down to the wire.

The win moves Spitfire to 22-12 on the season, vaulting them into second in the standings above the also 22-12 Los Angeles Valiant and Boston Uprising by virtue of their strong positive 34 map differential. That gives them a solid cushion heading into the final two weeks of the season.

Dynasty, though, were in dire need of a victory, and they didn’t get one. The loss drops them to 19-15 on the season—a full game behind the Los Angeles Gladiators for the final playoff spot. Gladiators have a tough schedule to finish out the season, but Dynasty also hold a positive 11 map differential, far behind Gladiators’ positive 17 mark.

The match was an all out brawl from the get-go. Seoul Dynasty jumped out to a 1-0 lead with a solid win on King’s Row, preventing Spitfire from capping the initial point. But Spitfire returned the favor on Hanamura and carried their momentum into a dominating Lijiang Tower performance. While Dynasty rallied on Gibraltar, the decider on Nepal was again a convincing win from Spitfire.

Spitfire got a great performance from DPS star Kim “Birdring” Ji-hyeok, which should be comforting for the team’s fans. Birdring sat out most of stage three due to injury, but he was clearly fully recovered tonight.

Still, the match was a hard one to watch even for Spitfire fans. The team continues to look sloppy and a bit indecisive in the new meta, and those are things they’ll need to fix if they hope to finish as champs like they did in stage one.

But at least they aren’t Seoul Dynasty, who are in full desperation mode—and with good reason, considering their season is on the line. After swapping support legend Ryu Je-hong to main tank late in stage three, they brought Gon “Miro” Jin-hyuk back to the role this week. But today, after losing two maps to Spitfire, it was back to the bench for Miro as he was replaced by Kim “KuKi” Dae-kuk for the final two maps—basically, their main tank issues aren’t behind them. Dynasty had some good moments tonight, but they had many more where they looked hapless and helpless. Today showed they can take maps from a playoff team, but that isn’t enough to become one themselves.