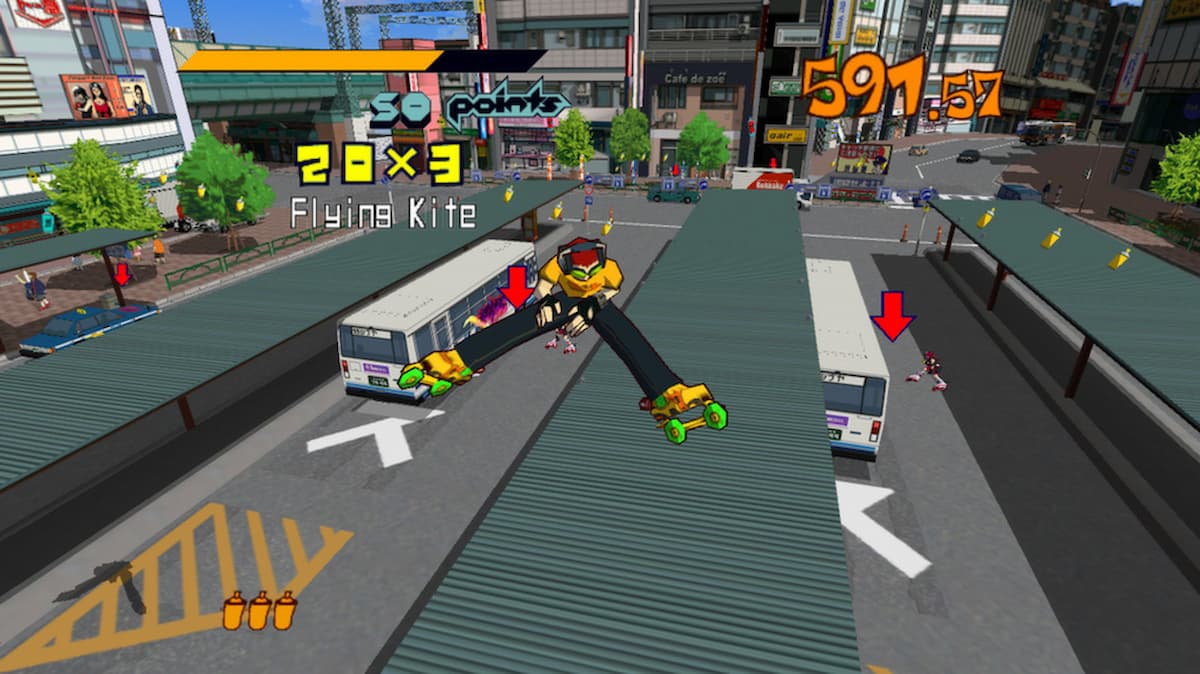 Sega has quietly been working internally on a “Super Game” initiative that is focused on innovating with global, online, community, and IP utilization. And big-budget reboots of Crazy Taxi and Jet Set Radio are reportedly among the first projects involved.

Both titles are in the early stages of development as part of the initiative as Sega works to build out “recurring revenue sources and build online communities around its software portfolio,” according to Bloomberg.

Even though both games are still early in development, Bloomberg said the new Crazy Taxi has already been in the works for over a year. Sega reportedly plans to release the game within two to three years, though that could change since both games could still be canceled.

Both franchises have elements that could translate well into the Fortnite-style product Sega is reportedly working to build, including Jet Set Radio’s factions and mission structure, or the ability to race for high scores in Crazy Taxi. But it is more likely that these will fall under the Super Game initiative’s AAA development lens, while Sega’s European studio is working on a first-person shooter Super Game that is planned to offer “contents and services that can create a large community” and up to $780 million in lifetime revenue.

“Sega has played such an iconic role in the gaming industry and has been a tremendous partner over the years,” Microsoft CVP Sarah Bond said. “We look forward to working together as they explore new ways to create unique gaming experiences for the future using Microsoft cloud technologies. Together we will reimagine how games get built, hosted, and operated, with a goal of adding more value to players and Sega alike.”

The original Crazy Taxi was released for arcades in February 1999 and on the Sega Dreamcast in January 2000. The series has seen a number of sequels and spinoffs across multiple platforms over the years, with the most recent being Crazy Taxi Tycoon on mobile in 2017. Meanwhile, Jet Set Radio, which was released on Dreamcast in June 2000 and saw a sequel made for Xbox in 2002, hasn’t seen a new release since its HD remaster in 2012.