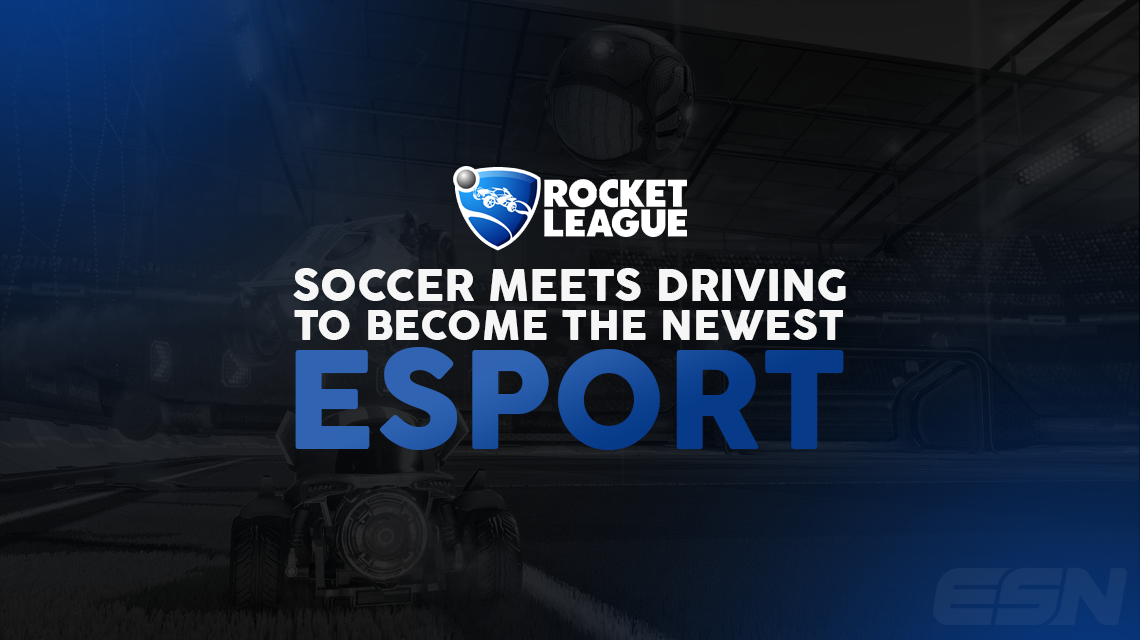 Psyonix’s Rocket League, the sequel to Supersonic Acrobatic Rocket-Powered Battle-Cars, is the world’s newest eSport. The game was released digitally to Steam and PlayStation 4 on July 7, 2015. It’s a football/soccer-based game, which focuses on utilizing rocket vehicles in order to score.

Rocket League is a video game that combines two important things, football (soccer) and acrobatic, rocket-powered cars. The point of the game, like football, is to score a match ball into the opposing teams goal. However, in the game the ball is oversized, players are replaced with vehicles, and in order to score, one must use supersonic capabilities, jumps and flips, and the advantageous layout of the cage. In terms of controlling the game’s pace, rockets are another very important aspect. All of the player’s cars start out with a third of a tank of nitro fuel, which can be replenished by driving over nitro cells distributed throughout the cage. Players start out positioned in the opposite ends of the cage. Cars can then have the option of rushing out to meet the ball in the middle, or wait patiently in a defensive formation. The game can be played both online and offline in a 1v1, 2v2, 3v3 or 4v4 format. One can choose to play offline against bots in order to sharpen their goal-scoring capabilities, or online against other players. Online, one can play cross-platform against both PC and PlayStation users. Another plus is that public, ranked and private servers are dedicated, allowing for a better match experience. MAC and Linux ports are also in the process of being created for Rocket League, as stated by Psyonix developer Jerad:

There are still some licensing issues with the Mac build, so as far as I am currently aware, a Mac build will not be available immediately. Sorry, I know you guys are going to be upset since it was working in the Alpha, but we can only do so much at once, and have to focus our efforts where it will have the most impact, versus the amount of work, and cost. Mac isn’t in a very good position for all of these. I still hope to get to this.

Linux is much farther behind, as we don’t have a working port for Linux at this time. The same licensing issues apply to Linux.

The cars are completely customizable as well. One can even add a hat on top of their car for whatever reason. Paint jobs, tires, etc. are unlocked by simply playing the game a lot.

Just three days after the official release, the Electronic Sports League added the game to its online competition playlists, ESL Play. This confirmed that Rocket League was now an official eSport. ESL is aiming to make 3v3 the primary format for competitive play, with 2v2 following closely behind. https://twitter.com/RocketLeague/status/619446921044717568 It may not be the fighting game, MOBA, real-time strategy, or first-person shooter that we’re use to seeing in competitive gaming, but it definitely is a breath of fresh air from the traditional sport games such as FIFA. The game has already taken off in Europe, with its first-ever ESL Rocket League Kick-Off Cup reaching a total of 134 signed teams. North American and European ladders and cups continue to spiral upwards in popularity on both Steam and PSN. https://twitter.com/ESLRocketLeague/status/620201469392719872 Major League Gaming’s Gamebattles website has added on Rocket League to the competitive playlist as well, with 240 teams already signed up for the first $100 Rocket League tournament. Rocket League also includes a seasonal ranked playlist similar to other eSport game titles, for 1v1, 2v2 and 3v3 matches. It’s currently in preseason, as Season One will begin in August. What are your thoughts on Rocket League becoming an official eSport? Let us know. Follow @eSportsNation for more competitive gaming news.