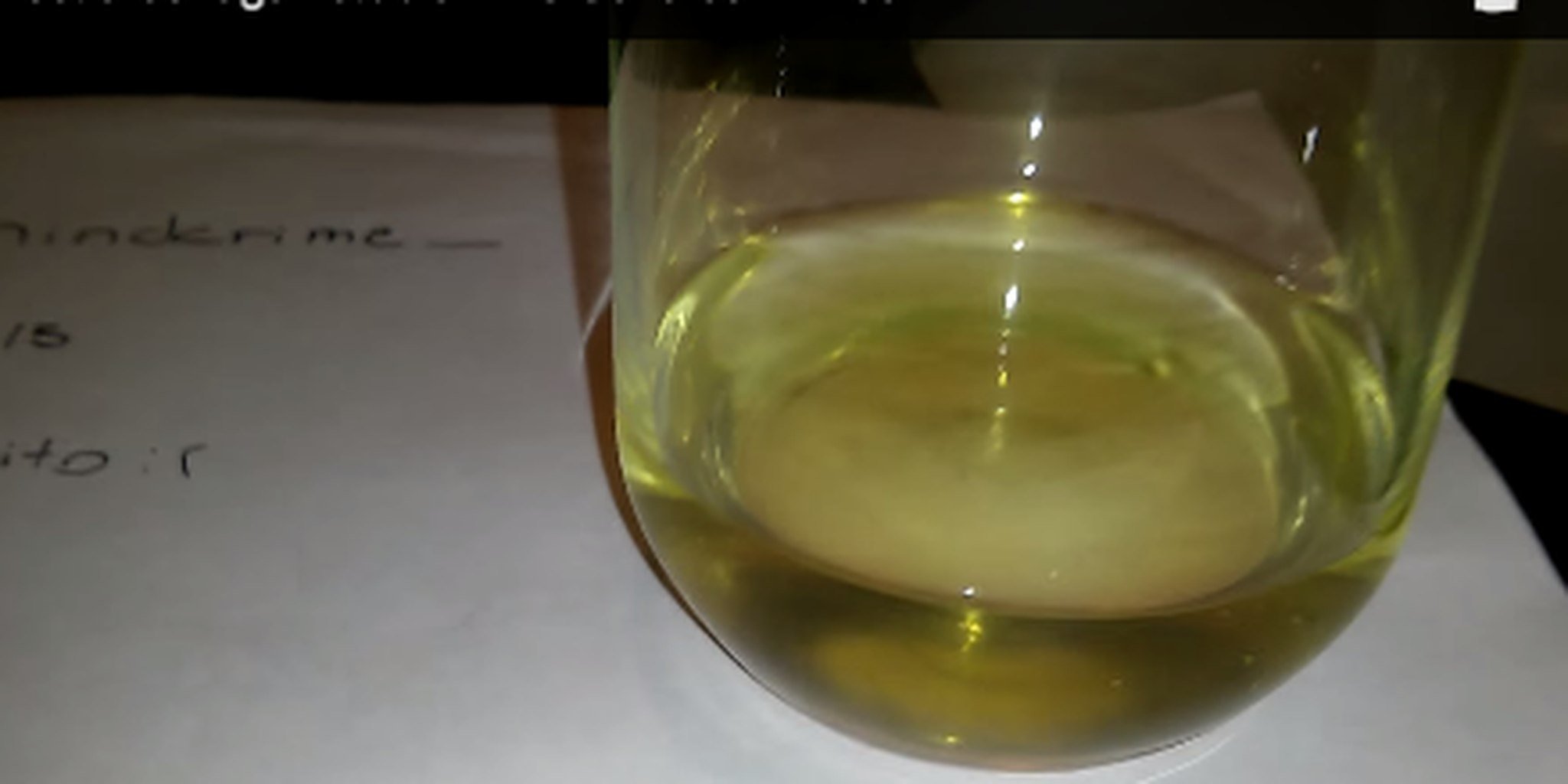 League of Legends is serious business—and we’re not just talking about esports, where tournaments award millions in prizes and careers are built.

Sometimes, you make a bet on the League of Legends subreddit, r/leagueoflegends. Sometimes you lose that bet. And sometimes that bet involves drinking your own pee.

Okay, so there’s no guarantee that the yellowish liquid in the glass really is pee. Or that it came from the junk of mindcrime_, the Reddit user who manned up for his failure. But that yellowish hue looks convincing.

“This is it for me,” he says, before taking the plunge. “Unfortunately, I was deeply wrong.”

He gags after ingesting the concoction. “That was incredibly salty.”

Yesterday, Riot Games revealed its next ultimate skin, DJ Sona. The “ultimate” skin category is reserved for only Riot’s highest quality products, ones that change the entire feel of a character by updating them with new animations and feel. DJ Sona is the next level of the ultimate concept, essentially three separate skins each with their own electronic music soundtrack put together by artists like Crystal Method, Bassnectar, and Renholdër.

That left most of the League community understandably excited: It’s an interesting new skin concept for one of the game’s iconic support champions. But for mindcrime_, his nightmare became real: he lost a costly bet that the next ultimate skin would feature the champion Xerath.

Earlier this week, when news of the new skin first leaked, mindcrime_ still had hope. But yesterday, the writing was on the wall, in piss-yellow letters.

Of course, mindcrime_ wasn’t the only user who needed to pay up, just the one who has done so in the most public way, so far. Riot Games releases ultimate skins at a pace of about one per year, but they started dropping hints about their next one six months ago in June, leading to a mass of bets regarding the identity of the next blessed champion.

Meckel must pull off a genderbend cosplay of the skin at Gamescom. Another user must name their first-born son Urgot, after the ugly crab-monster League champion. Likeadize will eat a Swiss Roll in one sitting. Necromanth must now eat two socks on video, though he deviously edited his own comment to sneak out of his Internet commitment.

Many of those bettors likely won’t be as brave as mindcrime_. “Bear grylls is disappointed at me,” he wrote, after gagging on the horrible taste. But the r/lol community is not. Whatever that’s really worth, in this day and age.