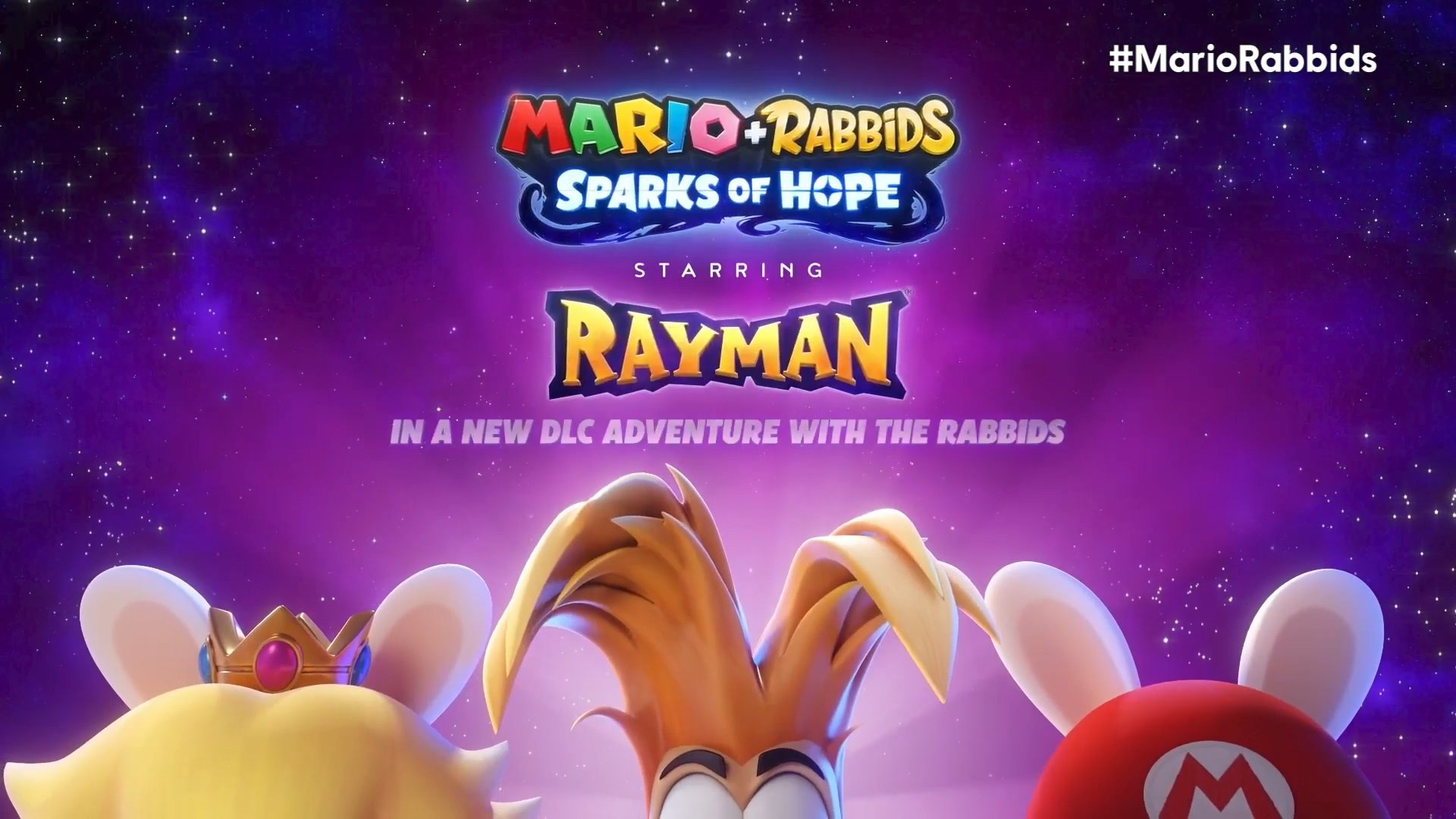 Set to release on Oct. 20, 2022, Mario + Rabbids Sparks of Hope is already looking to build off the base game with future post-launch crossover content. Following an updated gameplay trailer at Ubisoft Forward’s games showcase, developers teased a brief image of Rayman alongside Mario and Rabbid Princess Peach. Not giving any gameplay glimpses or timeline information yet, Rayman was revealed to take part “In a new DLC adventure with Rabbids” sometime in the game’s future.

Debuted in Sept. 1995 in the first Rayman self-titled game, the limbless platformer received countless additions to the growing franchise. Mario + Rabbids Sparks of Hope will not be Rayman’s first foray into the Rabbids universe, as it was prominently featured in the 2006 launched Rayman Raving Rabbids.

While details are still gradually being released about the quickly approaching Mario + Rabbids Sparks of Hope title, players of the prospective title can already expect post-launch support and continued content releases, which they should be familiar with.