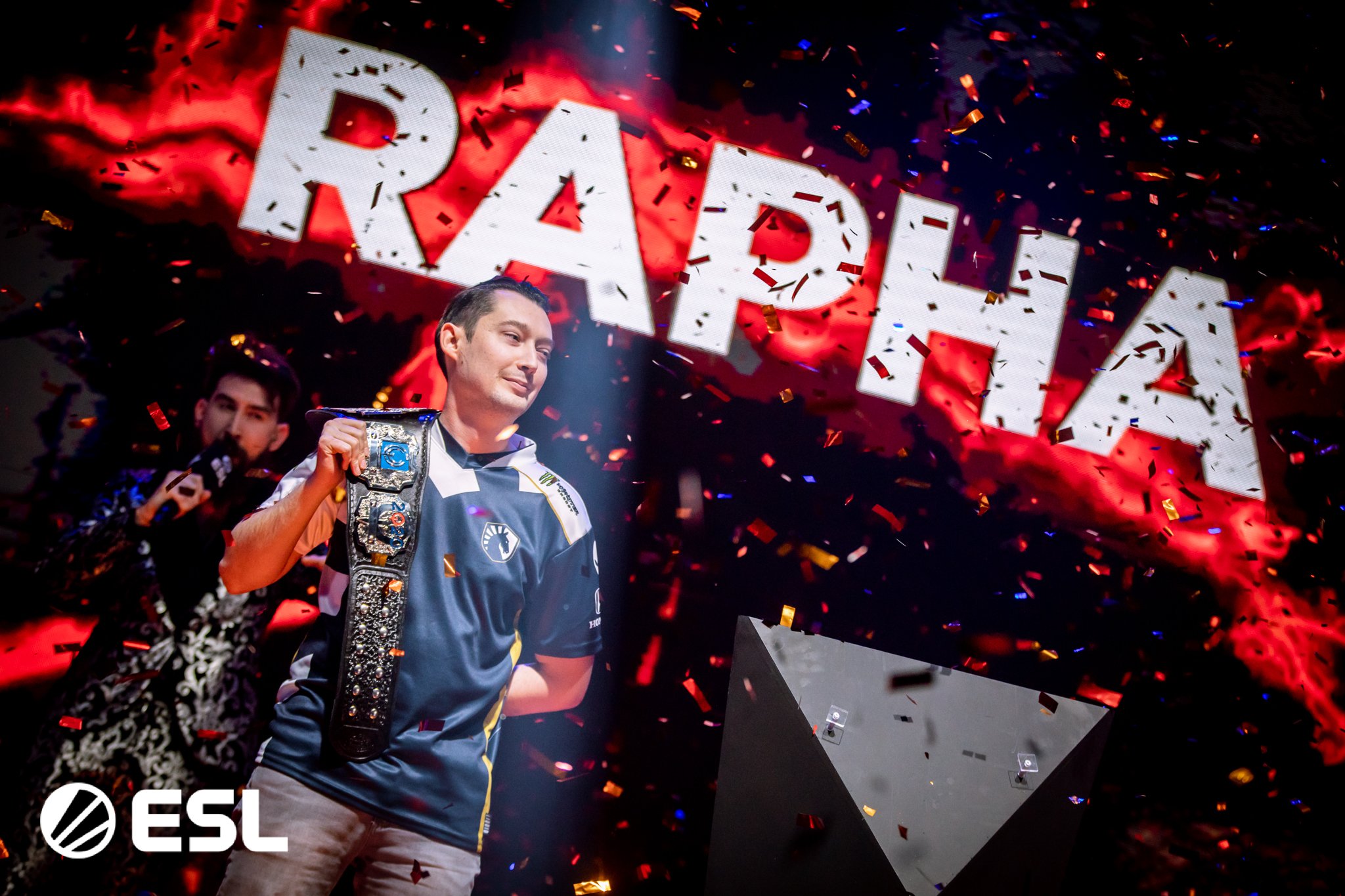 Photo via ESL and Bethesda

Shane “rapha” Hendrixson has solidified his position as the greatest Quake player of all time after claiming his sixth QuakeCon Championship and the 2019-20 Quake League MVP award.

Since 2008, rapha has been among the top Quake players in the world, and now he has added another title to his list despite dealing with a personal tragedy earlier this year.

He and his fellow Team Liquid representative Tim “DaHanG” Fogarty had first-round byes in their bracket, eventually qualifying for the top cut. DaHanG would eventually fall in fourth place to Adrián “RAISY” Birgány in a dominant performance as the Hungarian dueler pushed his way into the grand finals over the rest of the competition.

Rapha put on his own show, going nearly undefeated through the tournament and only dropping a single game in the top eight to 21-year-old Marco “vengeurR” Ragusa. The veteran player put on a clinic against the younger player and then moved on to do the same to RAISY, sweeping the younger player to win his sixth QuakeCon Championship.

Prior to his interview with rapha following the grand finals, commentator and head of creator development at Twitch Marcus “djWHEAT” Graham talked about what it took for the veteran to reach this level.

The rough time he is referencing is the sudden passing of his fiancé back in June. Since then, rapha remained radio silent on social media outside of Twitch prior to attending the event.

During his post-series interview, rapha thanked the community for the support he and his family had been shown and now plans to just keep things going moving forward.

“All of the support from the community, my family, my friends, it has helped me so much,” rapha said. “Thank you and I just hope that I can keep doing what I’m doing., just keep it moving forward. All gas, no break.”