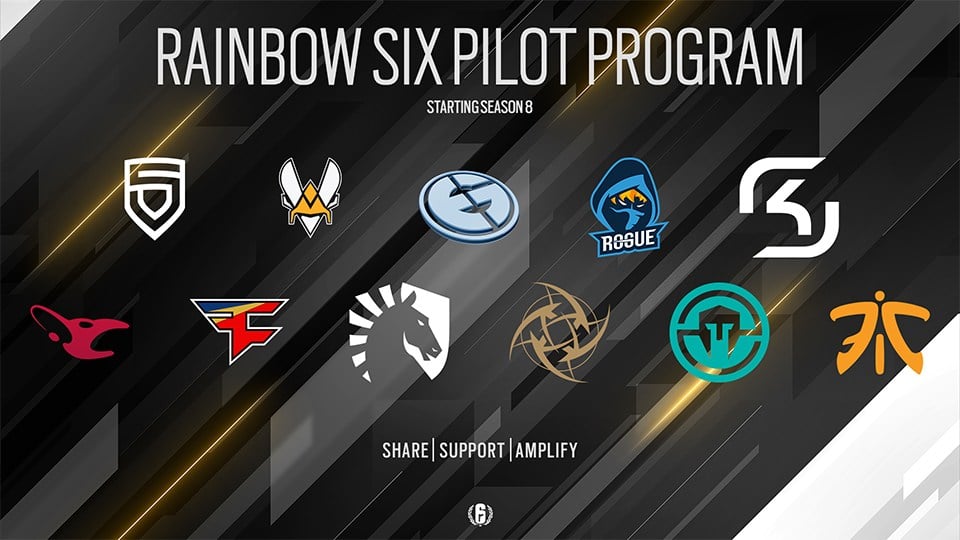 The Rainbow Six Pro League is getting a revenue-sharing program for 11 participating teams.

Teams involved in the pilot program will earn revenue from specific in-game items, Ubisoft announced today. “The goal is to provide organizations and pro players additional revenue directly from the game and help foster a more stable environment,” Ubisoft said. “For us, it is a major step forward—a way to reward teams that contribute to the league and help it grow.”

Revenue sharing is considered one of the “most direct” ways to support teams in the Rainbow Six Pro League, the developer wrote.

Money from the Pro League items will be split among the prize pool winners and the 11 pilot teams. Organizations will receive revenue from their respective team items.

Benefits from the pilot program are available all year.