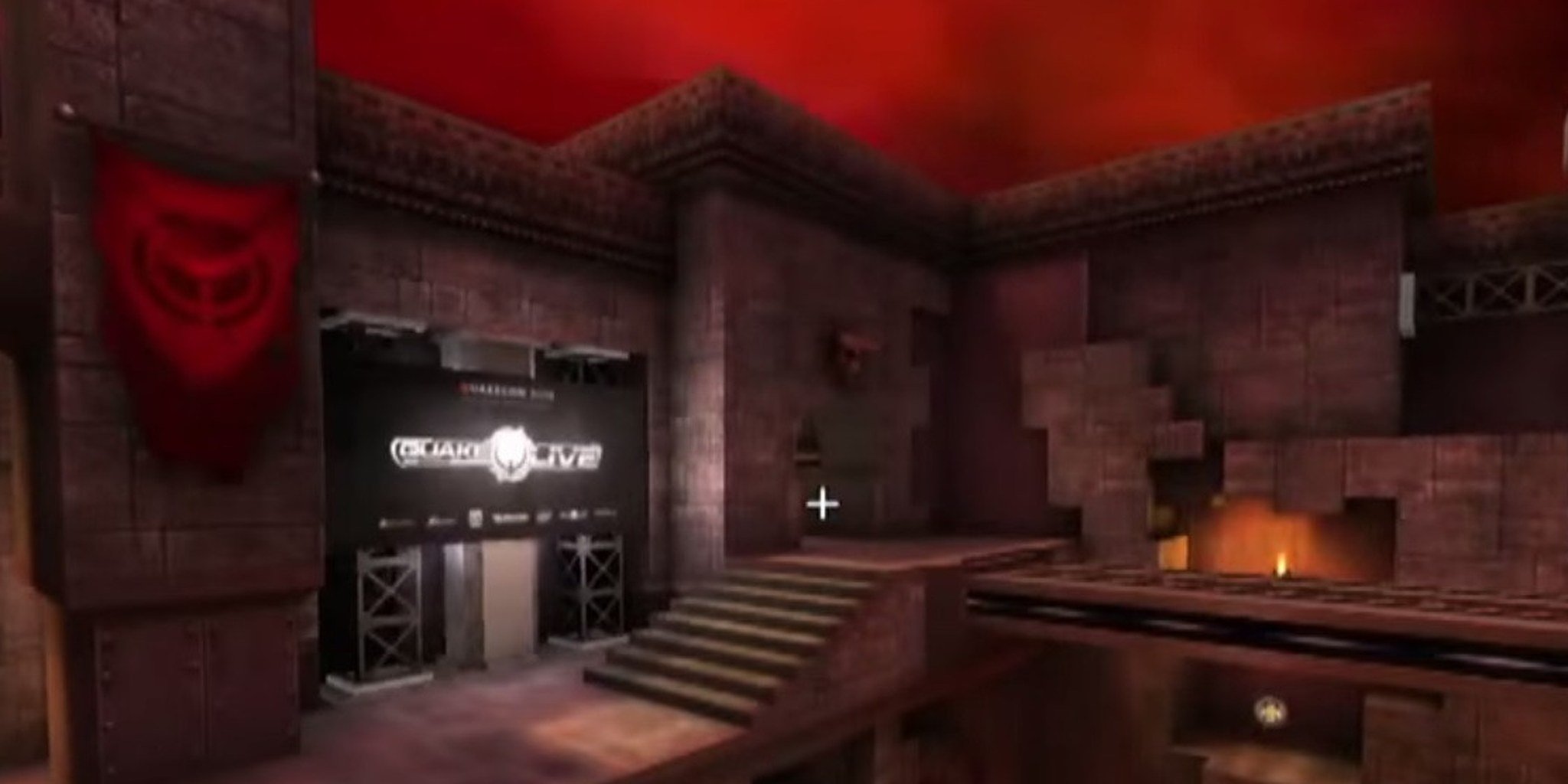 Quake Live, the game synonymous with hardcore deathmatch action, is getting dumbed down in anticipation of an upcoming Steam release.

Included is the ability to bunny hop—a faster way of movement—by holding a single jump key, item timers that make controlling pickups easier to learn, and a loadout system that makes newly spawned players a little more capable of fighting back. To some the changes take away what made the game unique, but Id Software believes they’re needed.

“Quake is a masterful game of skill, often compared to Chess by its veteran players,” Id wrote in a blog outlining the patch. “However, with that depth has come a challenge to welcome and capture new players long enough for them to discover the joy to be found in what many consider the finest Deathmatch game ever made.”

Quake Live began as a free-to-play browser port of Id Software’s singular title Quake 3 Arena, one of the games that originated esports as we know it. Earlier this year Id put the game onto its own stand-alone launcher. In June they revealed they’d be taking the game to the Steam platform, exposing the largest network in PC gaming to the deathmatch title.

That hopefully means an influx of new players, sorely needed for the ailing franchise. But new players are often intimidated by learning the complex mechanics of the game, quickly swept out of servers by veteran player obliterating them over and over. The game’s developer, Id Software, identified three primary offenders: “effectiveness on spawn, movement, and item control.”

Movement is perhaps the key behind the success of Quake. Strafe jumping, an unexpected consequences of the movement physics in the game, spawned a revolution in deathmatch movement. To this day, no game has been able to mimic it’s grace.

Strafe jumping involves strafing to the side while jumping and simultaneously moving your crosshair in the same direction, resulting in a substantial increase in speed. It’s something anyone can do with a little practice, but executing it perfectly and moving as quickly as possible, through a variety of maps and situations, takes years to master. But it’s also an opaque mechanic, one that’s difficult for a new player to pick up on, meaning they’re literally left in the dust by veterans.

The new patch introduces to changes to mitigate that gap and help ease the learning curve. Players now continuously jump if they hold the spacebar—Quake’s version of the “easy” button—and gain speed up to two times their base movement.

The upshot is new players can experience quick movement from the get-go, and won’t be as far behind a skilled veteran, but strafe jumping still allows a master to move even faster.

Another major change is the addition of “loadouts.” In a typical Quake match, players spawn nearly naked, with no armor and just the piddly machine gun, only capable of denting heavily armored foes. It’s a woeful state of affairs for unskilled players, who are often killed before they even feel like they have a chance to fight back. The “loadout” system allows players to spawn with a primary weapon of their choice (rocket launcher, lightning gun, rail gun, or a new weapon, the heavy machine gun) and a secondary (shotgun, plasma gun, grenade launcher, or the original machine gun).

But the new system won’t have a heavy impact on one of the game’s core elements: item control. Spawning players start with low ammo, meaning they’ll need to find pickups fast to remain effective.

To that end, Id is also giving new players a hand. Item timers will show new players when pickups like armor and weapons spawn, but only when a player is in close proximity. The hope is that this will help players slowly learn when items spawn, and improve their instincts on where they should be on a map.

The changes are wildly unpopular among the game’s tight knit community of veterans, but that’s hardly a surprise from such an insular group–a group barely large enough to keep the game alive. Last year was the first time less than $70,000 was awarded in Quake esports tournaments this millenium.

But veteran’s can’t complain too much. The classic one-on-one duelling that’s made Quake a popular esport since 1999 will remain intact in the “Classic” ruleset, which will run by default on all of Quake Live’s duel servers.

If the changes get new players to stay in a server long enough to actually stick around, it can only help bring some new blood to a stale duelling scene. Id sees the changes as a much needed breath of fresh air, and implores players to “learn to appreciate them.”

“Ultimately these changes have not been introduced for the new player alone,” they said. “We feel that these elements overall help bring Quake one step closer to being a modern shooter, while still holding true to our roots of remaining an incredibly fast paced old school shooter.”