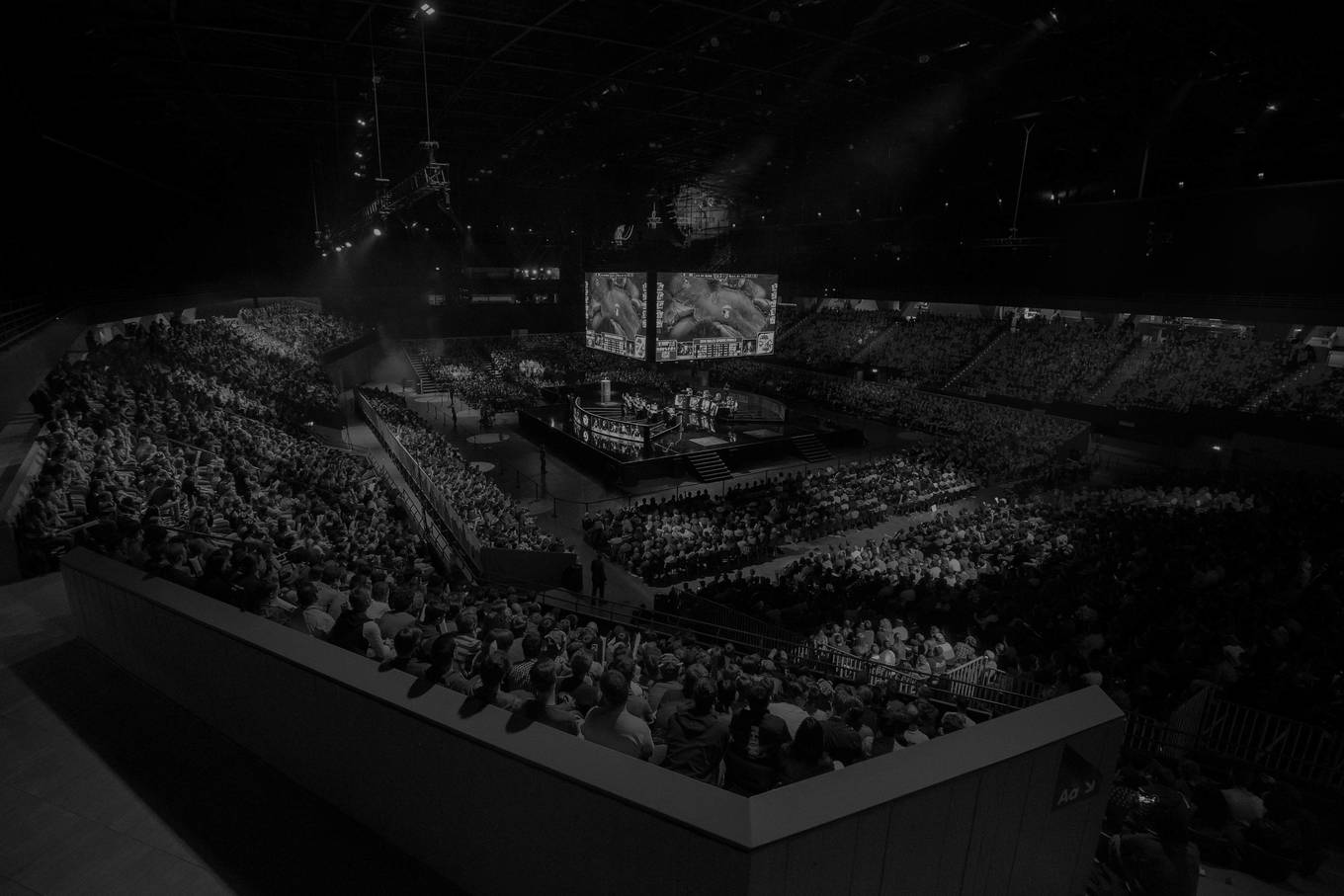 Early in Stephen “Snoopeh” Ellis career as a professional gamer, he signed a contract he shouldn’t have.

The rookie League of Legends player had no resources to educate himself about the process. There weren’t many veteran players or ex-pros to lean on. His friends in the industry were as clueless as he was.

“I didn’t really know any better,” Ellis said. “Things like signing away your rights of publicity. The value, your own value as a player. Are you worth more than you’re perhaps being paid? No one really helps you get through that.”

Ellis’ story is hardly unique. Many other players wade through the complex world of professional esports by themselves, making decisions that will have important repercussions for their careers with little advice or guidance. That may not be the case for long.

Ellis and Bryce Blum, the well-known esports lawyer and player advocate, who founded IME Law to practice in esports, are seeking volunteers to create a hub to educate players on building a career.

Called the Player Resources Center, it will offer players resources to receive education and consultation about the less exciting side of competing as an esports player—the business.

While the esports industry is booming, competing as a player is hardly a lucrative endeavor. Players careers are still measured by just a few short years, and it’s often difficult to maximize earnings during that period.

The Player Resources Center will aim to fix that by building a hub for players with two primary features: First, a knowledge database of curated content to help players educate themselves about important aspects of building an esports career, like legal issues, financial planning, taxes, branding, and more. Second, a deck of service professionals in those related fields who will provide pro bono consultation for players every week, allowing them to interface with professionals who can help begin or build their careers.

“The hope is that we can make it easier for players to get basic advice for free and then remove some of the barriers to finding someone that’s qualified, that knows the esports industry, and that wants to help and understands a player’s situation,” Blum said.

The Players Resources Center will be a not-for-profit, volunteer-run outfit. Blum and Ellis formulated the idea, funded the website, and are aiding the launch. But they don’t have time to run the initiative themselves, so they’re leaning on the esports community itself to help get the idea off the ground.

The pair already have esports veterans on board to provide content and consultation, plus a well of service professionals who seek work in esports but have failed to interface with players. The key, though, may be finding the right people to take leadership positions on the project.

“We’re going to leverage that to have hopefully the community build this platform,” Ellis said. “We might be the people that instigate it and start it off, but ideally this is built by the community for the players.”

The current PRC website, esportsprc.com, features a splash page seeking volunteers who would like to contribute. The two will heavily vet every application. They are “not trying to find an armchair Reddit lawyer,” Ellis said, but real professionals. They’ll also be careful to make sure that parties with vested interests, like team employees, don’t create conflicts of interest.

“We weighed a couple options and this is the strategy that we felt was the best to get this off the ground in the near future,” Ellis said. “We could spend another year heavily vetting people behind closed doors and trying to find the right people but it would take us so much longer to get those people, so this is the strategy we’ve opted for.”

Much of the appeal of the project is its simplicity and feasibility. Removing the barrier to entry for services like legal consultation or financial planning will be the key to getting players to use them. It’s intimidating to imagine contacting a lawyer to evaluate your contract when you don’t know where to find one with knowledge of the industry, how much their services may cost, or what you’re really getting for those services.

“That’s the main goal of the PRC,” Blum said. “Remove that intimidation factor. Create this tangible, safe, easy space for players to go and ask a basic question, and find out.”

Ellis describes the content they envision succinctly: “a 101 on being a professional player.”

Maybe a successful player just signed a lucrative contract and wants to learn how to open a retirement account and begin securing his future, or they’re curious about an arcane detail of the contract, like a non-compete clause or image rights clause. On the PRC, they’d be able to find an article discussing the topic. Same for a player is in the middle of a contract negotiation who isn’t sure how to value his social media brand. He might be able to find an article by an expert who negotiates deals based off social media reach.

If a player still has questions after learning more about the topics, they can consult a professional for free.

“What are fair terms? What’s fair salary? What are the expectations for treatment from an organization? Roster control? Travel? You name it,” Blum said. The answers to these questions often aren’t obvious, and there’s a distinct difference between the information teams and sponsors bring to the table when negotiating with players. The PRC could help level the playing field.

Blum estimates that less than 5 percent of players receive professional consultation during their contract negotiations. Ellis puts the number at 10 to 15 percent for the top esports titles like League of Legends and Counter-Strike. That’s “sad,” he says, “because these kids only have career spans of X many years and they’ll waste the first one to two years,.”

One reason why so few players use these services is likely combination of cost and a lack of knowledge about just how useful they are.

“Is there a specific value in mind where a player should justify doing it?” Ellis said. “I honestly think that at any point you’re signing something for an extended period of time, it’s worth it.”

He imagines a scenario where an up-and-coming player for a game like, say, Overwatch signs a deal for $250 a month for 12 months. He’d pay two months salary to review the contract, and make sure he’s not locking himself into a situation where he’s locked out of future earning potential. “I think as long as you’re signing something for an extended period of time regarding your career, it’s always worth getting vetted.”

When experienced industry vets like Blum and Ellis begin a project like this, one question that comes to mind is why the two aren’t putting their efforts towards building a player’s union. It’s a topic both have addressed ad nauseum, especially since Ellis set out with that as his goal when he retired from pro gaming in 2015, but one that will always be relevant until players build a relationship.

“I was very naive when I first came out and said let’s do a union,” Ellis said.

Blum estimates that the absolute minimum cost for the legal fees to get a union off the ground clocks in at $100,000, ignoring the dues required to keep it running after its launch. There are tons of other logistics issues in esports that make a union even more difficult. For example, will a union cover players from every esports game, or just one specific game? Unions are given specific bargaining tools, like the ability to strike, but that means the union needs a specific party to bargain against. In Counter-Strike, is that party the teams? The tourney organizations? The game’s publisher?

“I think whenever there’s an issue people always pivot to well they need a union, without understanding the cost of complexity behind forming a union,” Blum said. “While I am all for players and teams organizing and uniting in their common interests and lobbying to make a more fair decision making structure across esports, I don’t think that’s the only solution.”

Blum believes unionization is “inevitable.” But the time isn’t right, and there are plenty of other ways players can organize to collectively better their situation. In competitions like the LCS, for example, they could form a player’s association to bring issues directly to Riot Games. With the leverage of the players’ fanbases, they don’t need a union to make Riot listen. He hopes the Center can be a “building block” towards making some of that movement happen.

The PRC helps “create a basic level of organization among players,” Blum said, offering some of the benefits a union might provide, but without the headache of attempting to unionize. And it’s possible the work could lead to a better educated and resourceful population of players, one who might be more willing to take the steps towards unionization in the future.

“Players need to pick up the torch so to speak and do it themselves,” Blum said. “If [the PRC] is something that can help organize the players and head in that direction I think that’d be great.”