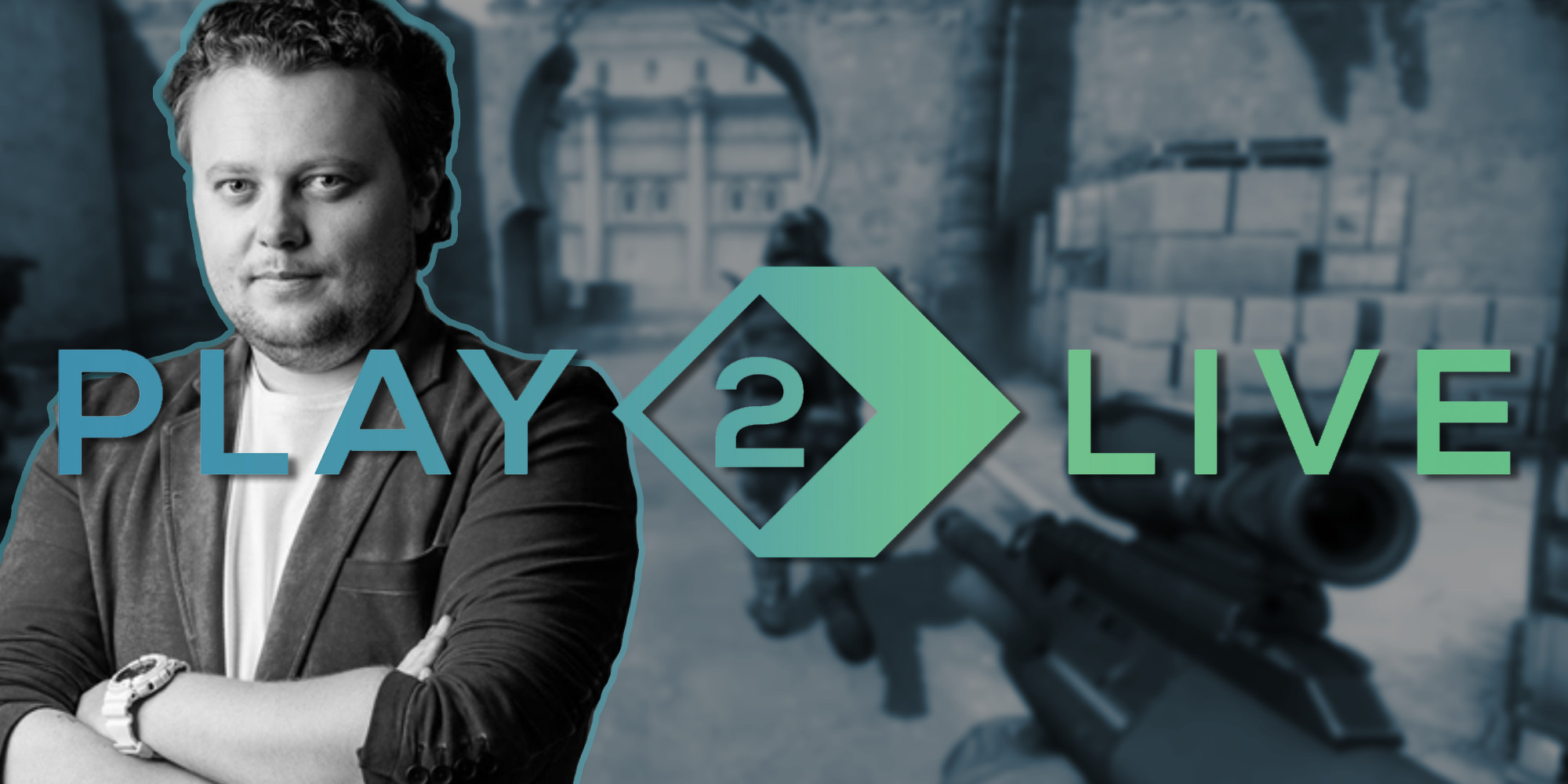 A few weeks ago, Play2Live hosted their first major Counter-Strike tournament, broadcast live from an arena in Minsk, Belarus. This was the culmination of a fascinating journey for the company, which is embracing a radical new philosophy for the monetization of esports.

On Play2Live’s streaming platform, players and viewers earn revenue through an exclusive cryptocurrency called Level Up Coin, (LUC,) which can easily be converted into other coins, as well as traditional cash. The idea, says CEO Alexey Burdyko, is to give pro gamers and pro streamers a bevy of options for making money.

Play2Live has already raised $24 million in its first phase of funding, and Dot Esports recently caught up with Burdyko to talk about his background in competitive gaming, his faith in the future of blockchain, and the ways you can make money by simply watching someone’s stream.

So you just concluded a major tournament. How did that go? Are you happy with the turn out?

Play2Live CryptoMasters was scheduled for the release of our MVP 2.0. It was crucial for us to test the product during our first cybersports tournament, to see how the platform will cope with load. In this regards all our efforts were paid off – Play2Live successfully coped with the traffic. The tournament was broadcasted in 16 languages and gained 950K views, driving more than 120K unique users to the platform. Due to the vast geography of the broadcast, our team had a chance to test platform accessibility for users from many countries and regions, including: China, South Korea, USA, Germany, France, Turkey, Russia, Balkans, Baltics and Eastern Europe. We can call it a huge success for such a young product. Another bold task we successfully surpassed was testing of peer-to-peer CDN technology. During P2L CryptoMasters it allowed us to save up to 30% of traffic per separate stream. This gives a lot of opportunities in terms of earnings for the platform users. Beta version with this monetization channel will already be available in June, 2018.

But what’s more important, we have hosted and broadcasted the world’s very first esports tournament with crypto prize pool! We’ve managed to attract profound international teams to the evet and deliver a spectacular show to the huge crowd that witnessed it live in Minsk. What is it if not a great success!

What’s your background like? Did you start in esports? Finance? Tell us about your professional journey up to this point.

One thing I can say for sure: Internet, the world of computers and the rise of digital got me hooked, therefore, I got deeply involved in esports – the future of entertainment and cutting-edge technologies. I have over 7 years of experience in esports. Throughout my career I developed several projects, including: Game Show Media Holding, GSL.TV, CIS Connect, Labs Publicity Group, TechLabs, 3D News, among others. Game Show Media Holding is one of the largest esports holdings in Russia and CIS – valued by Ernst and Young at $36,8M in 2016. While I grew my expertise in esports tournaments organization (35 in total, including intercontinental esports show-matches), I had a chance to work with major streaming platforms, such as Twitch.tv, Hitbox.tv, Azubu.tv, VK.com, OK.ru (Mail.Ru Group Holding). This hugely valuable experience resulted in me founding the tournament esports platform – GSL.TV.

During the latter part of my career, I’ve focused my interest on the rising influence of blockchain. Following my passion and seizing the opportunity, in October, 2017, together with high-class international team of professionals, I’ve introduced Play2Live – the first decentralized streaming platform for gamers and esports fans – to the world. The platform as of 1st quarter of 2018 has attracted over $24M in funding! That is so far my greatest, but not the least achievement. My aim is to grow Play2Live into a world-class platform, turning it into a trailblazer in merging revolutionary blockchain technology and streaming services.

Tell me more about your business. I’m curious to learn how streamers can do things like set tasks and get paid. Walk us through it.

While streaming industry if booming with new projects, there is still a great deal of improvement in terms of monetization tools, especially for the viewers. Our mission is to create an ecosystem where every participant – the viewer, the streamer, and the esports tournament organizer – is part of a seamless system that favors interaction among viewers and the diversity of monetization schemes.

Altogether, the streamers will be able to monetize their content in 11 ways versus 4-5 within the existing platforms. They will be able to earn money from a very first stream regardless of the size of their audience and withdraw money instantly. Essentially, everybody can be part of the peer-to-peer interaction, and everybody is able to earn. The platform will offer top-notch mechanisms for the streamers to boost their followers count via a system of interactive tasks during a stream to engage the audience, betting service, enhanced communication in the chat, and other activities!

You’ve mentioned how you intend to give viewers a chance to make money watching streams. How does that work?

With Play2Live viewers will have 5 monetization tools, compared to zero elsewhere in the streaming industry. They will be able to earn income through watching adverts (by default, the platform is ads-free), performing tasks set by streamers, voting for content, and sharing their internet bandwidth via peer-to-peer CDN. As I’ve mentioned earlier, P2L will give its viewers an opportunity to monetize their internet bandwidth via peer-to-peer CDN by June, 2018.

Viewers will have an opportunity to place bets with bookmakers without leaving the P2L site and purchase games using Level Up Coin (LUC) tokens received through various activities within the platform. And what’s more important, within P2L, viewers will influence the stream directly due to the unique system of tasks featuring a streamer and a viewer. Users can determine the scenario of a stream and become participants of the show!

Your crypto can be easily converted into other cryptocurrencies, correct? From what I understand, that’s part of the appeal.

At Play2Live we utilize token called Level Up Coin (LUC). This is a sole internal mean of payment within the system. It can be easily converted to other cryptocurrencies or to fiat money through a special exchange service/API.

What does the future look like for streaming? Are we going to be living in a world where traditional monetization models are almost all gone in a few years?

Evidently, the future of streaming and esports is blockchain. The technology will find its best implementation within the industry. As many experts foresee, in the nearest future game-purchase transactions will occur exclusively in cryptocurrency. Other direct benefits of blockchain technology for esports include transparency—it is incorruptible; smart contracts ensure fairness, security and speedy implementation of payments and other agreement terms.

As for monetization tools, it is now obvious that the industry seeks for ultimate end-to-end solution for streamers, gamers, and esports fans, providing them with interactive features and monetizing tools. That can be achieved with blockchain technology. The solution changes the rules of the game in the industry, giving monetization opportunities to all participants, including viewers. Essentially, everybody can be part of the peer-to-peer interaction, and everybody—even the viewer— is able to earn money.