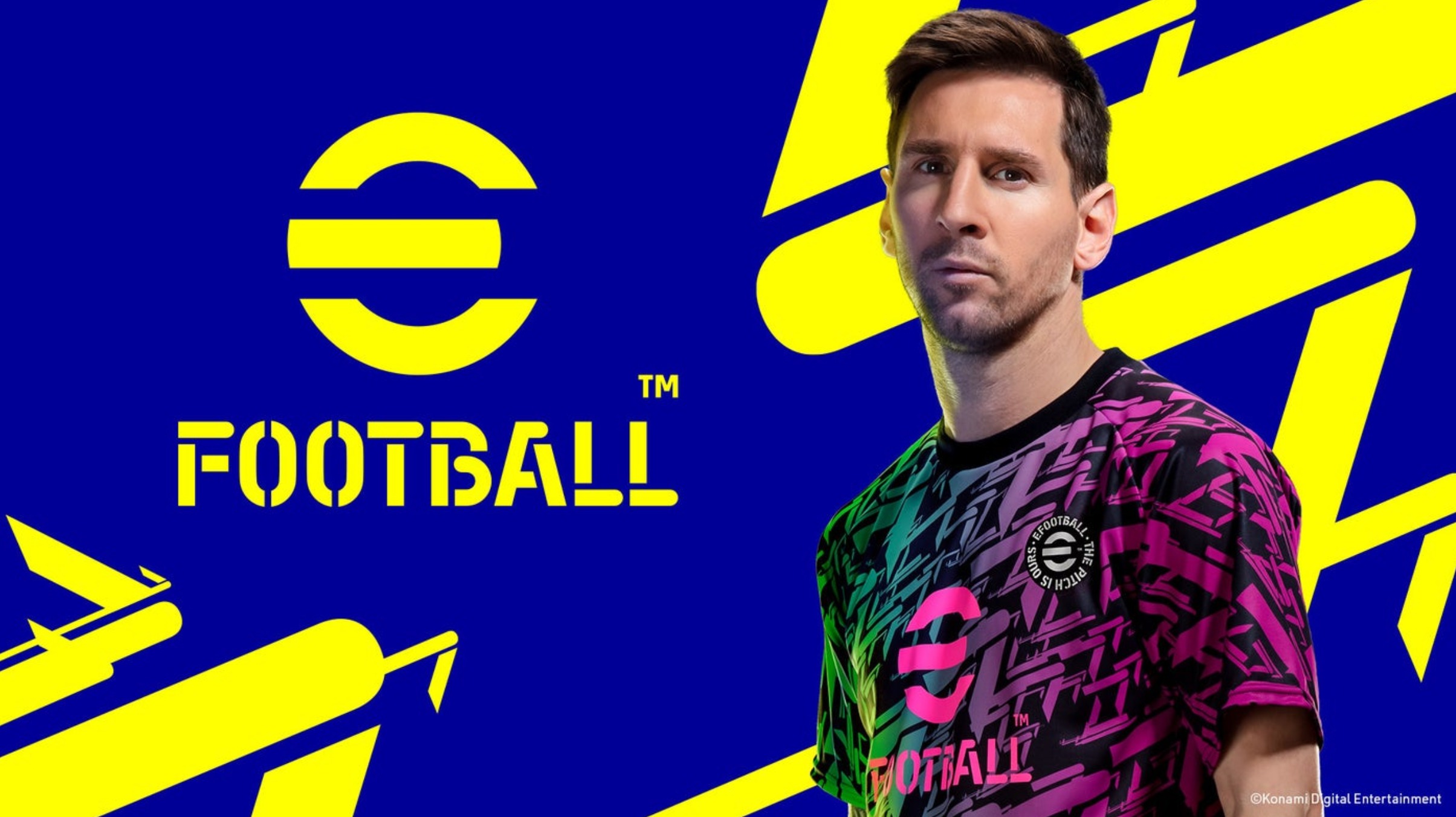 Konami has officially renamed its soccer game franchise Pro Evolution Soccer (PES) to eFootball, which will come out this Autumn as an only-digital, free-to-play title for PS5, PS4, Xbox Series X/S, Xbox One, and PC, with a mobile version for Android and iOS coming later.

All versions of the game will feature cross-play, but mobile players will need a controller to play against PC and console users.

It’s a huge rebrand for the game that has been called PES in the West and Winning Eleven in Japan for years. EFootball switches from the traditional annual paid releases that it has been using for years alongside its competitor EA Sports’ FIFA and will focus on providing yearly updates for the seasons instead.

The game will launch with friendly matches and apparently, a selection of nine clubs to play with—Barcelona, Manchester United, Bayern Munich, Juventus, Arsenal, Corinthians, Flamengo, São Paulo, and River Plate—and will subsequently sell the other game modes as optional DLCs.

It’s unclear at the moment how new teams will be added to the game and if Konami will charge players who want to have a broader selection of soccer clubs to play. Konami is yet to reveal its strategy for eFootball My Club, which is the equivalent of FIFA Ultimate Team, and the series’ long-running career mode, Master League, but said that the game is designed to be “fair and balanced” for all players.

IGN has confirmed that eFootball will continue featuring the Option Files, which allows players to customise much of the game, including unlicensed teams, and share those files with friends or the community. The support for Option Files, though, will be added post-launch. The game will no longer run on Konami’s FOX Engine and will use a custom engine based on Unreal 4 instead.

The move to a new engine allowed eFootball to add a new Motion Matching animation system, which Konami says allows for four times as many animations as previous PES games. Motion Matching will be applied to all versions of the game, even on mobile.

It seems that Konami will be a true competitor to EA Sports this year, especially because eFootball will be free-to-play and will allow cross-play between all platforms, a feature that FIFA is yet to implement on any level. These changes have everything to attract the casual player base of FIFA, who is seemingly tired of paying for annual releases and watch EA put most of its effort in the Ultimate Team series, instead of focusing on the career mode, for example.