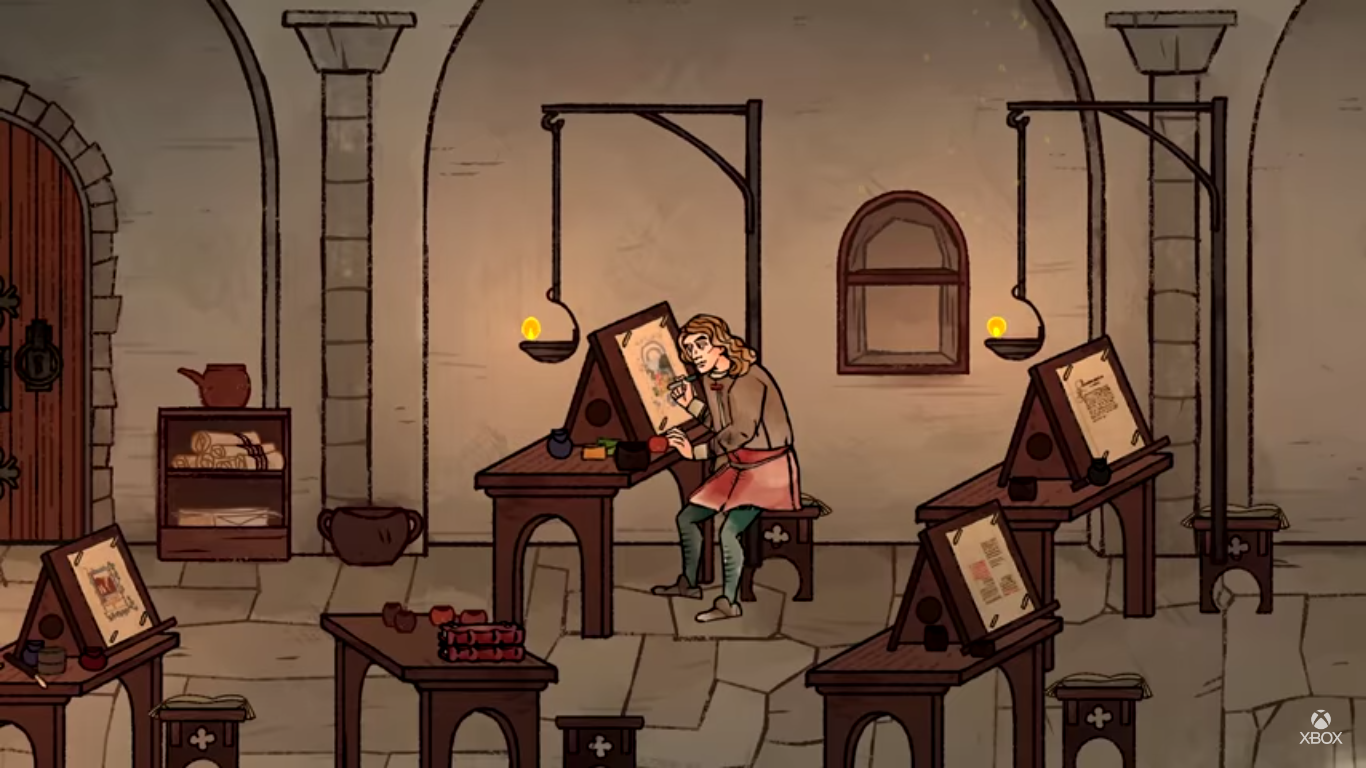 The action-adventure game by Obsidian Entertainment Pentiment is scheduled to release on Nov. 15 for Xbox Series X|S, Xbox One, and Steam on the Xbox Game Pass, Microsoft announced today. Pre-orders as well as pre-downloads for the Xbox Game Pass are open as of Aug. 24.

The stylized adventure game Pentiment allows players to explore time through manuscripts and wood carvings. The Obsidian-led game is set in 16th century Bavaria during the time of the Holy Roman Empire. Players assume the role of Andreas Maler, an artist who gets caught up in a series of murders and plots that span 25 years.

Players will be able to decide nearly everything about Andreas’ life, from his educational background to his decisions about the murder investigations. Microsoft promises a wide range of methods to ascertain information, from stealing documents to playing card games. Pentiment promises that all the player’s choices will have cascading consquences that will drastically impact Andreas’ life and the Alpine community of Tassing.

Gamescom 2022 attendees will be able to get a first look at Pentiment on the convention floor at the German-based gaming convention and showcase running from Aug. 24 to 28. Convention goers can pick up Pentiment right after the first murder that kicks off the events of the game, but future players will have to wait until the full release to experience the entire story.

Pentiment will release on Nov. 15 for Xbox Series X|S, Xbox One, and Steam for $19.99 across all platforms.