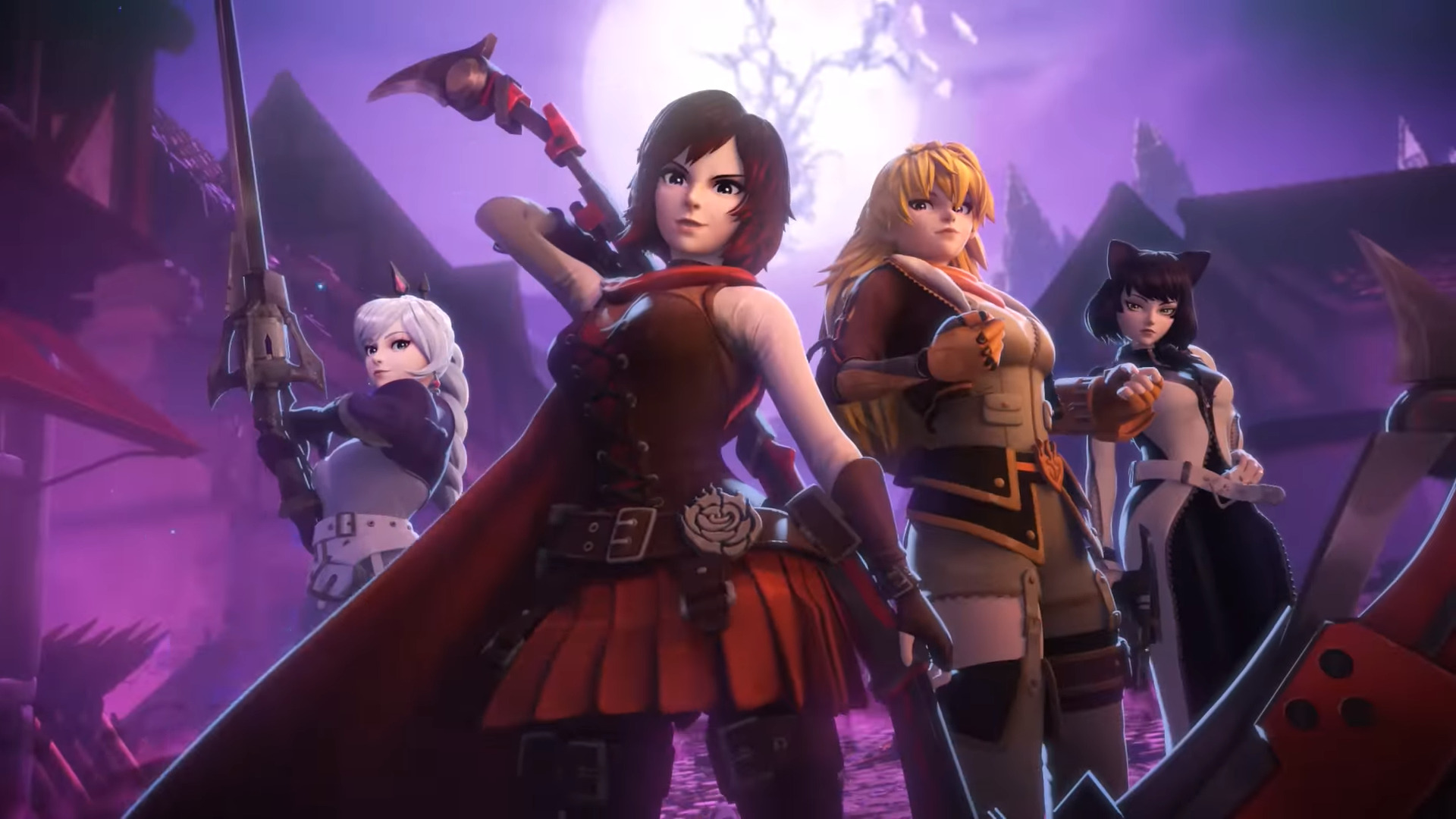 Paladins: Champions of the Realm will be headlining its June update with a crossover in partnership with Rooster Teeth, bringing the beloved cast of anime-inspired web series RWBY to the Realm. This was officially announced today via a new teaser cinematic, giving players a glimpse into which characters from the show will be featured in the upcoming line of skins.

The four main protagonists—Ruby, Weiss, Blake, and Yang—from which the show name is derived are all present here, donning their updated outfits from more recent volumes. It’s hard to tell which Paladins champions will be getting what skins based on the cinematic alone, but teaser images posted ahead of its release tell us more about which characters will be involved with the crossover. Vora will be getting the Ruby skin, Furia is Weiss, Saati will be Blake, and Imani rounds out the squad with a Yang skin.

But the cinematic suggests that more details are to come on additional crossover skins beyond the usual four. Salem, an antagonist from RWBY, is also featured in the trailer, complete with sound effects on her abilities that are unmistakably from Seris’ kit. But concrete details on what will be included with the crossover’s event pass are yet to be discussed. Paladins‘ previous crossover promotion with Monstercat featured two skins available exclusively through Twitch Prime and it’s unclear if the RWBY event will follow a similar path.

An in-depth look at the RWBY skins, balance changes, and the event pass will be going live tomorrow, June 1 at 11am CT on the official Paladins Twitch channel. This will mark Paladins’ third crossover event and its second with Rooster Teeth following a previous skin line featuring the characters from Gen:Lock.