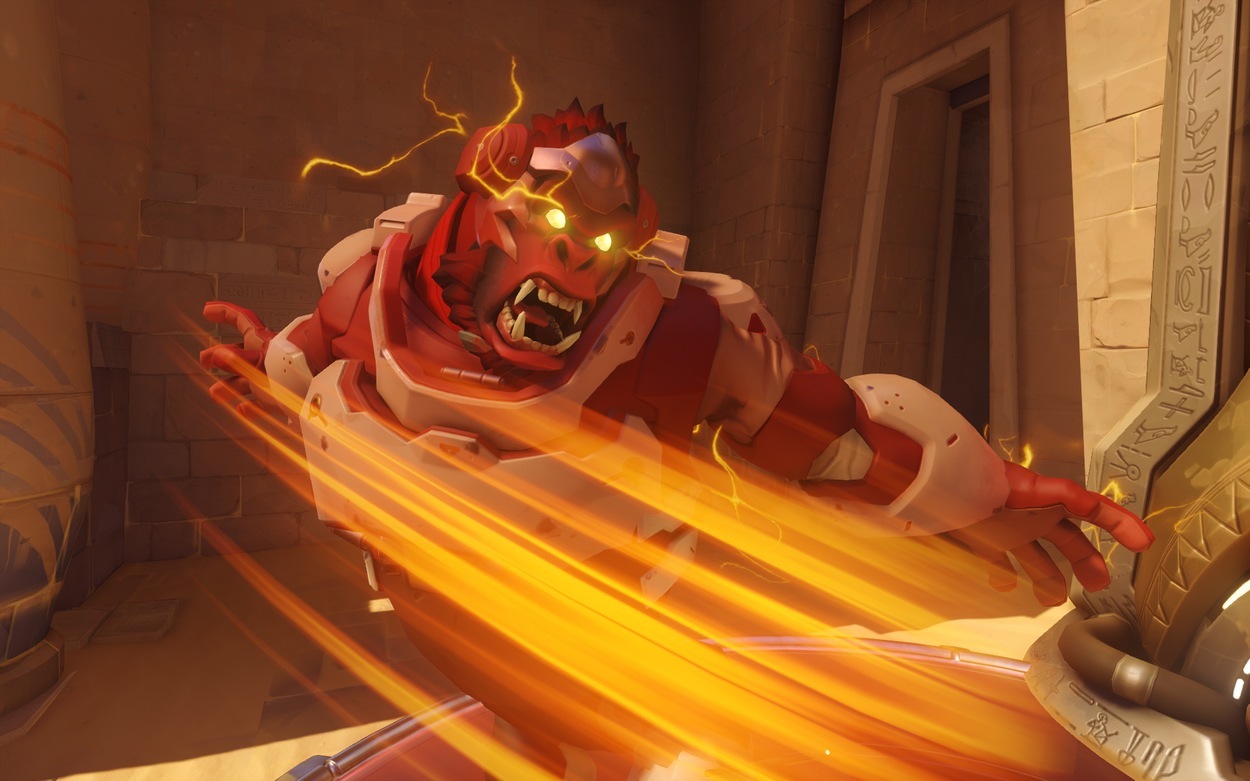 Miro is pinned down by Pharah’s rockets. Kevyn “TviQ” Lindström of Misfits is unrelenting, knocking down Miro’s health to almost nothing.

Miro pops Winston’s primal rage ultimate—all while being blasted by TviQ’s rockets—and sets his sights on Kalle “Zave” Haag Nillson’s Mercy, who’s been pocket healing and powering up Pharah during the whole ordeal.

It looks like Miro may have gone too far in his chase, but then the unthinkable happens.

Using his jump pack to launch into the air, knocking Mercy back at least a few times, Miro follows Zave to the very edge of the Illios map. Casters and fans laugh as Miro commits to punching Mercy out of the sky, seemingly sacrificing his own life to take out the healer.

Mercy can fly back to other Overwatch heroes with her guardian angel ability, so just knocking her back wasn’t enough. Miro had to take her out to remove her from battle. But just when he’s about to fall to the depths of Illios, his jump pack returns from cooldown. Miro’s Winston hops back into battle like nothing ever happened, Pharah still pointing rockets right at his face.

Miro demonstrated the importance of knowing the limits of Overwatch’s heroes and exploiting that. And as Overwatch APEX caster Erik “DoA” Lonnquist said, that’s the last time any of us will doubt a decision by Miro while he’s playing Winston.

The win saw Lunatic-Hai secure first place in Group B, eliminating Misfits from the tournament and securing a spot in the top eight second group stage.