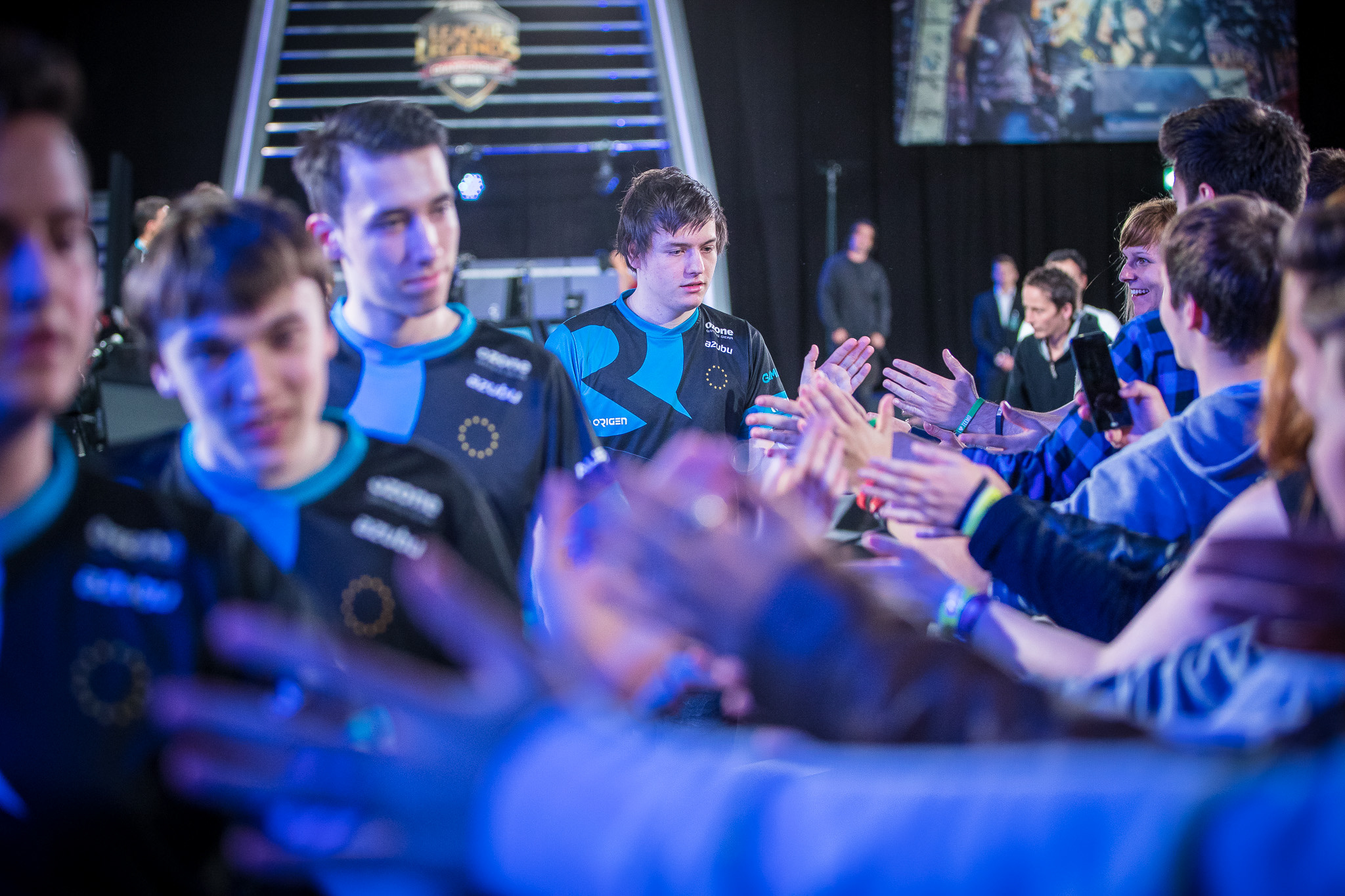 Origen and Roccat have both reclaimed their spots in the European League Championship Series today via the promotion tournament.

It was a much smoother journey for one though, as Roccat toppled fellow Summer Split competitors Schalke 04 3-1 in a game where they were considered the heavy underdogs. Roccat set up the clash with Schalke after defeating Millenium last night in a very tense five-game series. An MVP performance from rookie jungler Jonas “Memento” Elmarghichi coupled with the ever-present Pierre “Steeelback” Medjaldi ensured victory for the bottom-placed regular season side.

Schalke will be joining Misfits in the deciding match of the promotion tournament, after they fell to LCS veterans Origen. What was predicted to be a swift victory for Origen turned into a gruelling five-game series, which culminated in a fifty-minute slogfest of a final game. A botched laneswap from the Challenger side looked to seal their doom, however Origen failed to capitalize. After countless skirmishes, a Baron steal, and an attempted 1v5 backdoor from Paul “sOAZ” Boyer, Origen were eventually able to secure their spot in the 2017 Spring Split.

Both sides will be breathe a sigh of relief. Roccat survive after finishing bottom of the regular season standings, while Origen will be happy to put this split behind them. The team of veterans lost Konstantinos “Forg1ven” Tzortziou early on in the season, and were forced to use owner and legendary mid laner Enrique “Xpeke” Cedeno in the bottom lane for the majority of the split. It remains to be seen how Roccat and Origen will approach the off-season, with both needing to make changes to avoid a repeat of this season.

Schalke and Misfits will face off tomorrow to decide which team heads on to the LCS in 2017, and which will be resigned to another split in the Challenger Series. Both have looked shaky in their games, but taking Origen to five games could prove to be a confidence boost for Misfits in this do-or-die match.