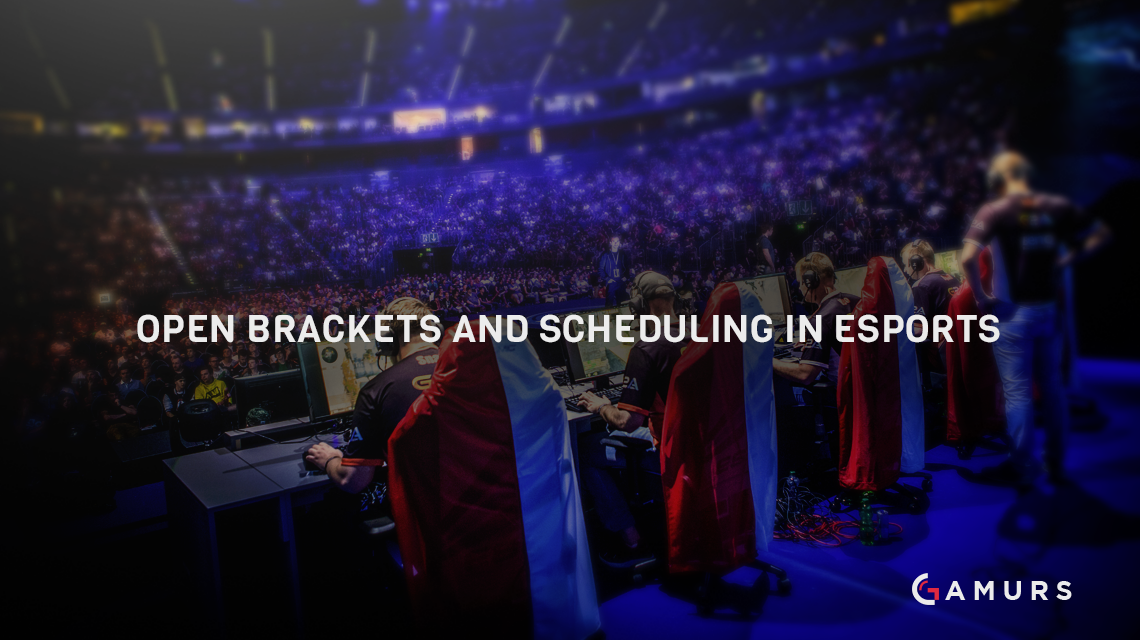 I am writing this opinion piece on the back of some conversations I have had Twitter and my personal opinions on the scheduling of esports, especially those that have international teams of high caliber attending and/or have open brackets attached to the pool play.

You can follow this thread here and see what I said on Twitter that led me to write this article:

Lol all the audio is eUnited beating us…..*awkward pause* and then it cuts to us winning. Proving my point about the grand finals casting https://t.co/J5CBzBzNBN

How many events have you watched where you favorite team is playing at 1:00 a.m because they had to wait for an open bracket team to battle through the pool? If your answer is “countless times,” then you are not alone. I think it is high time we have a good look at open bracket events in terms of strengths and weaknesses, and I will try to offer examples, as well as a couple of ways I think it could be fixed.

Let’s take a look at some of the examples for the points I have listed above.

At MLG Vegas for Call of Duty, 152 teams played at the event over the weekend. At that event, Enigma6 fielded a roster with some players from a few years back who got pushed out of the scene because of their age. They placed top-eight at this event, proving new talent is still out there. At this event, E6 also swept the group which included Rise Nation, the eventual tournament winners, and fan-favorite OpTic Gaming.

PNDA Gaming also attending the event, a smaller organization who arrived in force last year with a Call of Duty roster. This organization placed top-20 after fighting through the open bracket and many people are excited to see them in the not-too-distant future.

Now both of those examples sound pretty positive. However, I will now offer you some other examples. At that same event, Splyce (a European team who are regarded as one of the best, not only in their region, but in the world) battled through the open bracket event and made it into Pool C. Here, their only loss was to Cloud9, the eventual runner-up of MLG Vegas, and it was pretty close:

Splyce then faced FaZe Clan, arguably one of the greatest teams in the world. FaZe placed third at Vegas and sent Splyce down into the lower bracket. Splyce then faced Evil Geniuses, a legendary organization in Call of Duty, who beat them 3-2.

Now let’s add some context to these examples. Splyce played FaZe Clan at around 3/4 a.m.; I know this because I was watching from the UK. They were then first to play the following morning in the third round of the losers bracket. I personally do not think this was fair, nor was it a true representation of any of the teams attending from the UK.

A separate but connected point is that casters have to stay up too. As raised by OpTic Ashes in his video and on Twitter, he felt the casters at the most recent Gears of War event weren’t hyped about OpTic while they were winning. He also mentioned how his team faced an open bracket team at 1 a.m.

Lol all the audio is eUnited beating us…..*awkward pause* and then it cuts to us winning. Proving my point about the grand finals casting https://t.co/J5CBzBzNBN

Although OpTic was a heavy favorite and was almost expected to win every match they played, casters should still try to remain unbiased during a cast. I love the E6 Gears guys and the OpTic Counter-Strike team, and I will always support my UK lads when they play in Call of Duty. However, during a cast, those casting should try to remain neutral and highlight key points for victory, as well as celebrate big plays made by either team, whether they are the favorite or not.

I’m not saying a caster should expect “Team Killing Team” to beat OpTic Gaming if none of these players have ever been heard of before, I was just echoing a point made by Ashes. Professionalism is an important part of being a caster and being unbiased while casting is basic, however, even the “highly” experienced casters need to be reminded every once and while.

The final example I have to provide is about the planning of open bracket events and their schedules.

Here is a screenshot of the MLG Vegas schedule:

Scheduling is often messed up by open bracket matches lasting longer due to disputes, technical issues, set up time per team and teams finding where they are meant to be. This problem could be easily solved by giving the open bracket it’s own day, instead of squeezing it all into one venue while the pool play matches go on. This would cause less stress for members of staff, allow more time for teams to rest up in between matches and properly prepare themselves for upcoming foes and we would probably hear fewer stories about players collapsing from lack of food, lack of water and sleep deprivation because they have been up for 17 hours straight. It has happened before.

I am sure event organizers will say it will cost more money, or that the venue isn’t available for four or five days, but this is something that has to happen. Player rights are on there way and I am pretty sure the scheduling of these events will be looked at intently as a health hazard for those competing. It is also a royal pain to wait around for a team who may or may not crush your souls.

These are some of my opinions on open bracket events and the scheduling in a few esports. I could pull from more games, such as CS:GO and Halo, but the information boils down to very much the same point. Things have to change and extending the duration of events could be one of the many key steps in the right direction.

Please feel free to share your thoughts with me by sending me a tweet @GAMURS_tnm. For more of my content on multiple esports titles, check out my author page here.