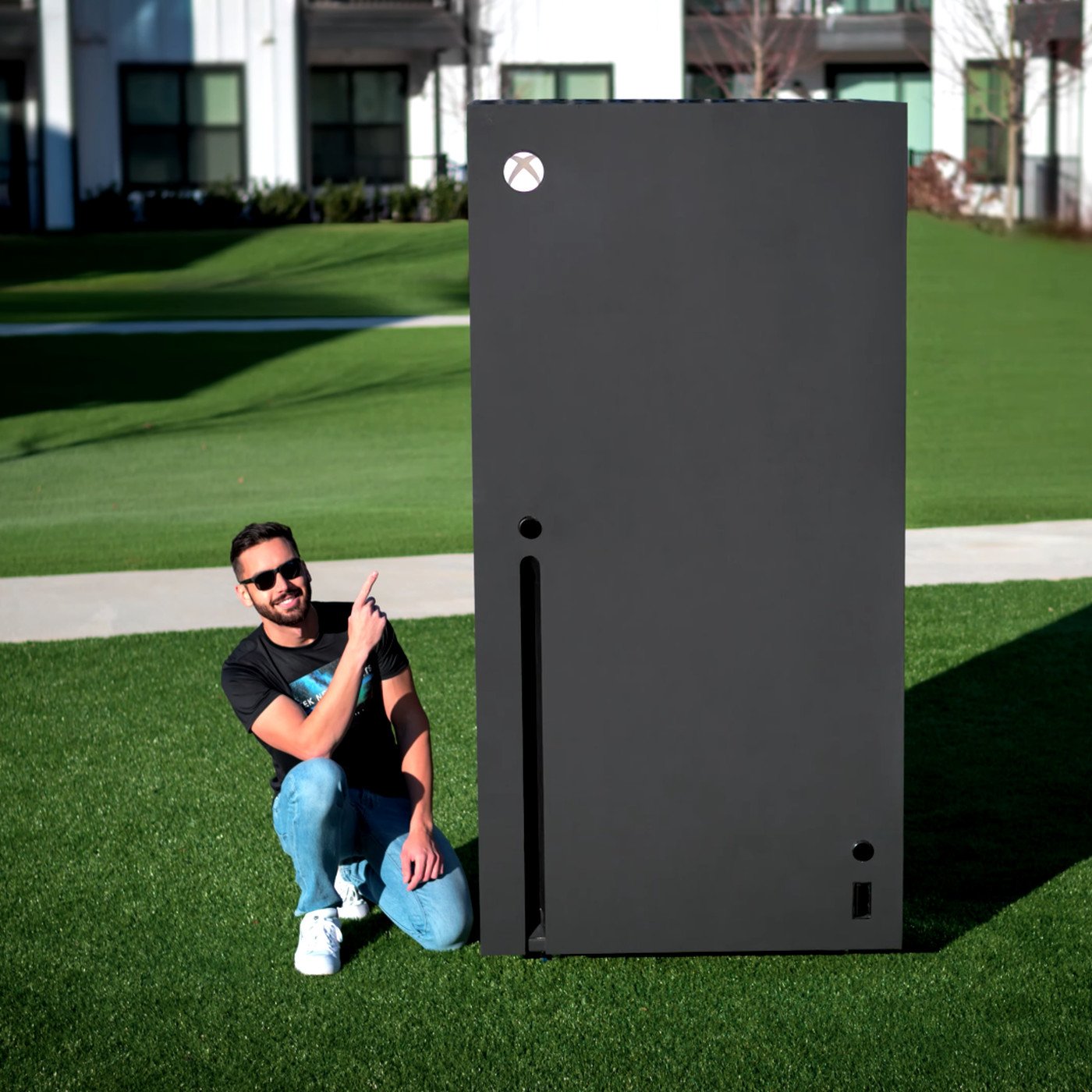 A Youtuber named Michael Pick built the biggest Xbox Series X of all time and posted the process and results on his Youtube channel. The giant console measures 2.07 meters high by 1.03 meters wide and weighs 113 kg, resembling a large refrigerator.

The construction took a long process of several weeks in total.

It’s not the first time Pick has created giant versions of consoles. He is responsible for the biggest Nintendo Switch in the world. According to Pick, the idea came after seeing Microsoft’s Xbox Series X Fridge commercial. It “would be even cooler if it works” said Pick. And so he decided to make the Xbox that Microsoft didn’t, giant and functional.

According to Pick’s video, the start was easy, with simple wooden structures and details like the spaces for the rear connecting ports. The most challenging part of the construction was properly making the convex top of the console, which isn’t even present on Microsoft’s Xbox Series X Fridge. To achieve the desired effect Pick had to 3d print several small sections with the circular cutouts and then glue them together. After painting and assembly Pick said this detail “helps this build come to life even though nobody will ever see the top” because it is so tall. Other striking details are the giant USB ports also made with 3d printing and the Xbox logo that was made to have the same glowing effect as the original Xbox.

Underneath the entire structure is a common Xbox Series X console working. When you press a button on the giant Xbox, it sends a signal to an Arduino microcontroller, which tells a motor to gently press the button on the console inside. In the video, it’s possible to see Pick playing games like Halo and Minecraft, proving everything is working just fine.

Once finished, Pick took his giant Xbox to Youtuber and artist ZHC, which he customized with a stylized, colorful paint job. At the end of the video, as Pick has done before with the giant Switch, the console was donated.

The institute that received Pick’s giant Xbox was the YMCA Youth and Teen Development Center in Atlanta, Georgia.