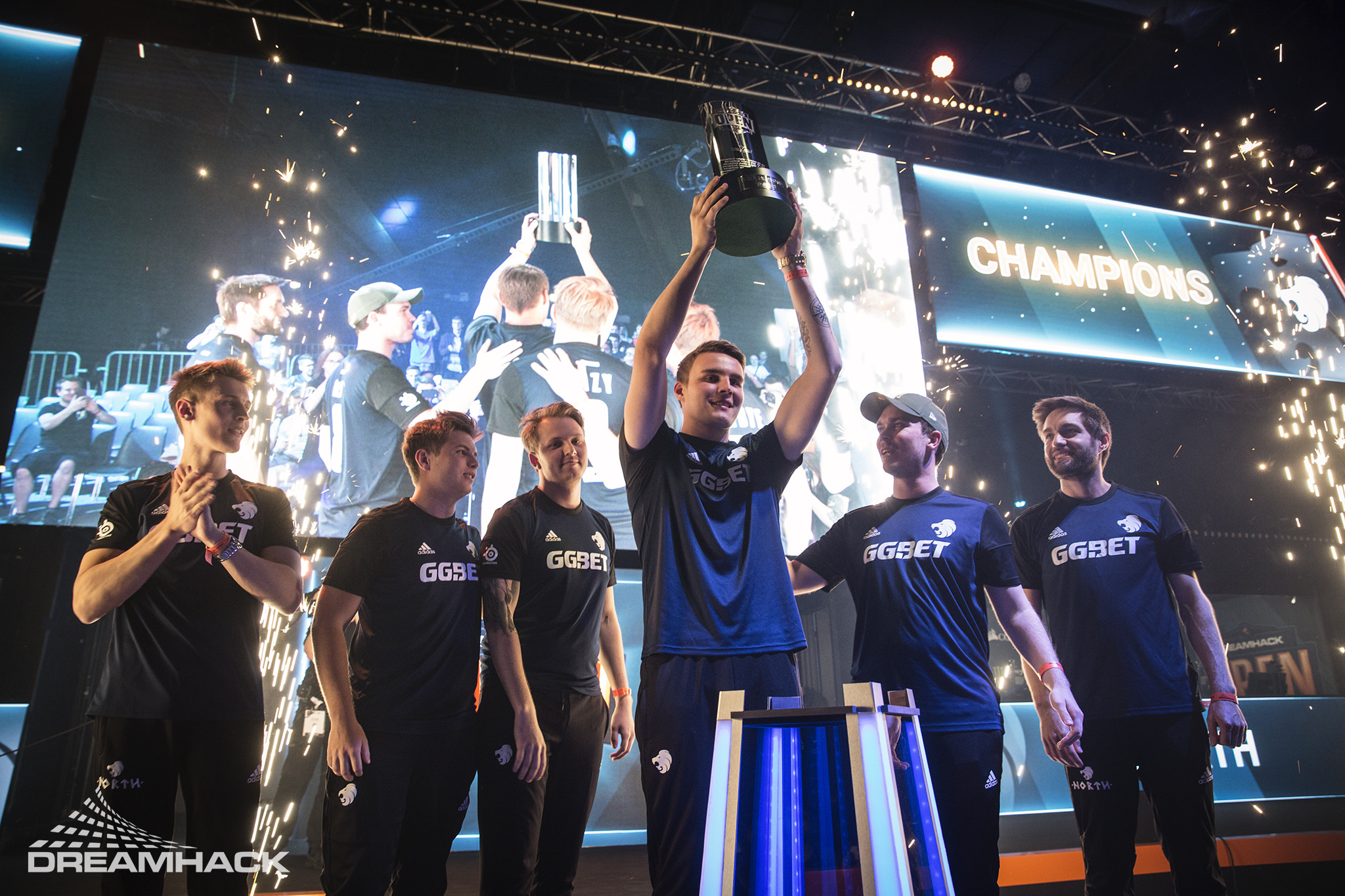 North have emerged victorious as the winner of this year’s installment of DreamHack Tours.

The Danes won the three-day, $100,000 event over many top contenders who couldn’t attend the ESL Pro League Season Seven Finals this weekend, such as HellRaisers, Gambit Esports, Team Envy, GODSENT, and Torqued. Despite their absence from the EPL Finals, this tournament seemed to be good LAN practice for all of the teams in attendance.

North opened up their run in Tours, France with solid Dust II group stage wins over Imperial (16-14) and Envy (16-8). Valdemar “valde” Bjorn Vangsa also carried North to victory over Imperial with a 35-kill top frag. North’s 2-0 record in the group stage earned them a one-way ticket to the semifinals against Gambit Esports, who just barely made it to the playoffs because of a tight decider match against rising Polish squad AGO Esports.

Gambit secured map one, Train, but North’s Dust II and Overpass were too strong for the CIS juggernauts. Dust II definitely seems to be North’s strong suit, similar to their Danish counterpart Astralis, while Overpass tends to be one of Gambit’s weaker maps.

North then went on to the grand finals, where they swept HellRaisers in two convincing maps—Mirage (16-12) and Inferno (16-9). Daniel Mertz and Markus Kjaerbye had the highest HLTV 2.0 ratings in the server throughout the series, with averages of 1.31 and 1.21 over some of HR’s best players, like Issa “ISSAA” Murad and Ozgur “woxic” Eker.

Not only was North’s championship win in Tours the highlight of the weekend for some, but the event also shed some light on storylines within other teams. Envy’s disappointing group stage exit could be foreshadowing an imminent French shuffle. Gambit faced problems of inconsistency like usual, and Torqued are still a developing team.

North will be going up against much harder competition at their next big international event, StarSeries Season Five. They’ll be fighting for a larger prize pool against many of the world’s best teams, like Team Liquid, Natus Vincere, and defending StarSeries champion Mousesports.