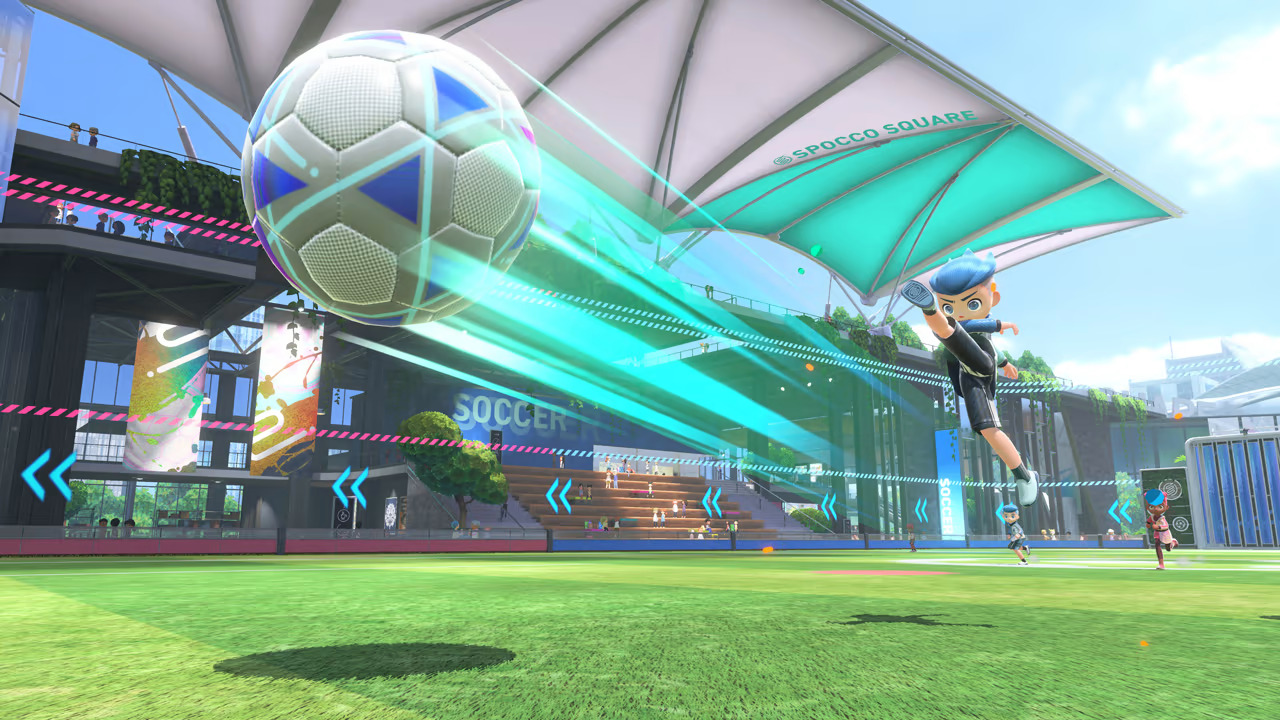 Nintendo Switch Sports has today received its second free update since launching in April and now there is a reason to take advantage of the included leg strap.

Version 1.2.0 is here and the biggest addition is the ability for players to use the leg strap when playing regular one-vs-one or four-vs-four soccer matches.

Previously this accessory could only be used in the game’s soccer shootout mode, but now it can be used in all modes related to the sport. This is a feature many have been waiting for as the leg strap came included in physical copies of the game.

Of course, this isn’t the only change in patch 1.2.0. Volleyball also has new moves to spice up gameplay. These are side attacks are great for catching your opponent off guard by striking the ball in different directions. Also, rocket serves have been added, allowing players to more effectively catch players while serving.

Bowling also saw some changes which included slightly optimization to how pins fall and new difficulties added to the Pro Leagues. These are S Rank and Infinity Rank. YOu can also now opt to turn off your opponent’s nicknames and titles when playing online through the user settings menu.

Playing with friends is also made easier: from this patch now you can name rooms. This Room ID will give players online a new way to join without having to be friends.