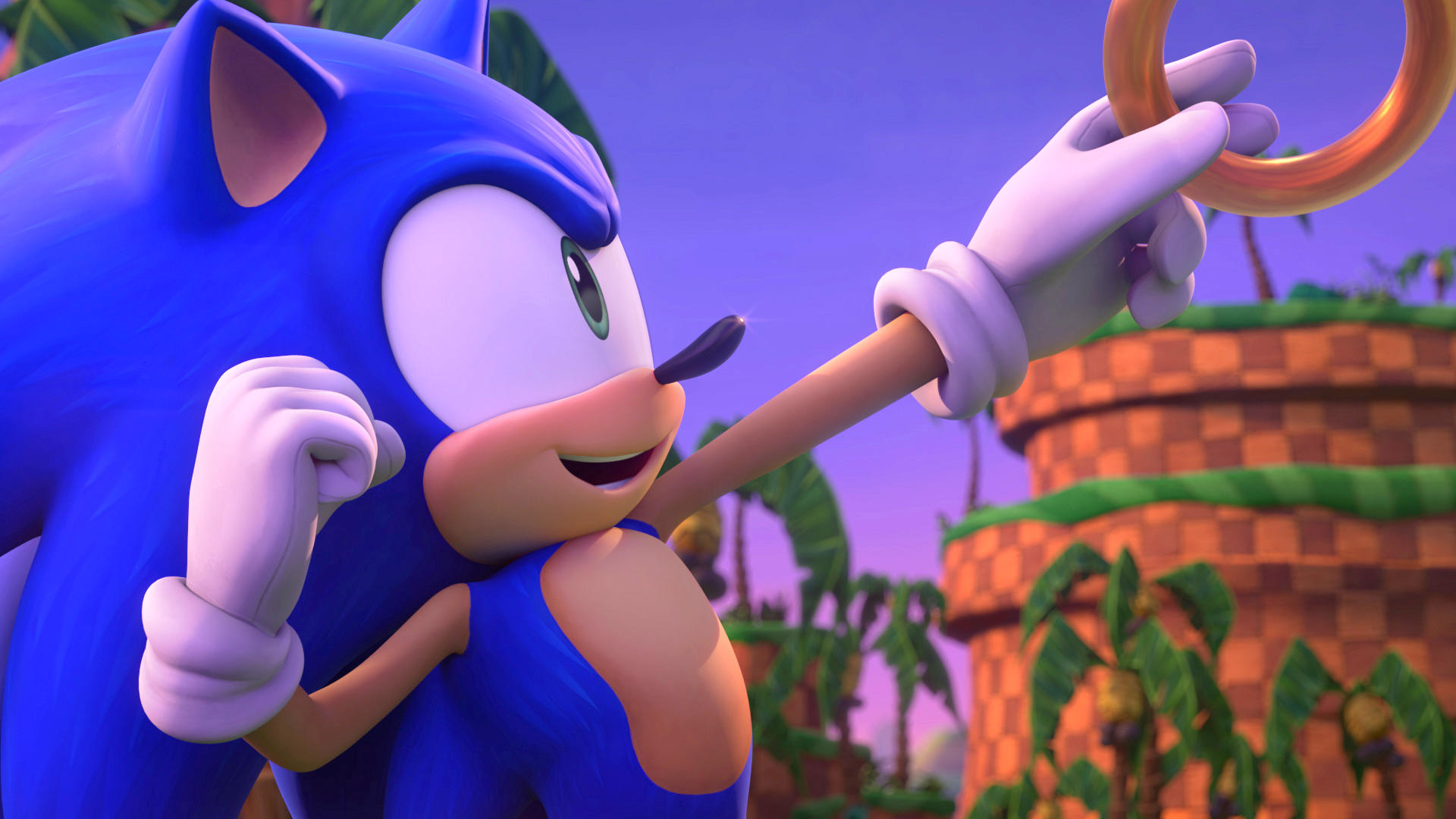 The upcoming Netflix original series was announced in February 2021 and looks to be drawing on some of the most classic Sonic levels there are. The released images show a classic Sonic collecting rings. The background should be unmistakable for Sonic fans as well, with the tropical trees and checkered ground of the original Green Hill Zone from Sonic the Hedgehog clearly visible in the background.

Netflix also posted a trailer for its slate of upcoming animated releases, including a short clip from Sonic Prime.

While the official looks at the new Sonic series are limited, it’s clear that the new series looks more like a Sonic video game than most of the Sonic-related films and television series of the recent past. The landscape of Sonic Prime’s Green Hill Zone even retains the blocky topography of the setting from some of the earliest games in the series.

Little is known about the plot of Sonic Prime, but leaked concept art from last year suggested the series might take a multiverse approach to Sonic’s adventures, with Sonic battling several Dr. Robotniks at the same time. Netflix’s release describes Sonic Prime’s “breathtaking adventures,” which certainly could fit the bill of the hedgehog traveling through multiple realities. The name “Sonic Prime” itself could refer to there being multiple Sonics in the series, while the main character of the show is the prime Sonic shown in the trailer.

While an exact release date is still to be announced, Sonic Prime is set to drop on Netflix in 2022.