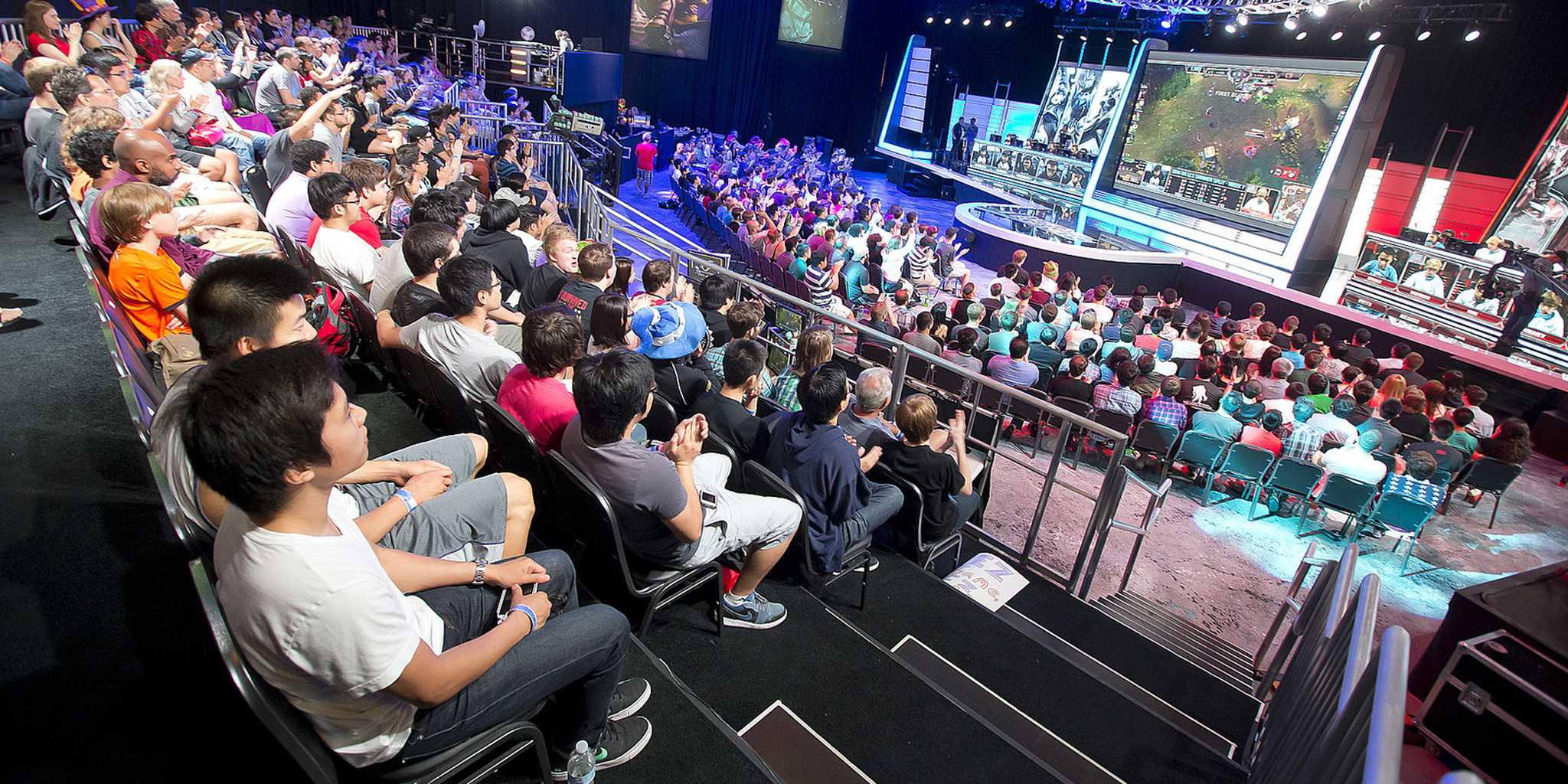 Two teams will earn coveted spots in the League Championship Series this weekend.

The North American Expansion Tournament kicks off its final round this afternoon. Four teams—Final Five, Team Fusion, Curse Academy, and Team Coast—will compete to decide who takes the ninth and tenth spots in the LCS this season.

The four teams will compete in a double elimination bracket starting today at 2pm ET when Final Five and Team Fusion face off. Win two best-of-five series and you’re into the LCS. Lose two and your pro gaming dream is over.

It’s a simple competition as the event moves from online competition to live play. This weekend the stakes are raised—it’s the first in-person  meeting for the teams in the series.

But just who will qualify for the LCS?

The one true underdog left in the field of four teams, few expected Final Five, a challenger team filled with relatively low profile American amateurs, to reach the live stage of the Expansion tournament. But after obliterating Complexity Black, a team featuring the core of the Complexity squad that finished 10-18, few doubt their talent.

The team came together in October, built by Santos with the goal of entering the Expansion tournament, and made it a reality by qualifying through the Ranked 5’s ladder.

While Santos is a top lane rock and Nget applies pressure around the map like few challenger junglers, Sosnicki is the player to watch on Final Five. He’s posted 36 kills so far in the expansion tournament, the most of any player, and destroyed Complexity with an impeccable 7/1/11 Vayne in the first match of their series.

One of those teams springing up to take advantage of the opportunity the Expansion Tournament represents, Team Fusion has placed some of the top American talents now outside of the LCS, veterans like Atkins, Malhas, and Haddad, together with two Korean imports in a bid to revive their careers.

But Team Fusion is really about one man—Yoon, the legendary top laner who is never afraid to dive for the kill.

Yoon is the type of talent you build a team around, a Korean superstar making a return to professional play capable of putting on show-stopping performances. His extremely aggressive playstyle even necessitates it. But he’s become a bit of a League pariah, after massive success early in his career. Team Fusion is his change to rise like a phoenix.

So far in the expansion tournament, he’s delivered, posting the highest kill rate in the tournament by far, with 4.46 per 10 minutes, outpacing a 2.39 mark.

Fusion will live and die by Yoon’s performance, but that isn’t necessarily a bad thing. The team around him certainly has the talent to make an impact, and they certainly have, like Malhas and his 15/1/25 KDA against NME esports

One of the favorites entering the tournament, Curse Academy was one game away from the LCS but lost three in a row to Counter Logic Gaming in their promotion series. Now they have a second chance to reach the big league, one they will be sure not to waste.

Unlike the other teams in the event, Curse Academy isn’t a squad that formed specifically to take advantage of this rare chance to enter the LCS. Most of their lineup played together through the challenger series, which could be an advantage over the more pickup nature of their competition.

Either way, Curse Academy has the talent to reach their goals. DiMarco may no longer be the best jungler on the planet, but his leadership is invaluable. The Academy’s bottom lane is solid, with the consistent and steady Roberson paired with the playmaking Kurylo. But the real player to watch is Jang in the mid lane. During the promotion tournament Jang dazzled with unconventional picks like Hecarim but also displayed top caliber play on meta champions, earning him attention as a possible mid laner on current LCS teams like Curse Gaming itself.

But he won’t need to join another team if Curse Academy takes care of business.

While Coast’s lineup looks like a bunch of mercenaries pulled together to pulverize the Expansion competition, that isn’t necessarily a bad thing—a mercenary is nothing if not a professional. Team Coast has certainly approached crushing their competition in a professional and business-like manner.

Many of the players on Coast have a lot to prove. Taylor and Le both competed in the last split of the European LCS, but found themselves without teams this offseason. This is their chance at redemption. Phan, Gallagher, and Rosales have all tasted LCS play, but have spent most of their careers on the outside.

So far in the expansion tournament, Coast has looked unstoppable. Roales has a ridiculous 17/1/38 KDA in the top lane. Phan’s posted 29 kills, second in the tourney, with the top Gold Per Minute of all players at 470.12. That isn’t against walkover competition either—LoLPro was an LCS contender until they faced Coast.

Two matches run today, with two more on Saturday, scheduled for 2pm ET and 5pm ET each, and a final game at 2pm ET on Sunday. One team will win an LCS spot on Saturday night, while a second gets in Sunday.

It’s a rare chance to see some of the best talent in League of Legends play in some of the highest stake matches of their careers. This weekend, in the Expansion Tournament, careers will be made, and careers will die. Don’t miss it.