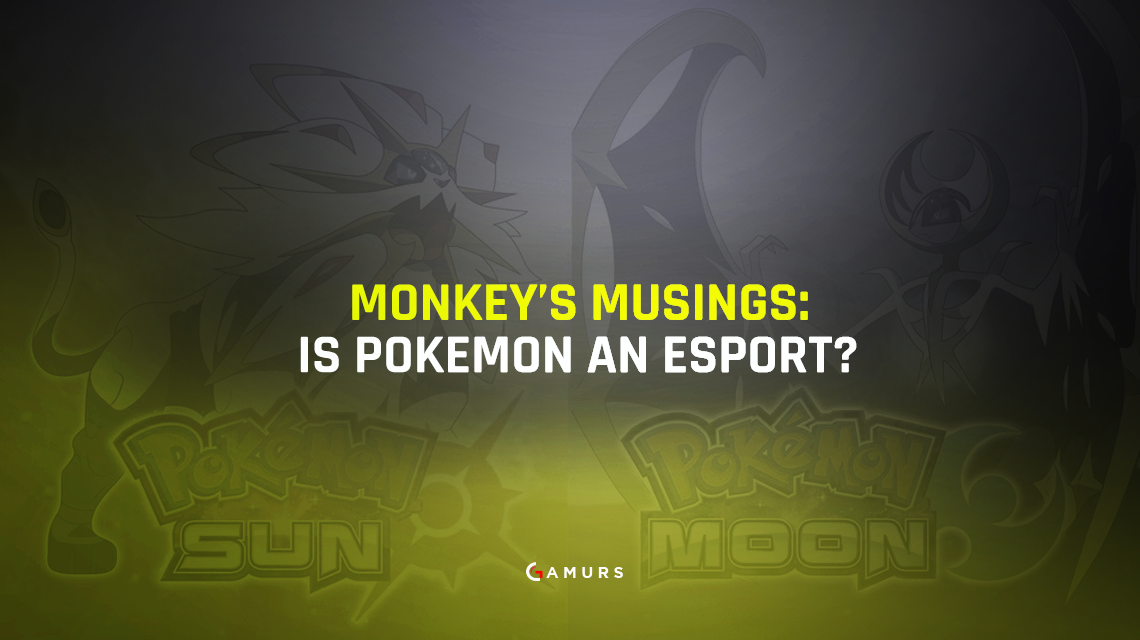 Considering the worldwide phenomenon of Pokemon has been out for nearly a week at the time of writing with its newest installment, Pokemon Sun and Pokemon Moon, I feel inclined to ask the burning question of many Pokemon fan’s lips: Can competitive Pokemon be considered an esport?

I was able to sit down and talk to one of the Pokemon Company’s Public Relations Team at an event a few days ago about this very subject, and we seemed to share similar ideas on the topic.

Competitive play for the Pokemon games has been going strong now for nearly fifteen years. You heard me correctly there; it’s hard to imagine that since the GameBoy Advance era, world champions and competitive Pokemon play has been the norm. However, the idea of it being an esport is something that goes amiss.

What defines an “esport”?

To many, esports define a competitive tournament of video games, especially among professional gamers. Players who spend their a major amount of their days training to be the very best (like no one ever was).

As I said before, after talking with Richie from the Pokemon Company, we both came to the assumption that many don’t perceive it to be an esports due to the lack of sponsors and the lack of teams going there. The players are just individuals – there isn’t a place to sponsor as the Pokemon Company does all of it out of their own pocket to promote the game, the Trading Card Game and all its merchandise. It doesn’t try to be a big esport, it just looks to give something players can enjoy as a general experience.

Whether that might change in the future is undecided, but it still makes a for a great entertaining spectacle where everything can happen.

Does it matter if Pokemon is an esport?

The whole aspect of musings is to be a musing, a thought. It is a thought that has passed many Nintendo fans, what differs between Super Smash Bros. and Pokemon and if the “esport” denotation matters. Competitive Pokemon may not be defined as an esport and have a scene like League of Legend’s League Championship Series or be something that teams and sponsors pour money into for a piece of the ‘pie,’ so to speak. However, Pokemon already has mass global appeal, their aren’t many people in the world who don’t know who Pikachu is. They don’t need to push a scene like the LCS, the Overwatch Open or Dota 2’s The invitational. they don’t need to give companies control over their IP to make tournaments and scenes to advertise the game. Pokemon advertises itself, their world champion is known by those who play comeptitve.

If this event has taught me anything, it is that Pokemon is alive and strong. The competitive scene is more catered towards the mass populace of players who play and train in the game to compete. Pokemon doesn’t need a dedicated “esports” denotation to gain popularity and viewership because those who want to compete will do so regardless.

What are your thoughts on Nintendo possibly joining the world of esports? Let us know by commenting below or tweeting us @GAMURScom.