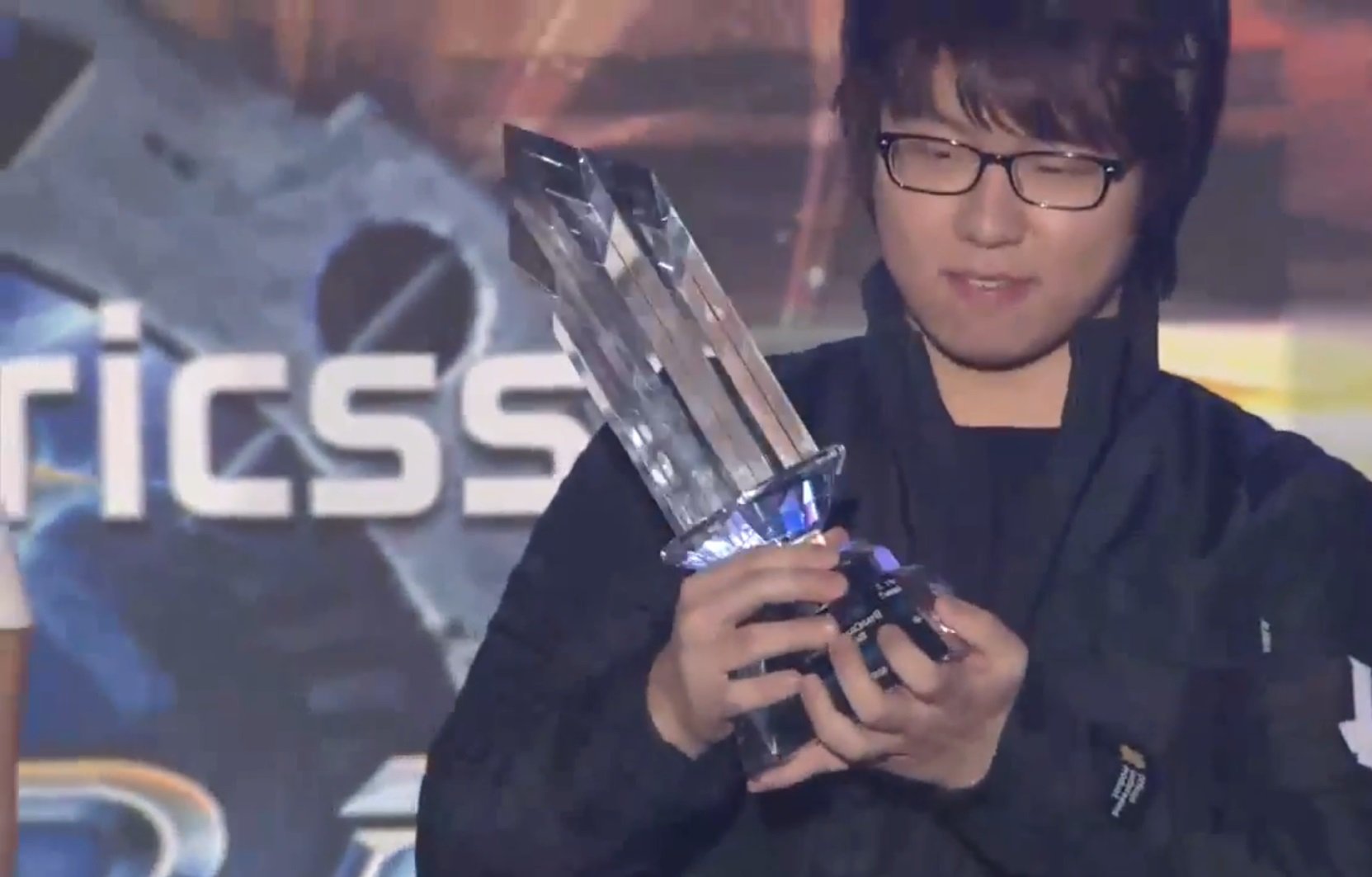 The most successful player in StarCraft 2 history hung up his mouse today.

Jang “MC” Min Chul left an indelible mark on the game as its most prolific winner, earning $492,405 in his five year career, according to esportsearnings. No player comes close to earning that much, with only Lee “Life” Seung Hyun and Jung “MVP” Jong Hyun barely breaking $400,000. But his money-winning days are now at an end, Jang revealed on Twitter this morning.

so i was lazy so i didn’t practice a lot and i can’t check my sc2 skill cause i’m playing only ladder games. i’m really sorry to my old fans

but i have to choice for the future well.. really thx!! and see you 🙂 it was great time for BOSSTOSS

In January, Jang considered retiring when he couldn’t find a team willing to provide him the resources he believed he required to make his career worthwhile. Evidently, no one stepped up.

The Boss Toss, as fans affectionately called him, was famous for his showmanship, the way he courted fans with a fun-loving attitude, and his bloodthirsty Protoss play. He burst onto the scene in 2010 at StarCraft 2’s release, winning the third Global StarCraft League (GSL) Open Season and establishing himself as the best Protoss player in the game.

He followed it up with a successful 2012, scoring over $140,000 in winnings by scoring championship wins in the GSL and at DreamHack, as well as multiple top three finishes at Major League Gaming (MLG) and Intel Extreme Masters (IEM) events. In 2012, Jang scored another $124,000 in winnings and took the title at the IEM VI World Championship in March. But the release of expansion pack Heart of the Swarm in 2013—and the switch of StarCraft: Brood War pros to the sequel—coincided with a decline in his results. Still, Jang managed to pull in $66,000 each year thanks to solid showings, even if he lacked the major tournament victories that were a staple of his earlier career.

It’s hard to think of a player who left a larger mark on the game. Jang was the first outspoken Korean player who embraced the role of entertainer and not just competitor, and was also part of the legendary triumvirate that ruled the game for the couple of years after its launch—Jang the Protoss, Jung “MVP” Jong Hyun the Terran, and Lim “NesTea” Jae Duk the Zerg. Jang was the last remaining of that three-headed monster, but it was inevitable he’d eventually hang up his mouse.

As to his future, Jang outlined a couple of options in January. One was to continue his career as a streamer, something at which someone with his popularity and ability to entertain could surely succeed. Another option is completing his mandatory military service in Korea. But whatever Jang decides, he’ll surely be missed.