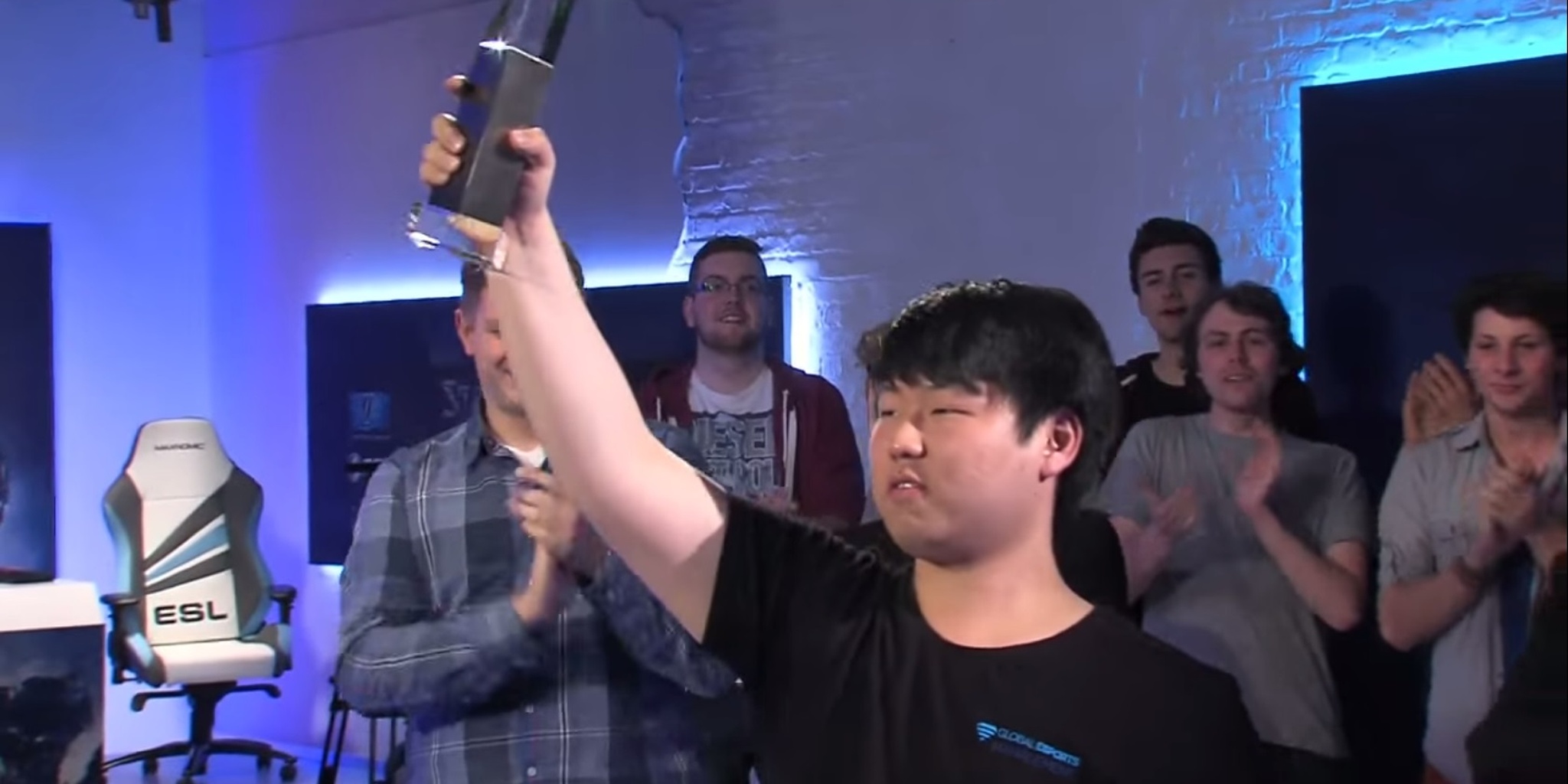 One of StarCraft 2’s most beloved legends is contemplating retirement after failing to find a team willing to meet his modest salary expectations.

Jang “MC” Minchul, the 23-year-old Protoss player affectionately nicknamed the “boss Toss” for his no-holds-barred play style and don’t-give-a-fuck attitude, is the winningest player in StarCraft 2 history with over $490,000 in prize money to his name, including two Global Starcraft League championships, and Intel Extreme Masters World Championship in 2012, and a World Championship Series Season 1 win in Europe last year.

Jang is looking for a seemingly reasonable $3,000 a month to ply his pro gaming trade, and considering how endearing he is to fans a $36,000 yearly salary seems like a steal for a player of his profile and caliber.

That’s left the player contemplating options for his future, including streaming full-time, going it alone, or even Korea’s mandated military service, which would likely spell an end to his StarCraft career.

I have 3 plans about my future. 1. retire and streaming whole day 2. still progaming with out any sponsor and team 3. military service

Going it alone may not be a terrible option for the prolific and successful player—in fact, he’s been doing just that since his contract with SK Gaming expired in December of 2013, forgoing working with a traditional team in favor of agency Global eSports Management.

While 2014 was Jang’s least successful year since StarCraft 2’s release in 2010, he still managed to pull in $66,266 in winnings, a respectable amount for a year’s work. But that’s certainly not a stable income, especially considering StarCraft 2’s current downward trend: The game handed out $4.1 million in prizes in 2012, but declined to $3.7 million in 2013 and $3.37 million this past year. If that trend continues, it’s no wonder Jang is seeking a more stable income, whether through salary or streaming.

“That isn’t super expensive but with where SC2 is now it probably is a bit unrealistic unfortunately,” Robinson wrote. “He is a super big star but as a Korean you basically have to be the big of the big to get that salary on a foreign team.”

Robinson also notes that Jang is likely considered “too old” to join a KeSPA (Korean Esports Assocation) team in Korea, and qualifies his statement as “conjecture,” but “well informed.” As a professional player privy to the inner workings of StarCraft teams, it’s likely he’s close to the mark, and that’s too bad for fans of the current version of one of esports’ most important and successful titles.

In some ways, it’s a bit surprising, too. While StarCraft 2 has suffered a decline in prize money awarded and fallen behind games like League of Legends and Dota 2 in the esports pecking order, the WCS finals at BlizzCon in November still broke the concurrent StarCraft 2 viewership record with over 150,000 people tuning in. If smaller viewer numbers in 2011 and 2012 were able to attract a salary worthy of Jang, then why not now?