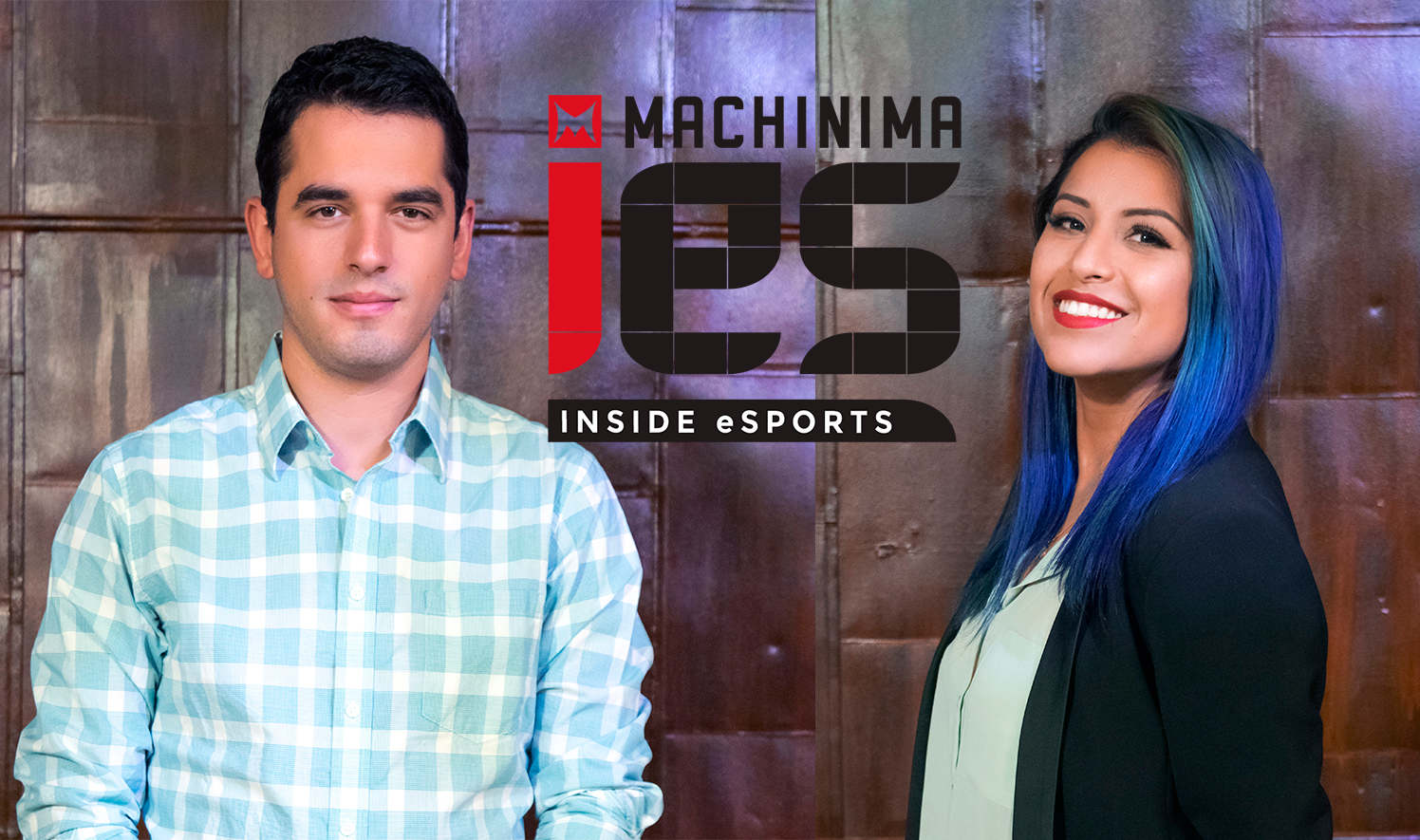 A new daily esports series launches in just a few days, with news, highlights, and analysis from five of the major esports genres.

Inside eSports, created by online entertainment network Machinima, will be available on media streaming app Verizon go90 from May 9. Every day the two hosts will break down the biggest in FPS, MOBAs, RTS, FGC, and FIFA—everything from tournaments, teams, players, the lifestyle, and fandom.

The hosts themselves are staples in the esports and gaming community. Alex “Axeltoss” Rodriguez is big in the StarCraft 2 community. He was formerly a player for ROOT Gaming and also commentates StarCraft among other titles. Paola “PancakePow” Alejandra has her own gaming podcast, and has attended and hosted many gaming expos like E3, San Diego Comic-Con, BlizzCon, and the Call of Duty Championships.

While the show runs every day of the week it will not be live, and there is no set amount of time per episode. Highlights will be posted on social media and, in extra special cases, on YouTube.

“There will probably be more content coming in and out of the weekends than on other days,” says Machinima CEO Chad Gutstein about having an open amount of time every day. “Like any new daily franchise things will be evolving. What you see next week will be different from what you see a couple of months from now. We’ll see what works and what the audience wants.”

The Daily Dot had a chat with Axeltoss and PancakePow about Inside eSports and their favorite esports titles.

What do you think Inside eSports brings to the table that other shows don’t?

Axeltoss: We are very much about depth and discussion with Inside eSports. Long-form items that provide a refreshing look from a unique perspective on interesting stories. Our team is filled with ex-pros and avid long-time esports community members and fans and we feel we can satisfy the needs of the amazing communities that surround the top esports titles, to deliver excellent content that everyone can enjoy.

PancakePow: People around the world are craving a taste of what the world is like from the “Inside” within the eSports communities. We will be doing top to bottom event coverage all over the world and be hand picking the best and most informative eSports news and coverage.

The show will cover teams, players, and the lifestyle. How important do you think it is to put this sort of spotlight on players and behind-the-scenes stuff?

Axeltoss: Esports is simply a fascinating industry, as well as everything involved within. The players and teams are an integral element to the space so it’s a great opportunity to dive deeper into the backstories of the players and follow them as they create the hype. This kind of coverage also helps people connect with players and learn more about their favorite team and heroes. These guys lead incredibly unique lives—the more of that story we can tell the better.

The show is seven days a week, what was the decision behind that?

Axeltoss: Esports is all the time. Games and matches are happening every day—players moving, sponsors becoming involved, governments endorsing, championships on weekends, not to mention stories that haven’t been broken yet and behind-the-scenes activities always moving and shifting. Our team will be living and breathing esports—seven days a week almost isn’t enough.

What sort of content are you most excited to do for Inside eSports?

PancakePow: I’m the only Latin female host in the world currently and now I have a platform that will allow me to feature women in esports. It is my mission to have a feature a week highlighting what women are doing for esports and the women who play competitively.

What are your favorite esports titles to watch?

Axeltoss: StarCraft is my favorite—especially most recently the GSL Final between Zest and TY. Clash Royale and Rocket League are pretty fun for me to play and watch so I am semi-actively involved with those scenes.

I’m getting into Counter-Strike a bit more and am beginning to understand the depth of the game at the pro level, which is turning out to be tremendously fun. League of Legends and Dota are a bit difficult for me to get into due to the complexities of the items and spells and abilities but I still find the matches enjoyable.

Alex, how do you think the StarCraft 2 scene is doing compared to other games?

Axeltoss: StarCraft 2 is in an interesting position. There are still tons of passionate fans, including myself, that follow tournaments actively.

One of the best GSL finals occurred recently where we were able to witness the dominance of Zest, a player who the commentator Tasteless regards as “The best Protoss of all time.” Game One alone was a perfect display of why StarCraft is great. Both players were so high level and evenly matched that the game truly turned into a game of chess, where each structure and unit could be seen as bishops, knights, and pawns, where every single unit has an incredible importance, one misstep could lead to defeat. A stage where each player truly showed their colors and why they are regarded as the best in the world.

The new expansion is dynamic and fast paced, and Blizzard seems to be working with the community a lot more to ensure the game succeeds as an esport. StarCraft 2 is unique in that it fulfills a small need in the esports landscape, the RTS 1v1 title with history. I feel like this fact is the reason we will see StarCraft thrive for many many years to come. It provides an incredibly unique viewer experience for esports fans that can truly not be replicated anywhere else.

In early esports growth it was a competition—who is the best esport. The landscape is adjusting where we are seeing communities and esports entities begin to support each other more. There is a place for multiple esports titles that each provide fulfillment in their own unique ways. I feel StarCraft is one of those which provides a unique viewing experience and is still growing. It’s smaller than the other big esports titles but has it’s own niche and will thrive within that niche.