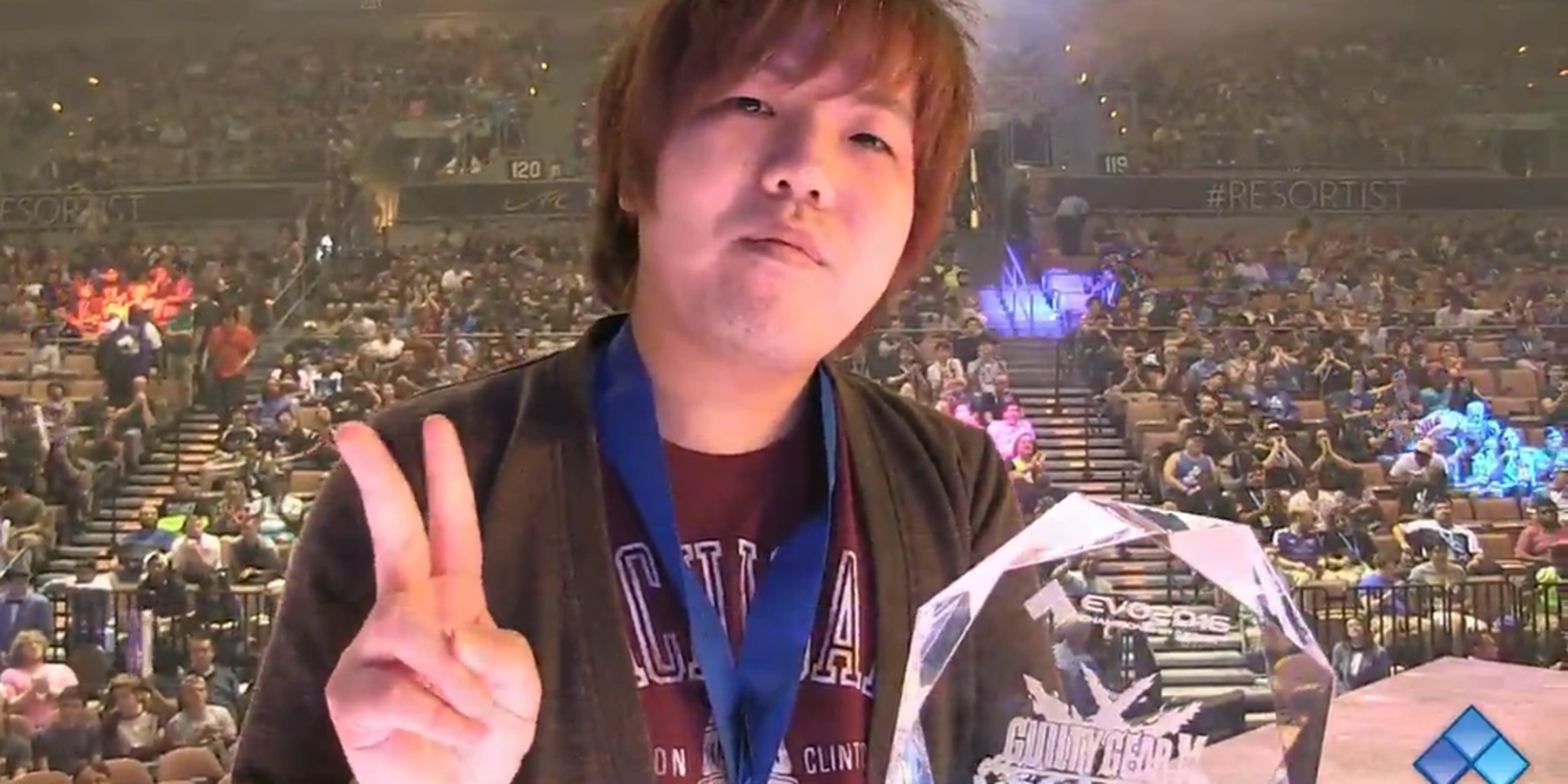 While the rest of the world has produced no shortage of Guilty Gear players, there is no doubt that Japan is still the game’s strongest region by a large margin.

Tominaga “Machabo” Masahiro defeated Hashimoto Omito in a thrilling grand final set to win the Guilty Gear Xrd Revelator title at Evo 2016 on Sunday. Machabo raced out to a 2-0 lead, but Omito made a tremendous comeback that fell one round short of forcing a bracket reset.

Machabo and Omito led a near-complete Japanese takeover of Sunday’s finals. The top six finishers all hailed from the Land of the Rising Sun. The two non-Japanese qualifiers, Yu “TopGaren” Gyung-Woo of Korea and Kyohei “MarlinPie” Lehr of the United States, both bowed out in seventh place.

Omito was sent to the losers’ bracket during semifinal action on Friday, which made his path to the grand final all the longer. He needed to defeat Nozaki “Dogura” Ryo to qualify for Sunday’s finals, then needed to win four more matches on Sunday against a proverbial murderer’s row of players: TopGaren, Inoue “Kazunoko” Ryota, Kitano “Nakamura” Takahiro, and Usui “Rion” Hisatoshi. Rion and Nakamura reached the last eight of last year’s tournament.

Rion finished third, one place ahead of Nakamura. Kazunoko tied for fifth place with Ogawa Kenichi, who was the defending Evo champion.

Shortly after Sunday’s finals, Guilty Gear director Ishiwatari Daisuke took the stage to announce that popular character Dizzy would be added to the game on Monday. The character will be available for free for a limited time. Ishiwatari also announced that a balance update was released immediately following the conclusion of Sunday’s finals, with an additional title update scheduled for release this fall.