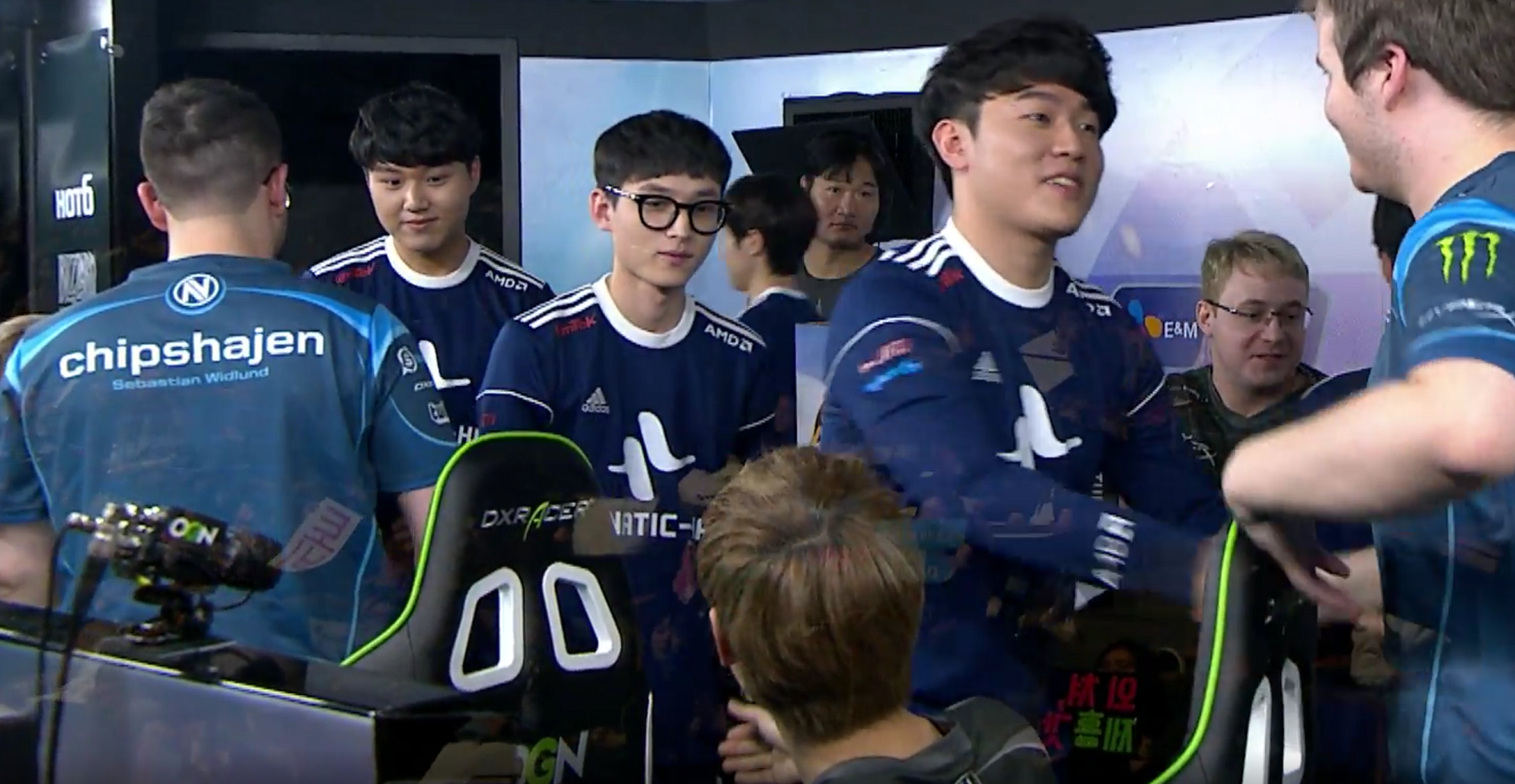 Season one champions EnVyUs matched up against Lunatic-Hai for the first match of the tournament’s second group stage. And things looked good for EnVyUs at first, but not for long. Unwilling to switch up its tank-heavy (plus Widowmaker) composition, EnVyUs got overrun 3-0 by Lunatic-Hai’s exceptional dive composition. But it wasn’t only EnVyUs’ hero picks that let them down: EnVyUs made mistakes in ultimate timings while Lunatic-Hai just made smarter decisions.

EnVyUs will need to expand its hero pool and figure out different lineups if they want to see success in their lower bracket match against KongDoo Uncia. And that’s certainly not going to be a match that’s easy for them.

Not many would have predicted that RunAway would be the team to push KongDoo Uncia into the OGN Overwatch APEX season two loser’s bracket. In doing so, RunAway pulled off a major upset, their matches speckled with aggressive dive heroes and unthinkable saves.

Little moments like these snowballed throughout all of RunAway’s matches against KongDoo Uncia, allowing them to take the series 3-1.

Lunatic-Hai will face RunAway on March 7, followed by EnVyUs versus KongDoo Uncia. The winner of group A will be determined on March 10.