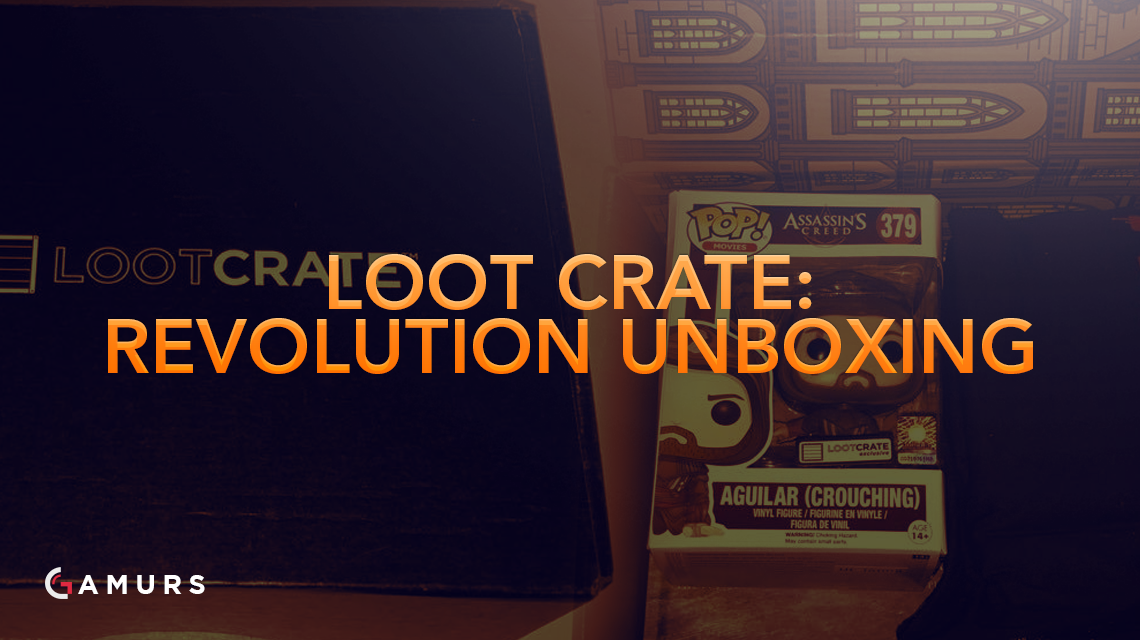 The theme for the December Loot Crate was Revolution, featuring the likes of Assassin’s Creed, Mr. Robot and Firefly. The box itself was the combined some of the most influential franchises surrounding the theme of “revolution,” and has some pretty cool loot inside. Let’s take a look, shall we?

Yes, you know what the “F” stands for in this, hence its relevance to the Revolution theme. Fancy letting the world know you belong to a group of anonymous hackers that hate society? Then this shirt is for you (just know that the shirt doesn’t make you anonymous if worn). A design taken straight from the Amazon Original series Mr. Robot, this shirt is great for any fans of the series, or anyone who wants to make a statement.

This book is both a collection and a celebration of the pop culture works of Daniel Picard. The photographs captured contain characters from Star Wars, Uncharted, DC Comics and many more. Shaun of the Dead actor Simon Pegg provides the foreword for the collection, which gives an idea of the quality of these photographs. A looting essential for sure.

From the computer screen to the big screen, the new Assassin’s Creed film tackles a new story within the universe, set in the Spanish Inquisition. Fans of the franchise will instantly recognise the character clothing on the figure. The pose of this figure in particular is a Loot Crate exclusive, making it an even more impressive piece of loot.

Bearing the Assassins insignia is sure to strike fear into the hearts of anyone who dares cross you. This badge symbolises both courage and honor, while promising pain and loss. It also comes with a digital chapter of the new Assassin’s Creed novel titled Heresy. Not as intimidating, but just as cool.

That’s the roundup of the Revolution Loot Crate. Be sure to check out Loot Crate for all your looting needs, and use code GAMURS to get $3.00 off your order.

What was your favourite piece of loot in this crate? Let us know down below, or tweet us @GAMURScom.