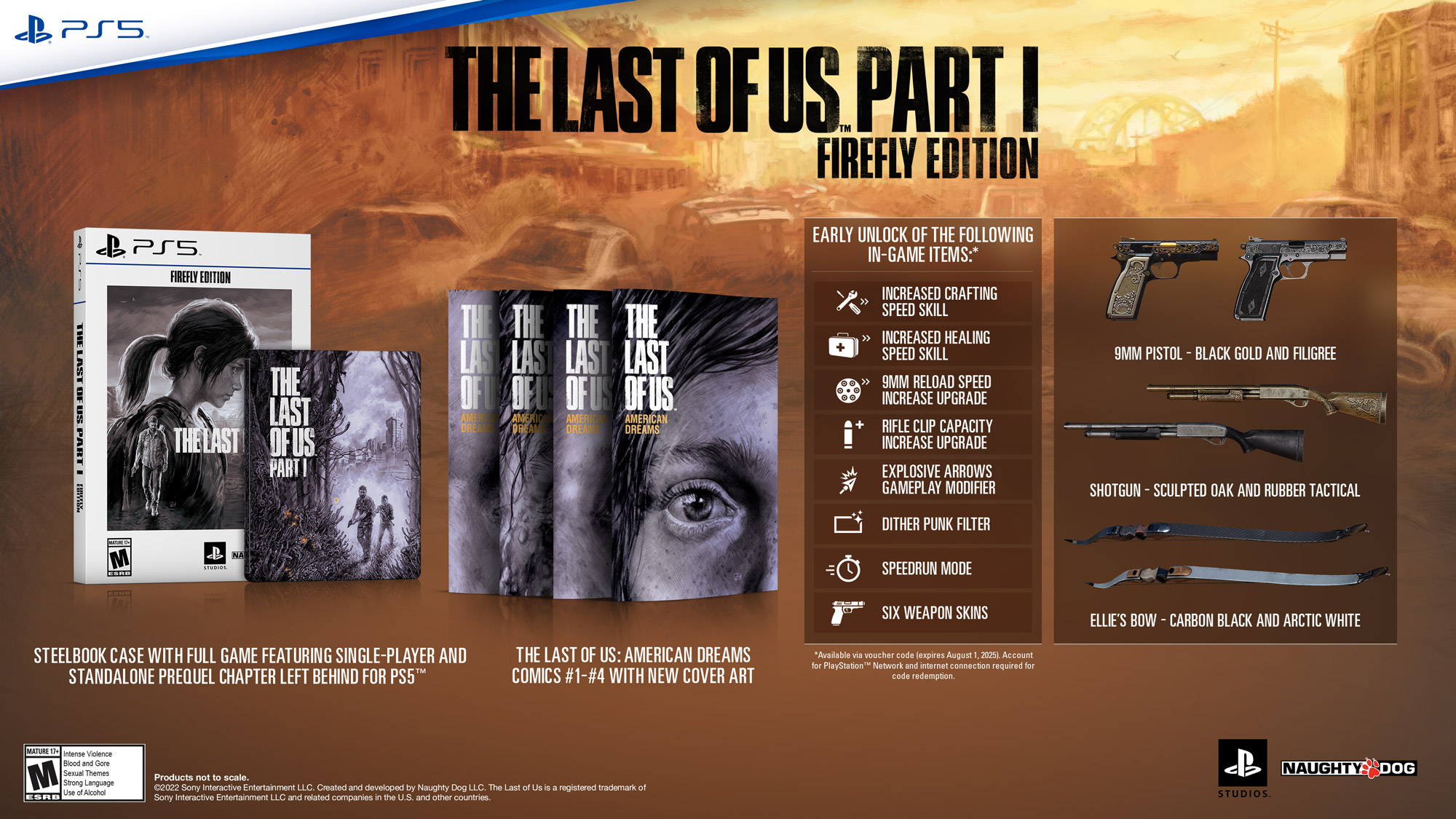 Last of Us Part 1 fans will have another opportunity to acquire the popular game’s Firefly Editions starting on Sept. 1 at 11pm CT.

“With the Last of Us Part 1 launch approaches, we’re pleased to announce that we’ll have another limited set of Firefly editions available for purchase on 9/2/22 at 12 AM ET in the U.S,” Naughty Dog said in its Twitter announcement.

The Last of Us Part 1 Firefly Edition will include several special bonuses and goodies for those who choose to grab this special edition.

The following are benefits that you will receive for purchasing the Last of Us Part 1 Firefly Edition:

Aside from these in-game benefits, you will also unlock items earlier than the original version. Some of these benefits include increased crafting speed skills, increased healing and speed skills, and six weapon skins.

Unfortunately, the Last of Us Part 1 Firefly Editions will only be available for people in the U.S. But Naughty Dog has revealed that it will do its best to make it available for the European region as well.

“EU fans, we’re working with our partners at SIE, and hope to provide an update on what we can offer soon,” Naughty Dog revealed when announcing the news on Twitter.

But fans of the game from other regions will need to find other ways to get the Firefly Editions if they are keen on acquiring their copy of the limited editions.

That being said, those not interested in purchasing the special edition can also grab a regular copy of the game for $69.99.

The Last of Us Part 1 will be released on Sept. 2. Production of the game was led by game director Matthew Gallant and creative director Shaun Escayg. It will be available on PlayStation 5 on release and also available later for PC via Steam.