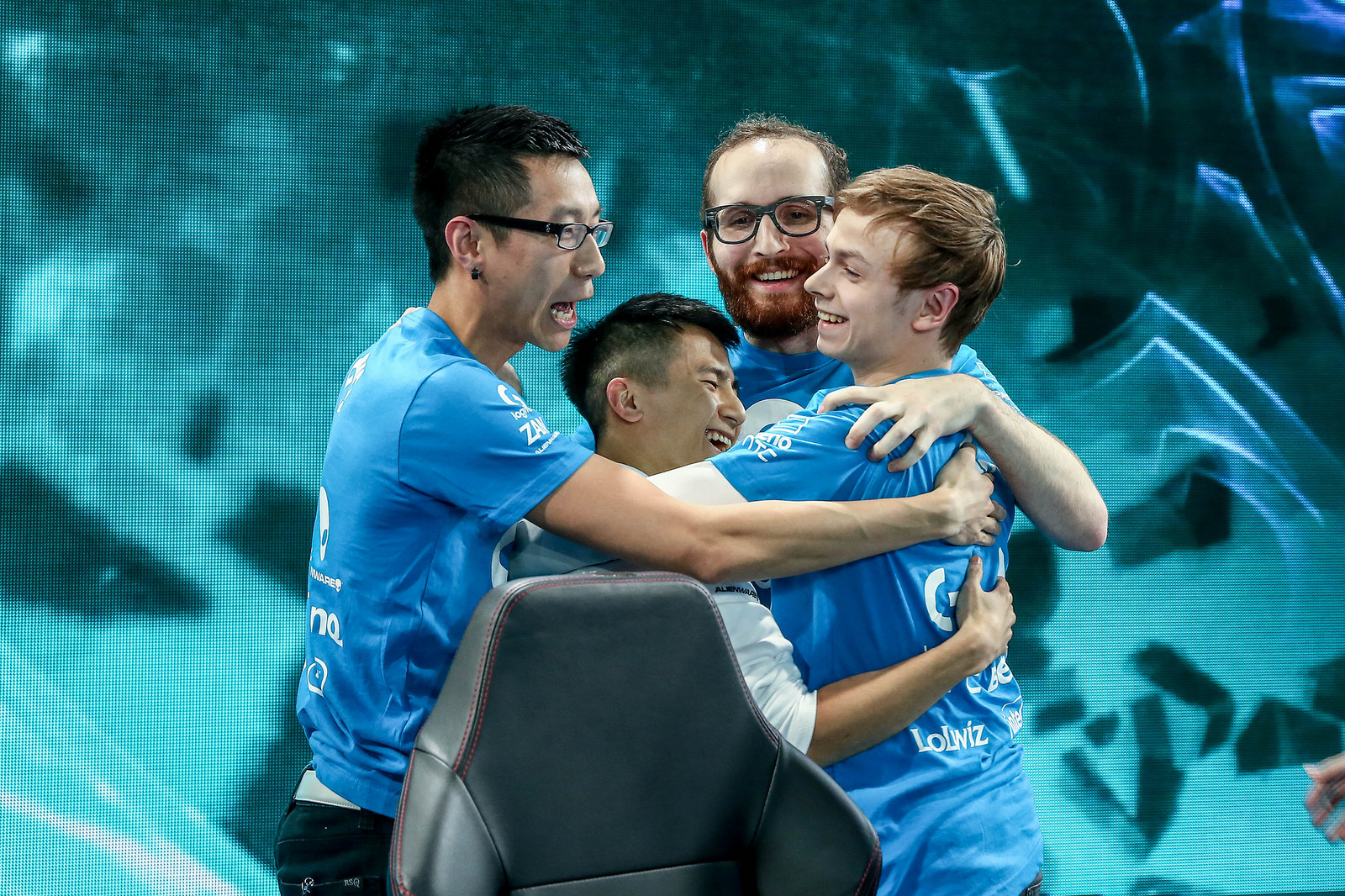 One week in, and the League of Legends World Championships is more unpredictable than it’s ever been. Teams expected to sit to at the bottom of the standings have risen to the top, while favorites have failed to live up to the hype. Perhaps the most surprising outcome thus far? Cloud9, the third seed from North America, leave the first week of the competition undefeated at the top of their group.

Cloud9 ended the North American League Championship Series in seventh place. Any hopes of even attending the World Championships were so small that most counted them out entirely. It took a monster run through the regional finals, knocking out three teams above them, to get them to Paris.

Impressive as that was, their chances of progressing still seemed bleak. They were drawn into a group with European favorites Fnatic, LMS number one seed AHQ esports club, and Chinese second seed Invictus Gaming. Yet in a tournament full of surprises, the North American underdogs have gone undefeated.

“I think every team in the group will come out of the break stronger, but especially Invictus Gaming.”

The team ended their first run of games against European hopefuls Fnatic, another game expected to go against Cloud9, and another game that the North American team took in a surprise victory. Support player Daerek “LemonNation” Hart said his team “just tried to delay the game for as long as possible until [Cloud9] could win teamfights.” They were forced to stall the game out after a very western style throw when attempting to secure Baron.

“The way we won was just by kiting back, making them use as much as possible by poking them,” Hart said. “And then eventually we randomly got a fight were Darius got a pentakill and we won the game.” It certainly was a thrilling climax to the game—a fight broke out in the mid lane and ended abruptly, with Cloud9 top laner An “Balls” Le coming away with a pentakill.

“I was not expecting us to be 3-0 at all,” Hart said. The odds were certainly stacked against them, and the hopelessness of the situation was only compounded further in the team’s practice before the tournament began. “We were losing most of our scrims,” Hart said. “I definitely thought we were not going to make it out of the group, but now we’re at the top pretty dominantly”

“They seem to not have a good grasp of what’s good and what’s bad this patch. For whatever reason, their drafts have been god awful.” Hart explained,  “I think that’s been helping us out a lot but I think we’ve also been over-performing ourselves quite a bit.” Whatever it is that’s been propelling Cloud9 through the first week of matches, their spot in London is not guaranteed. The team will have to pick up one more victory next week to ensure progression.

“Next week will still be extremely difficult, I think,” Hart said. “But we only need to get one win to go through, so hopefully we can pull that out. It’s just going to be a week of scrimming for all of us so I think a lot is going to change.”

While on paper one victory might sound easy, Hart thinks the rest of the teams in the group will be back with a vengeance. “I think every team in the group will come out of the break stronger, but especially Invictus Gaming,” Hart said. “Once they throw away the picks that haven’t been working and fix their team comps, they’re all very strong players so they could come out a lot better.”

Despite the strong start for Cloud9, they’re still considered huge underdogs. Some Korean players, including Bae “Bang” Jun-Sik of SKT, say that the disparity between Western and Eastern teams is at an all time low, Hart agrees with that sentiment, but only to a certain extent.

“I can’t tell to be honest without seeing more games. Definitely so far the western teams have been doing a lot better than the rest of the Asian teams that aren’t SKT and EDG. Whether that will continue into the rest of the tournament after the break and into the knockout stages is yet to be seen.”

Cloud9 will be back in action to close out the group stage in Paris on Sunday, Oct. 11. While their eyes are still firmly set on getting that final win,  the players have already started looking ahead to London. “The only team i would rather avoid early on in the knockout stages is SKT,” Hart said. The Korean team look like the early favorites to finish top of their group, so if Cloud9 can keep their form up and take the number one spot in Group B, they’ll avoid facing up against the season three world champions.

Not enough esports for you? Check out this week’s Leaderboard!