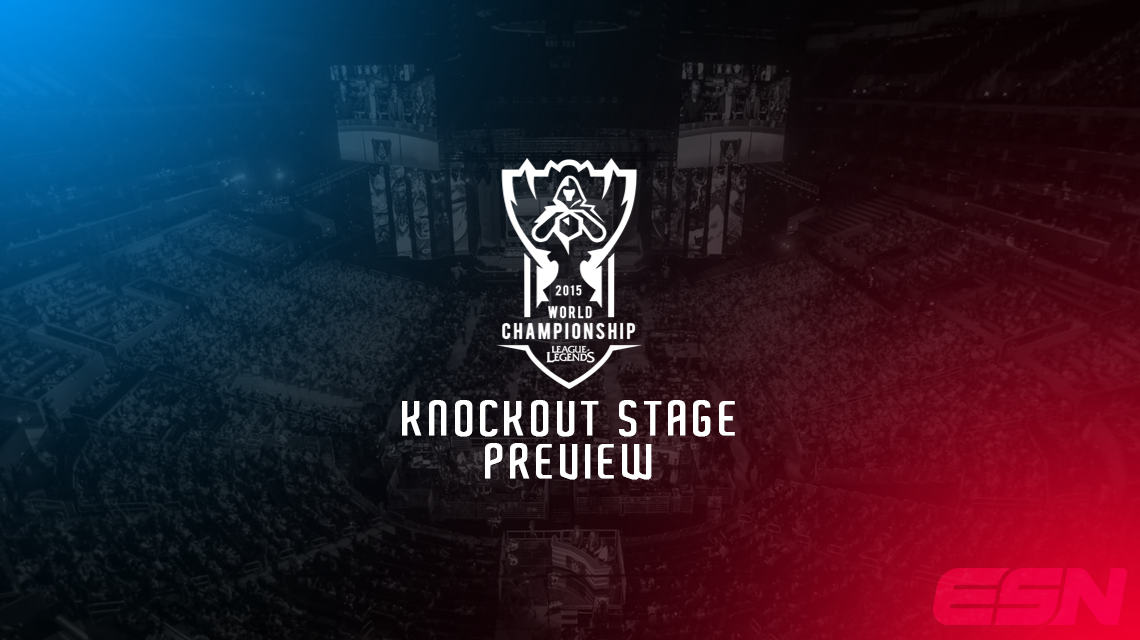 The Group Stage for the 2015 League of Legends World Championship has concluded in Paris, France, and with it, the elimination of some of the world’s most talented competitive teams. So, where are the eight remaining teams heading to next? The Knockout Stage.

As you may or may not know, the Group Stage format required a total of 16 teams to compete and play in a “double Round Robin-style,” according to developer Riot Games. Each match was to be played in a best-of-one series within a two week period, with possible tiebreakers. Pools were based upon the live Group Draw and previous regional events. Here are the results from the first two weeks of Worlds:

A total of 48 League of Legends matches were played within the Group Stage in order to determine the eight remaining Knockout Stage finalists, who will be competing for the 2015 World Championship title. The Knockout Stage will be hosted at three separate locations within some of Europe’s most recognized destinations. The top-eight remaining teams in Worlds: The three venues are as follows:

The entirety of the knockout stage–quarterfinals, semifinals, and finals–will be played in a best-of-five series format in a single-elimination knockout bracket. Once a team is defeated, they will be eliminated from the remainder of the event and sent home. The quarterfinals bracket was determined randomly through the selection of the top-two teams from each pool within the Group Stage. Quarterfinal matchups will not allow teams from the same pool to be positioned within the same half of the quarterfinal bracket; having said that, each quarterfinal will include a No. 1 seed and a No. 2 seed from each pool. This format will ensure that the higher-seeded teams are reimbursed for their performance in the Group Stage, along with averting any potential rematches before the finals. The semifinals in Brussels will feature two best-of-five series between the top-four teams in League of Legends. The two teams that come out on top will be facing off in the finals in front of thousands of fans at the Mercedes-Benz Arena and millions more at home. The grand finals is set to be an intense best-of-five matchup between this year’s top-two competitive League of Legends teams. The victor will be crowned the 2015 World Champion, along with getting to claim their well-deserved Summoner’s Cup.

All eight teams are positioned within the Prize Pool by default, and prizes will be determined by their final position in the Knockout Stage. *Disclaimer: The Euro exchange was approximated and rounded-up.

Be sure to note that this tentative schedule provided by Riot Games and is subject to change. Below you can find the match times and locations for the Knockout Stage. All matches will be broadcasted live from their website – watch.lolesports.com.