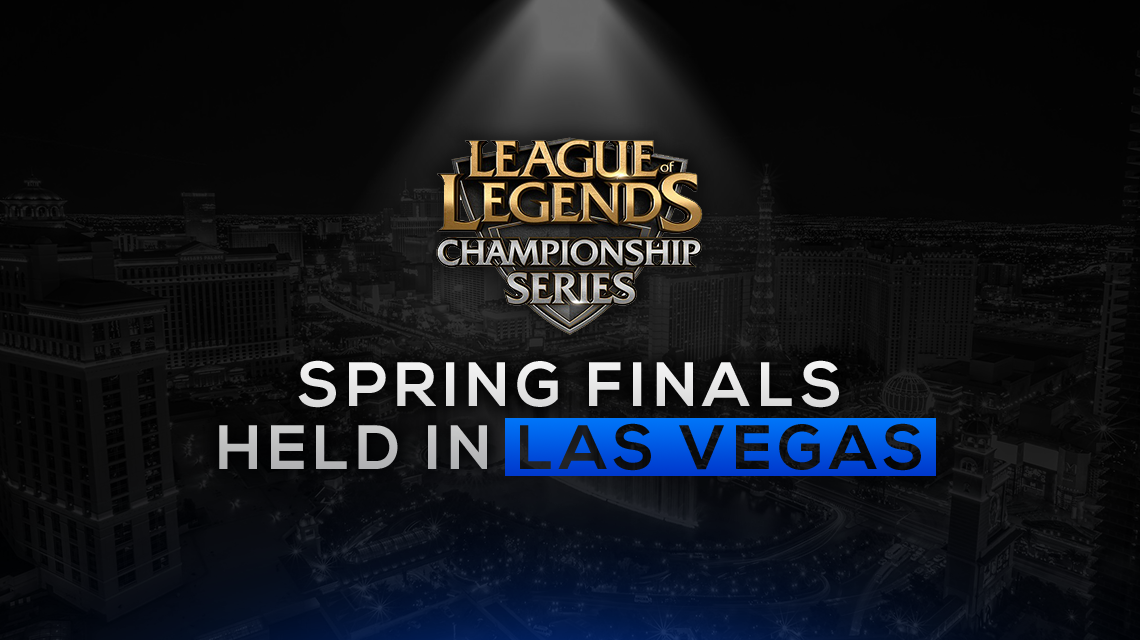 It seems as if the Spring Finals of the North American League Championship Series (LCS) has found a new home, Las Vegas.

Riot Games made the announcement via Twitter on the League of Legends eSports account that the 2016 event will take place at the Mandalay Bay Events Center in Las Vegas, Nevada on April 16-17. https://twitter.com/lolesports/status/696064869666140160 This is not the first time the company has taken the League out of LA; last year the Summer Finals were held in New York City at the world famous, Madison Square Garden. Now, the winner of the finals’ match will go on to represent North America at the Mid-Season Invitational. As of now, the location for the Mid-Season Invitational has yet to be announced.  Teams to play in the Finals are still unknown, but more than likely we will see some familiar faces such as; Cloud9 (C9) and Team SoloMid (TSM). As for tickets, they have not gone on sale as of yet, but the company is saying they will be able to purchase late February. Here are some of the details for the LCS: Venue: Will be held at the Mandalay Bay Events Center Dates/Times: – April 16 will showcase the 3rd vs. 4th place at ~12:00 PM PT – April 17 will showcase the 1st vs. 2nd place  at ~12:00 PM PT – NA Spring Finals will begin right after the EU Spring Finals ends Teams: Teams will be announced  from the  Top four NA LCS teams from Spring Playoffs Format: Will feature the Best-of-Five Prizes: – 1st place – 90 points and will represent NA at MSI 2016 – 2nd place – 70 points – 3rd place – 50 points – 4th place – 30 points We look forward to watching the Spring Finals at its new location.