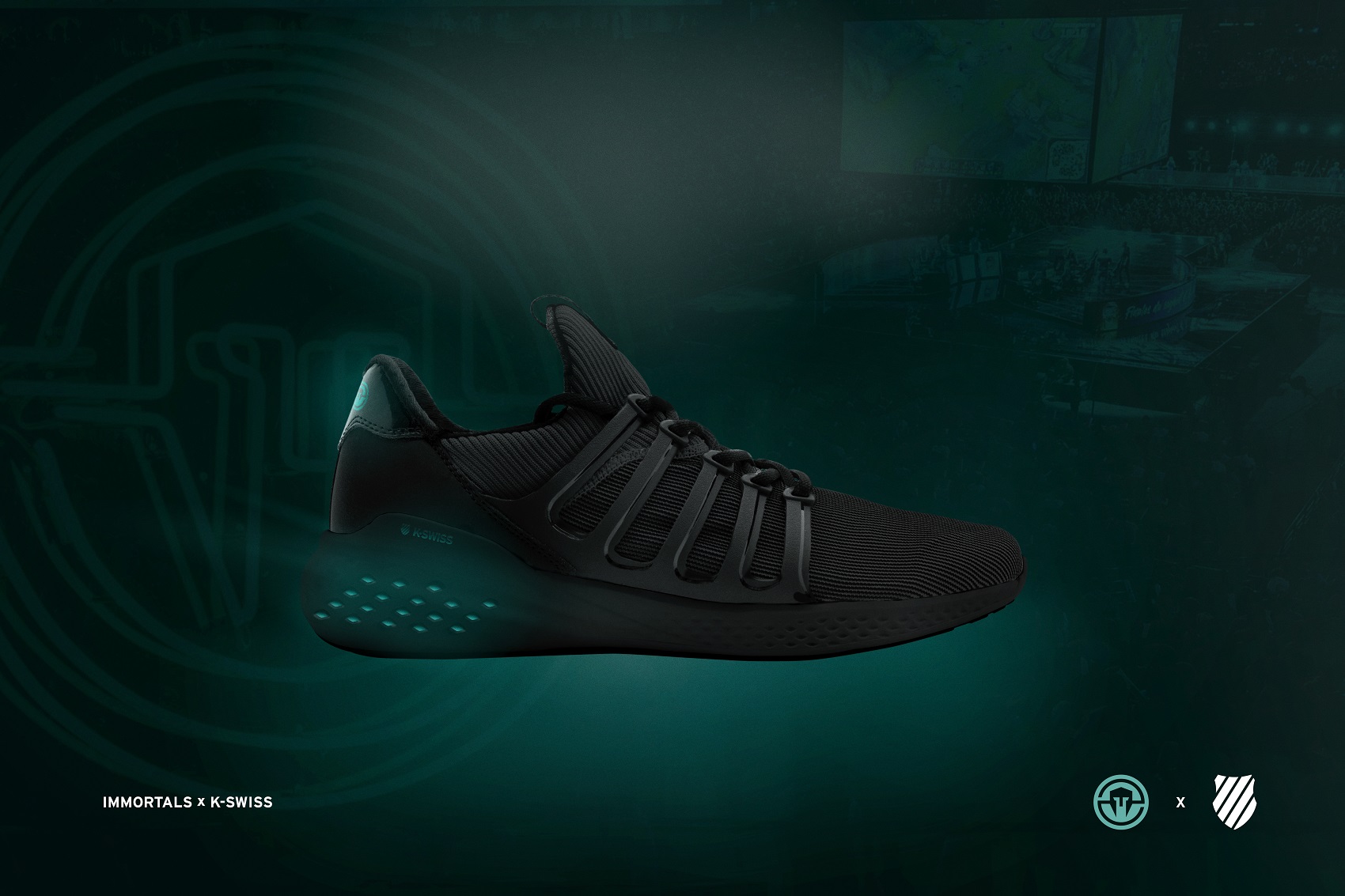 Footwear isn’t the first thing that comes to mind when considering esports gear. Keyboards, mice, monitors—that’s more esports’ speed. But sneakers can apparently be optimized for esports players, according to K-Swiss and esports organization Immortals.

The footwear brand is partnering with Immortals to create two sneakers for professional gamers, a lifestyle shoe and a technical performance model. It’s a “first-of-its-kind” partnership for an esports team. K-Swiss’ esports offerings aren’t exclusively for Immortals, either. Regular folks will also be able to purchase a pair of either Immortals-branded kicks.

Players and teams have long customized already-existing sneakers to coincide with team branding, but a specifically designed technical esports shoe? That’s a first.

K-Swiss’ esports lifestyle shoe is a version of the brand’s Kompass sneaker, just dazzled up with Immortals coloring. It’ll launch in December for $110 at select retailers and at the K-Swiss website. But more interesting is the performance shoe that K-Swiss will design for the team.

“Like any professional athlete, esports competitors look for any advantage they can use against their opponents,” Immortals CEO Noah Whinston said in a statement. “By wearing a uniquely designed shoe specifically created for our esports players with their input, they know that they have an immediate advantage—both physically and psychologically.”

K-Swiss will bring “scientific research” to the shoe, and visit Immortals training facility in Los Angeles to get input from players. “Movement of feet during a match” and “rising temperature in a shoe” will be considered by the K-Swiss research team. The technical esports shoe will also be available to the public sometime in early 2019, according to the press release.