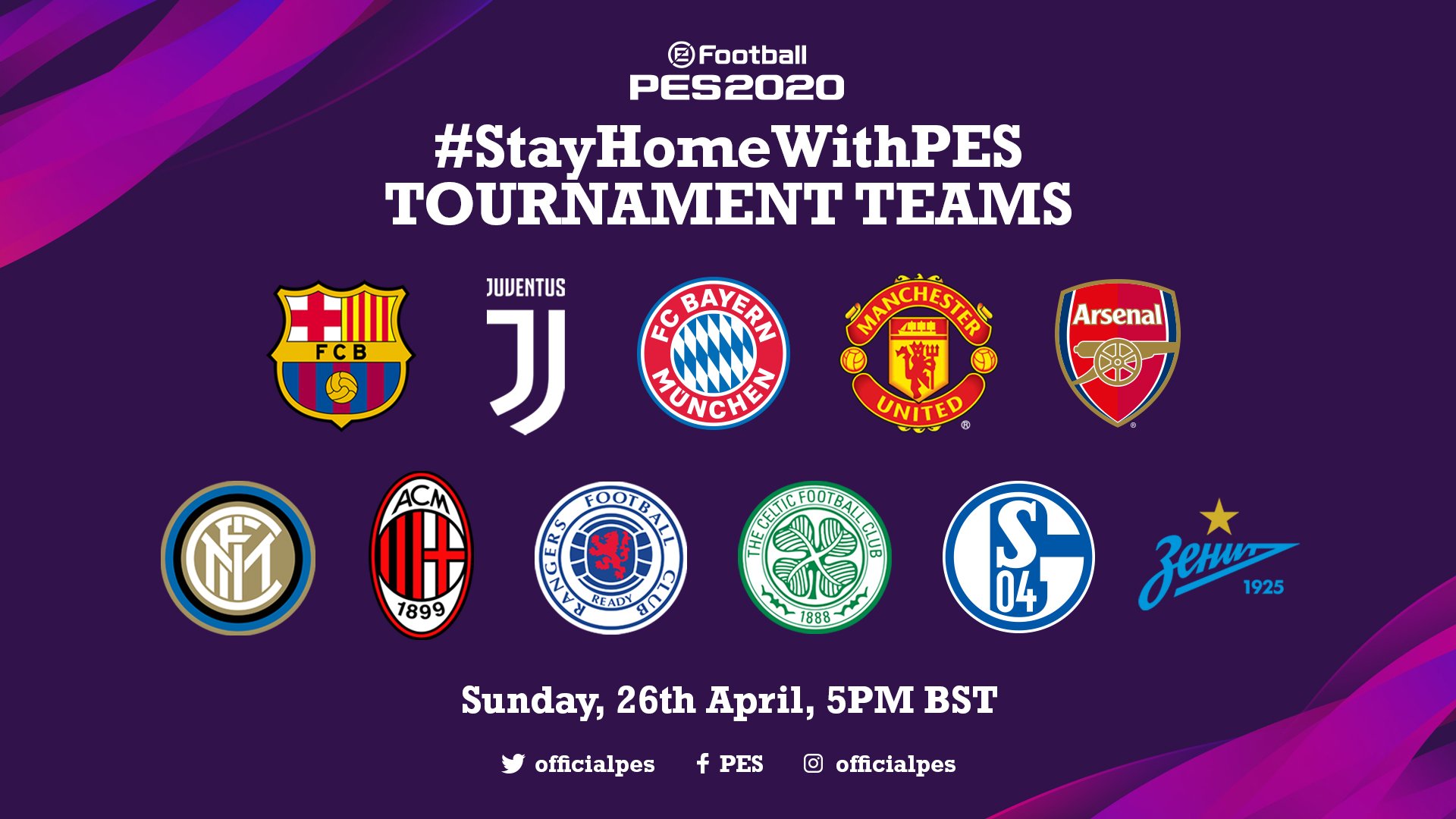 Konami is organizing an online eFootball PES 2020 tournament that will feature 11 soccer players, including Antoine Griezmann from Barcelona, Miralem Pjanić from Juventus, and Bernd Leno from Arsenal.

The tournament will be played on Sunday, April 26 at 1pm CT. Some players, such as Griezmann, Pjanić, Scott McTominay (Manchester United), Javi Martínez (Bayern Munich), and Sebastiano Esposito (Internazionale), will skip the round of 16 and move straight to the quarterfinals. You can check out the full bracket below.

The #StayHomeWithPES tournament will be broadcast on eFootball PES 2020‘s official YouTube channel.

Juventus star Pjanić said he’s a huge PES fan. “I’m excited to be part of this tournament and play the game on such a stage,” Pjanić said. “It’s going to be a lot of fun for me anyway.”

McTominay, who’s on the cover of eFootball PES 2020, can’t wait to put his PES skills to the test against some of his favorite players. “I’ve got my eyes on a final against Antoine Griezmann,” McTominay said. “He might be a World Cup winner, but he won’t be ready for me.”

It’s difficult to pick a favorite for the #StayHomeWithPES tournament, but McTominay and Pjanić are confident in their skills. Griezmann may also be a contender since he created an esports organization called Grizi Esport in January 2020.

Here are all of the #StayHomeWithPES participants.